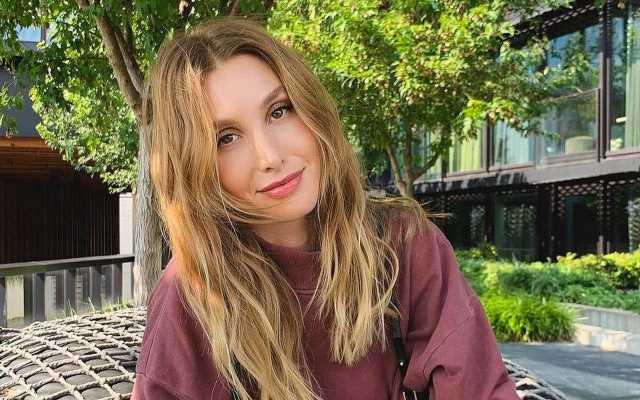 The reality TV star fears ‘another unhealthy pregnancy’ following a doctor visit as she is expecting a new addition to her growing family with husband Tim Rosenman.

AceShowbiz -“The Hills” star Whitney Port is expecting her second child after previously suffering three miscarriages, but fears this pregnancy could be “another unhealthy” one.

The reality star has revealed she’s seven weeks along in an emotional video she posted on social media, explaining she is reeling from bad news following a visit to her doctor.

“I am currently seven weeks pregnant, which is supposed to be obviously be really exciting and it has been, up until yesterday (sic),” Whitney says, as she sits beside her husband, Tim Rosenman.

“I have been going to the doctor and monitoring it because of my history with miscarriages… And everything was looking good up until yesterday. I went to the doctor and he did an ultrasound, and at first he was like, ‘Scooch down a little bit’, like he couldn’t see what he thought. He thought maybe it was just a positioning thing, and then he looked a little bit deeper and whatever was happening in there was not where it was supposed to be, given the week that I’m out.”

“He said that he was pessimistic about this pregnancy and that he told me to get blood drawn so I would, I will get blood results back today and see if numbers are going up or going down. He thinks they’ll likely be going down and then he is having me come in for another ultrasound on Monday.”

She adds the pregnancy is likely “another unhealthy” one, but she felt the need to share the news with followers because “it’s such a huge part of our lives right now and it affects everything, like physically and mentally and everything that we do.”

“It just felt like an opportunity to just share it because I couldn’t just sit here and go on with my life and not share it, and I know that there’s likely so many people out there that have had to deal with this.”

Whitney adds, “I feel… extremely grateful for (four-year-old son) Sonny, for the fact that we have Sonny and we have each other, that everything else is extremely wonderful (sic).”

Tim then comforted his wife and added, “I understand all your feelings, I don’t want to try and talk you out of any of them… We’ll figure out how we add to our family and what that looks like when the time is right.”

The video ends on an upbeat with Whitney offering an update, stating, “We went today to the doctor and the doctor actually saw an embryo and a heartbeat, which was something we were not expecting. I was living like this weekend… as though today he was probably going to tell us it was over.”

“But we wanted to keep you posted just because, I think for both of us, we feel like keeping this a secret feels weird and wrong. Sharing this with you just feels right. It is still very much touch and go, we’ll have another ultrasound next week, but as you all know we’re in the first trimester and during the first trimester anything can happen.”