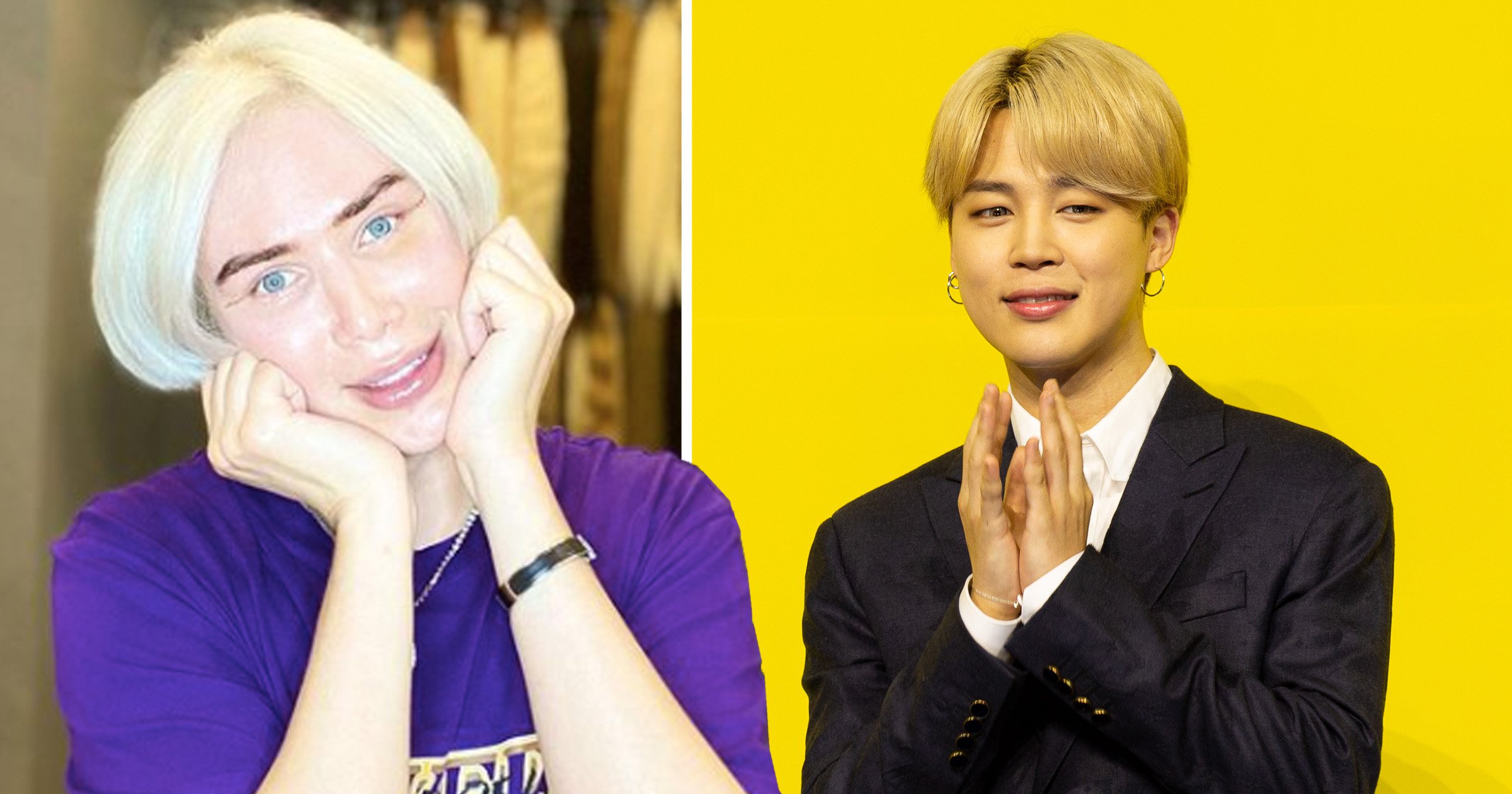 Influencer Oli London has come under fire for ‘coming out as Korean’ during Pride Month.

The 31-year-old, who is white and from England, has been criticised over the last few years for their cosmetic surgeries to look like BTS star Jimin.

Now, London has claimed that they are ‘transracial’, saying they now have ‘Korean eyes’ after surgery.

The social media star shared a video from their hospital bed after undergoing eye surgery, a face lift, brow lift and temple lift, adding to the 18 surgeries they have got to look more like their idol, and came out as both non-binary and ‘transracial’.

They said that they had been confused about their identity and were living in the wrong body for the past eight years – the length of time since K-pop superstars BTS debuted – and now identify as ‘they/them/Korean’.

‘I identify with the culture, I’ve lived in Korea, I speak the language, I have the Korean look now, I look completely Korean.’

When London referred to ‘looking Korean’, they zoomed in the surgery they got on their eyes.

In another video, they described themselves as having ‘transitioned’, saying: ‘I have the eyes.’

They wrote on Instagram: ‘I just want to set the record STRAIGHT… It’s Pride Month🏳️‍🌈 and I have always struggled with identity issues and been confused about who I am as a person👱🏻👧🏻. I took the difficult and brave decision to come out as Non-Binary⚧ and Korean 🇰🇷to help millions of other LGBTQI+ 🏳️‍🌈young people around the world, Kpop fans and the Korean people feel confident enough to be able to feel no fear to be able to express themselves and how they identify. 🙏🏻

‘In South Korea, there are millions of unrepresented LGBTQI+ people who are voiceless and who often face being ostracised from society and sometimes even being rejected by their own families, for being LGBTQI+. Being a member of the LGBT community in Korea, like in much of the world, is often met with hardships and rejection due to traditional and conservative viewpoints. 🇰🇷

‘I wanted to be a beacon of light for these brave people and tell them it’s okay to express themselves and it’s okay to come out to the world with however you identify. 🗽

‘Yes I identify as Korean. 🇰🇷Yes I’m non-binary. ⚧Yes I look like Jimin. 👱🏻But none of this should be a reason to outcast me from society, to dehumanise me and shame me for being who I am, a non-binary Korean person.

‘I will never stop being the person I was born to be! 👶🏻🇰🇷

‘Next time you decide to troll a person online and publicly shame them for their sexuality or identify- think about the consequences of your words. It costs nothing to be kind, to show respect and to spread love. Spread kindness this Pride month and let’s come together to fight homophobia and allow all human beings the same equal rights regardless of how each one of us identify.’
London’s claims have been criticised widely on social media, particularly their eye surgery to look more Asian.

One tweet read: ‘He literally got eye surgery to make his eyes “more Asian” and uses his platform to disrespect, infantilise and fetishise Asians on a daily basis’, while one person called their actions ‘the ultimate cultural appropriation’.

Another person responded to London: ‘I grew up as an Asian in a non Asian country. Getting bullied for the way I look especially my eyes. Finally I’m somewhat happy with how I look. And you really just said you’re Korean because you got surgery to make your eyes as stereotypically Asian as possible? Feels weird.’

Others called out people using London’s claims to make transphobic statements, as they likened London’s ‘transracialism’ to somebody transitioning from male to female, or female to male.

A number of conservative pundits ‘supported’ London, with Ben Shapiro telling London ‘live your truth’ and tweeting: ‘This bigotry during Pride Month of all times is a disturbing reminder of just what Trans Koreans face.’

London’s claims that they are now Korean mirror the story of Rachel Dolezal, who headed up the Spokane branch of the NAACP and claimed to be black before she was ‘outed’ as white in 2015.