Prince Harry is expected to fly across the pond so that he can attend the unveiling ceremony of a statue that was sculpted in honor of his late mother, Princess Diana. According to BBC News, the unveiling will take place on what would have been Diana’s 60th birthday; July 1. And while there has been a great deal of back-and-forth when it comes to whether or not Harry will be attending, recent reports, like this one from The Mirror, indicate that the Duke of Sussex is planning to be there. According to Entertainment Tonight, Harry’s wife, Meghan Markle, will not be joining him, however, as she just welcomed a newborn on June 4. “Meghan has just had a baby and has no plans to travel to London for the memorial event planned for the statue unveiling in the Sunken Garden at Kensington Palace,” a source told the outlet.

Now, the big question is when Harry plans on flying to the UK. According to The Sun, there are still strict rules in place for travelers because of the coronavirus pandemic. So, will Harry be heading to the UK much earlier than expected? Keep reading to find out. 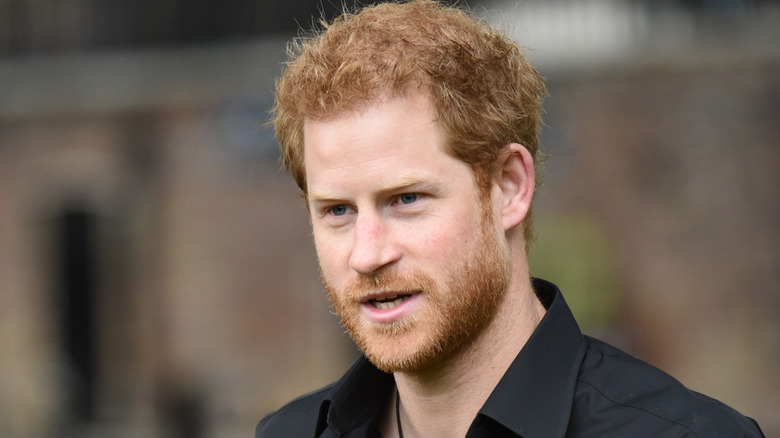 Prince Harry likely does not want to be away from Meghan Markle and his two kids for longer than necessary, especially given that he has a newborn at home, but travel restrictions are still in place in the UK, and he will have to abide by them, just as he did when he flew over for Prince Philip’s funeral back in mid-April. According to The Sun, Harry must quarantine for “at least five days” and he must take a COVID-19 test. “He is thought to be flying in from the States today or tomorrow and is expected to isolate at Frogmore Cottage, Windsor — which he has loaned to cousin Eugenie and her husband Jack Brooksbank,” The Sun reports, suggesting that Harry will hop on a plane on June 21. However, a 5-day quarantine suggests that Harry will fly into London on the 25th or 26th of June, which would give him plenty of time for his July 1 appearance.

Although Harry will be gone for about a week, Meghan Markle will likely have help around the house. According to Us Weekly, Meghan’s mom, Doria Ragland, has been on-hand to help out with Lilibet Diana. Doria “has been helping out at the house and her hands-on support is a major bonus,” a source told the outlet.