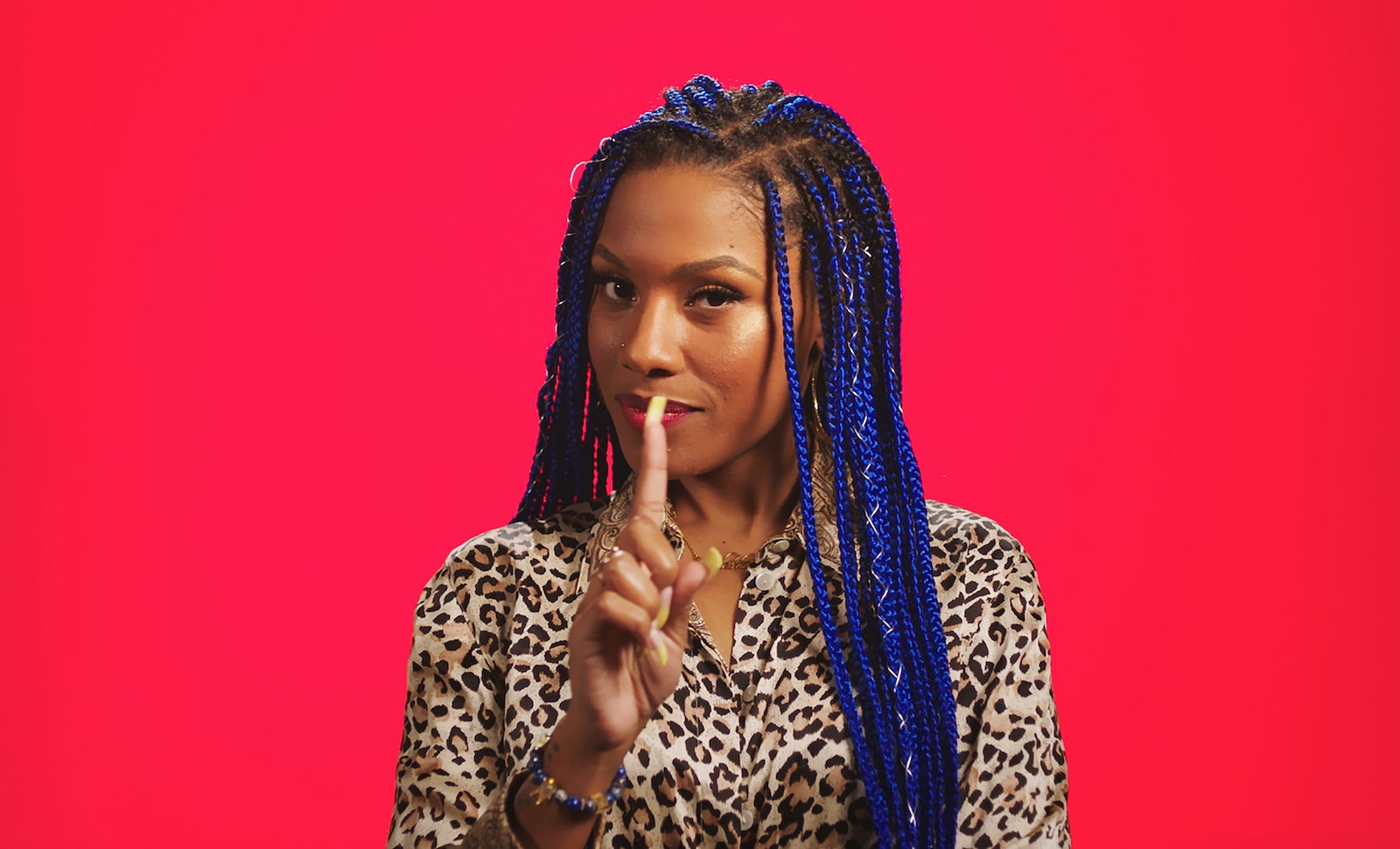 Deception is the name of the game in The Circle, but usually the viewers are at least in the know about who’s lying about what. One contestant may have changed the game in Season 2, though, because a quick look through everyone’s favorite blue-haired teacher’s socials will have you wondering what The Circle star Terilisha’s real job is. It looks like she may have hid her true profession from the other players without telling anyone.

As one of the first players to enter Season 2 of The Circle, Terilisha put her smarts front and center in her Circle bio, sharing that she’s a full-time substitute teacher with a passion for mathematics. While it may be true that she has a knack for math and has worked as a teacher, Terilisha failed to mention her real career is as a singer and actress. One look at Terilisha’s Instagram reveals she’s all about R&B music, having released her own five-song EP titled The Blue Heart in 2019. She also starred in the web series #Washed from 2018 to 2020.

Fans can check out Terilisha’s music on Spotify.

While lying about your job is pretty common in The Circle, it’s strange that Terilisha didn’t even tell the cameras about her music and acting career when she was in the privacy of her own room. The new reality star seemed to poke fun at her Circle persona a bit on Twitter when the show’s account revealed she was a math theorist.

In fact, as revealed on Terilisha’s website, the Dallas native has always been more focused on music than math. She began singing in church choirs and girl groups as a child, then launched her solo career at age 17 in 2003. Terilisha has been released R&B bops ever since.

Now that she’s such a standout on The Circle, a ton of new people are sure to discover and fall in love with Terilisha’s music, but it still seems strange that the singer didn’t mention her true passion at all while on the show. Hopefully, viewers will get to find out more in upcoming episodes, or Terilisha herself will spill some tea on her decision on social media. New episodes of The Circle Season 2 drop Wednesdays on Netflix.