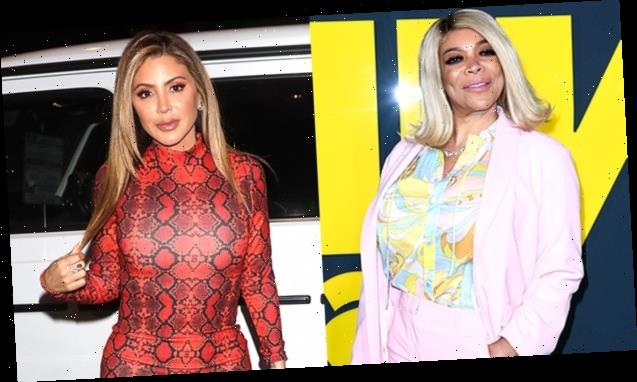 Wendy Williams heard the rumor that ‘RHOM’ may return and she wants in! She explained why she should land a starring role, and gushed over her friendship with ex-‘RHOM’ star Larsa Pippen!

Real Housewives of Miami star, Wendy Williams. It has a nice ring to it — don’t you think? While the latter isn’t an official announcement or confirmation, the talk show host, 56, expressed her undying (or newfound) wish to join the show on Thursday. While discussing a new report that Bravo is considering bringing back the Florida-based Housewives franchise, Wendy voiced her unofficial pitch to the network explaining why she should be cast as “a friend of the show.” She even cited her close ties to “friend” Larsa Pippen as a fitting segue into the Housewives world. RHOM, in which Larsa was an original cast member in season 1, ran for three seasons from 2011-2013. 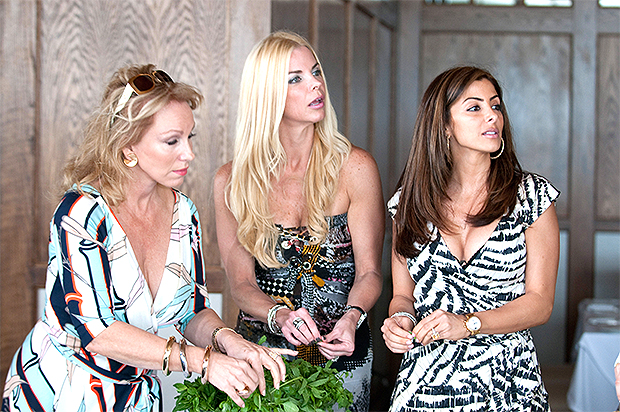 “They have Larsa Pippen, and why not?” Wendy said about proof-less rumors that Larsa, who still resides in Miami, may return to the show if it gets picked up. “She stirs the pot while looking beautiful doing it. She is a friend to the show and a friend to me when I hung out. I like her, I have no problem with her. She’s a good talker,  and she’s told me stuff I haven’t even shared with you,” the host gushed over Larsa, who continues to make headlines over her new romance with NBA player Malik Beasley.

“Here’s what I was thinking, and [Housewives producer] Andy [Cohen], this would benefit RHOM because I can tell you how my week was when I come back [from Miami],” Wendy continued to explain about how her role would play out, should she be invited to join the show. “My whole family lives in Miami. Even my son [Kevin Hunter Jr.] is on board with this. He’s like, ‘You should be a friend of the show. Well, he said, ‘You should be on,’ and I said, ‘No I don’t want to be on, because when you’re on then you can’t wear masks and you have to be involved in shooting all the time and the fights and stuff like that,” she said before poking fun at her real-life messy split from husband Kevin Hunter in April of 2019. “You can’t break up a marriage that’s already broken, and I’ve got that covered,” she said, laughing. 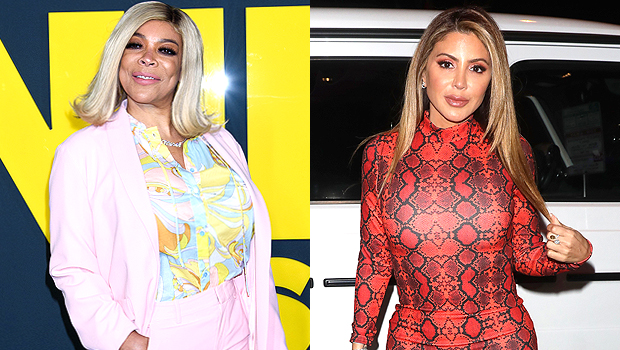 Fans of any Housewives show know that guest roles on the show are typically those who have some sort of friendship or relation to a cast member. So, that’s where Larsa comes in. “Miami is like my second home so I would like to be a friend of the show and you can bring me in by being a friend of Larsa Pippen,” she said before explaining what her role would entail. “I’m very nosey, I’ll become friends with everybody on the show, and then I’ll wander off and go see my dad [who lives in Miami] — no cameras, even though in the name of my mother [Shirley, who recently passed away], I’m sure my father will love that. I’ll go see my sister and spend time with my son and maybe if you all have cute daughters, maybe the kids can be out of it while we have adult fun,” she continued, adding, “That’s a good sell though, right? Alright, Bravo!

As for how she’d make RHOM work with her daytime talk show schedule? Wendy’s got it all figured out. “I’ll leave New York on Thursday nights after we do the second show and I’ll come back on Saturday night in time for Monday’s show,” she said, noting how The Wendy Williams Show tapes two live shows on Thursday, one of which is aired on the following Friday.

Wendy also mentioned that she already has “Miami dresses” and her “gear,” which includes her wigs and glam squad. While she’d prefer not to hold a “banana or peach” (as every Housewife does depending on which object or fruit fits their city), she may reconsider. “I’ll wear a mask and I’ll walk in the kitchen, grab an apple and stare in the camera with that long look,” she said, referencing the dramatic tagline moments that have made Teresa Giudice and more Housewives remembered through the years.