Amanda Owen, 47, responded to a fan on Twitter after they enquired about Ravenshead Farm sheepdog Kate’s whereabouts. The social media user noticed yesterday that the pooch had been missing from the Yorkshire Shepherdess’ recent posts.

In reply to a series of pictures shared by Amanda, Twitter user Lisa_j_dawson asked: “How’s Kate?

“I’ve not seen her in your photos for ages?”

Amanda soon responded to the tweet explaining that Kate had been taking a break following lambing season.

She typed: “Kate has been out & about but it’s a quieter time for her post lambing time. 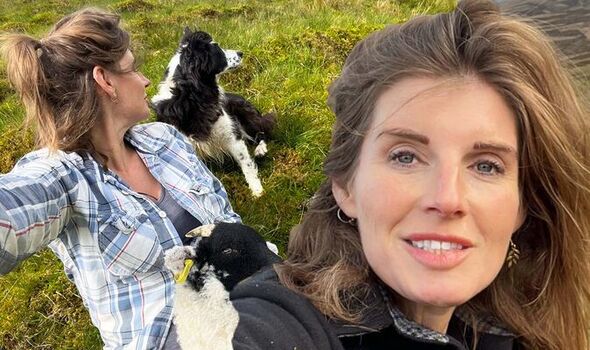 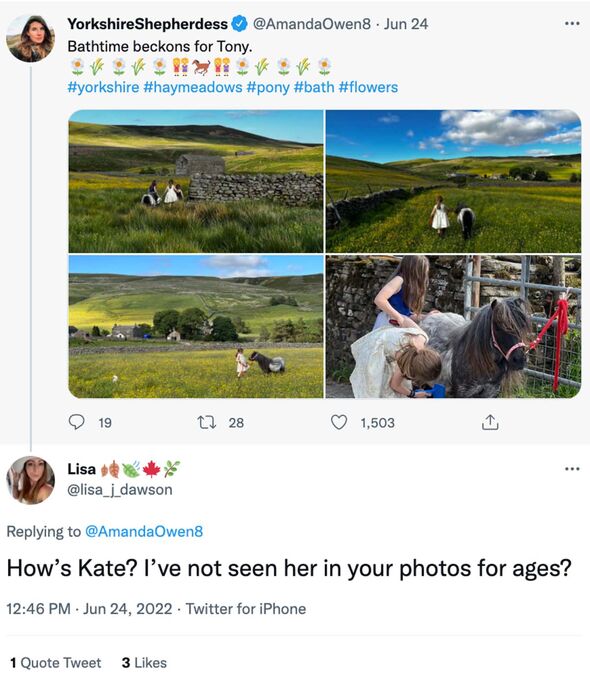 “A well earned rest with occasional endeavours to catch up with breakaway sheep that sneak into the meadows. #shepherdess #sheepdog.” (sic)

Along with her tweet, Amanda shared a series of pictures from the idyllic farm that showed the hay meadows.

All four snaps featured Kate, who could be seen helping the TV star with breakaway sheep.

Fans of Our Yorkshire Farm replied to Amanda’s tweet praising the “hardworking” dog for her role in keeping the Owens’ animals safe. 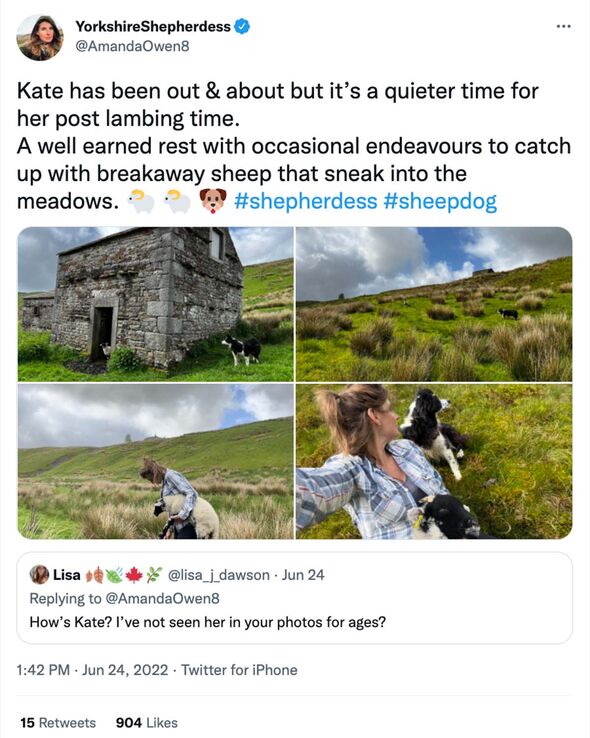 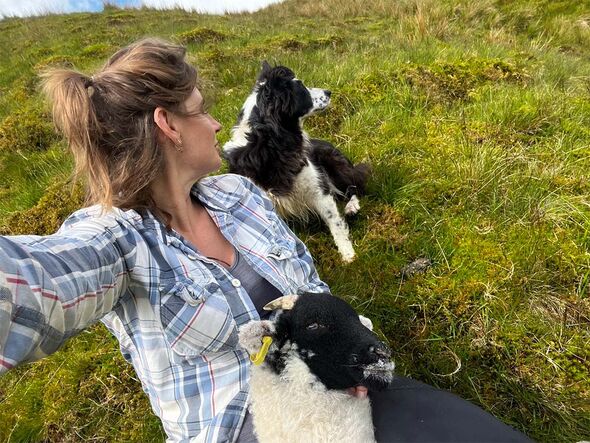 “Question Amanda…. I’m in North Yorkshire at the mo and the sheep are so hot in this heat, not being a sheep expert   why don’t they shear them now  to keep them cool ?”

ChrisRGollop penned: “Nice to see Kate is able to take her foot off the throttle a bit, what would you do without her, absolute gem.”

Earlier this month, Channel 5 released a statement confirming its future working ties with Amanda and Clive Owen following the news of their split.

Amanda took to Instagram on Thursday, June 9 to announce she and husband Clive had made the “difficult decision to separate”.

“Clive and I are sad to confirm that we have made the difficult decision to separate,” Amanda began.

The statement went on: “This hasn’t been easy, but we both believe it’s the right choice for the future of our family.

“Although we are no longer a couple, we continue to work on the farm and co-parent together with our number one priority the happiness and well-being of our children.”

In a statement to Express.co.uk, a Channel 5 spokesperson said of Our Yorkshire Farm’s future: “We respect the privacy of Amanda and Clive Owen at this time.

“They are very much a part of the Channel 5 family and we will continue to work with them in the future.”