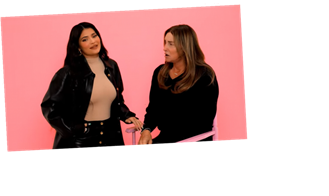 It’s a Jenner first! On Saturday, Caitlyn Jenner posted a video of her daughter, Kylie Jenner, doing her makeup for the first time ever. The Kylie Cosmetics queen brought out her products to get Caitlyn all dolled up.

“We’ve been talking about this for forever,” Kylie exclaimed. “We saved this special moment for you guys because this is going to be the first time that I ever do my dad’s makeup. Did you ever think this day would come?”

“No, did you ever think?” Caitlyn replied. “I mean, I was 65 years old before I finally came through this. It’s like I had to raise everybody else and I had such a life and finally, it was my time to be me and live my life.”

As Kylie did Caitlyn’s makeup, she expressed how much she loves her YouTube channel and her motivational videos. “I cried within the first five minutes. I watched it like I didn’t even know you. I was so into the story,” Kylie said. “I really was. It made me want to get up and workout and finish my goals for the day.”

The two also addressed why Kylie and Kendal Jenner still call Caitlyn “dad” even after she came out as transgender in 2015.

“Sometimes people get really confused when Kendall and I still call you dad. I know we had a talk a few years ago, and you were OK with us still calling you dad,” the makeup mogul said, before asking, “How do you feel about that now?”

The former athlete said it “was one of the best decisions I made.” “And sometimes this community can be pretty tough, especially when it comes to pronouns and everybody’s got an opinion, and on and on and on,” she continued. “But I really felt from the beginning that I got to do it my way that works for me, and everybody out there has to do it their way, which works for them.”

The 71-year-old reality star continued by saying, “Some people say ‘Oh, you’re the mother.’ No I’m not. I’m the dad, and I’ve been the dad the whole way. I will be their father until the day they die, or I die.”

“You always say, ‘My dad, she…'” Caitlyn told Kylie. “And that’s tough to kind of change the pronouns…And you guys are so good at saying [it correctly].”

The almost-16-minute video also includes the two talking about Kylie as a child, little Stormi and the first time Caitlyn ever got her makeup professionally done, all before unveiling the stunning final result. 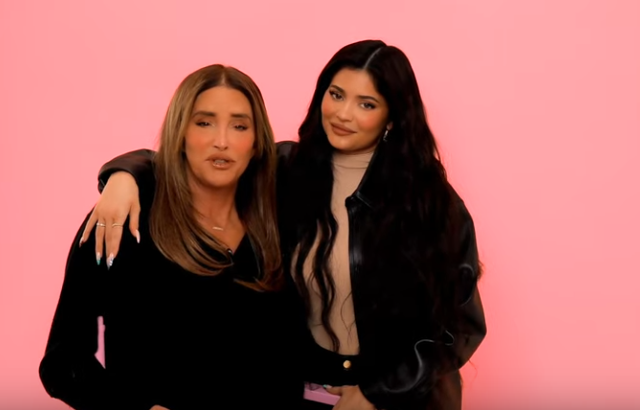 Last month during an interview on The Skinny Confidential Him & Her podcast, Caitlyn revealed that out of all of her children she is the closest to Kylie.

“I had dinner last night at Kylie’s house,” she said. “Once every two weeks I go over there and she always has these great meals prepared. [It’s just] Sophia [Hutchins], Kylie, and myself, and just three of us, nobody around… [we] talk for an hour and have a glass of wine and talk about stuff and this and that. And so from that standpoint, we’re a lot closer.”

The Olympian said she and Kendall are “still very close,” but she’s “a little more secretive.” “Kylie’s more of an open book,” she shared.

As for Kylie, a source told ET this week that she and Travis Scott are “doing a great job co-parenting together with little to no drama.”

“Kylie is a very hands-on mom and wants the world for Stormi,” the source said. “She does everything she can to show Stormi that she can be whoever she wants and accomplish anything that she sets her mind to — the sky is the limit.”

The source added that Kylie “absolutely wants more children one day and wants to provide Stormi with brothers and sisters of her own.”

For more on Kylie and Travis’ relationship, watch below.

Gaming the system: One of Australia’s richest YouTuber’s is a 25-year-old university dropout