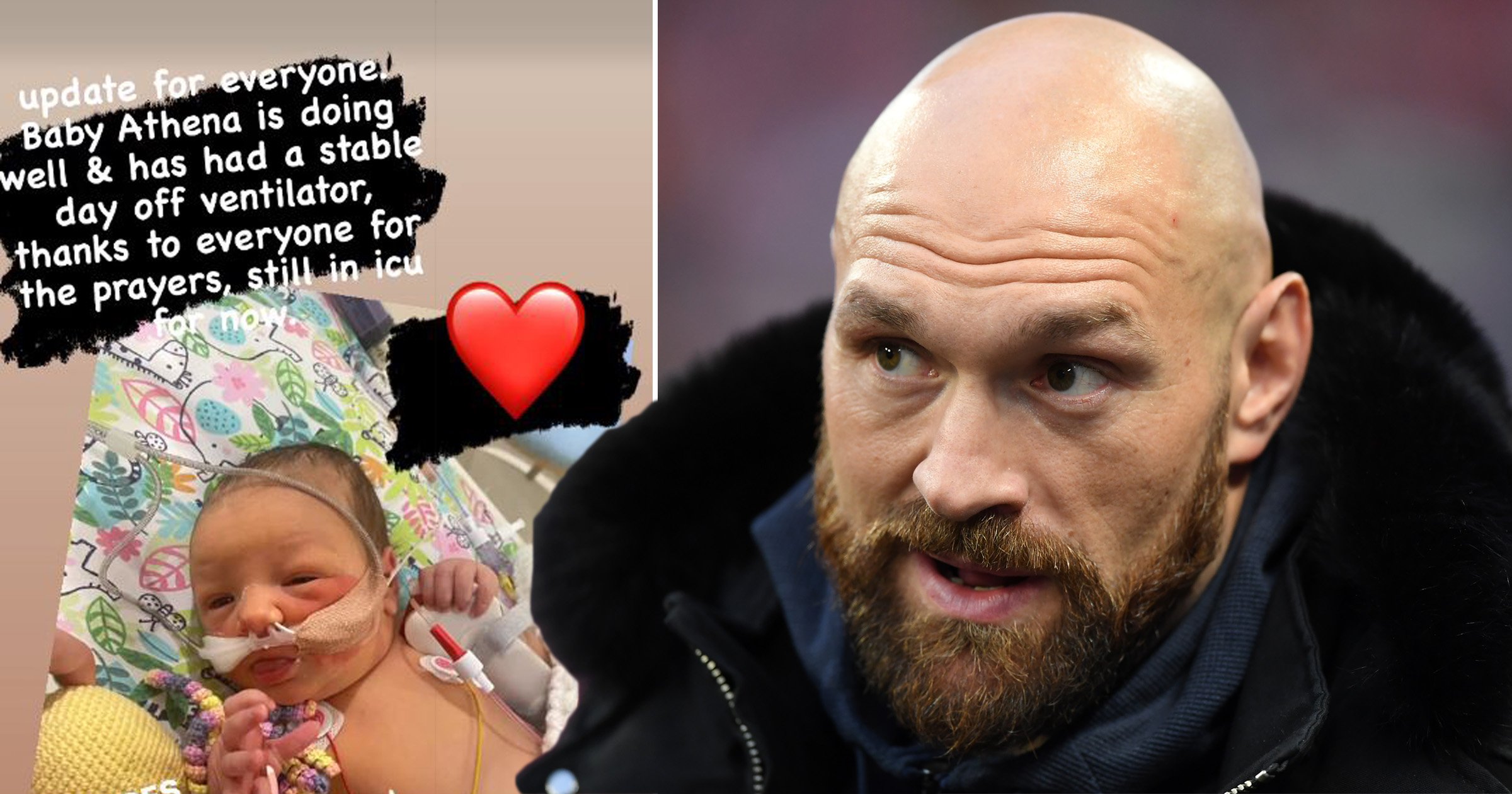 Tyson Fury has delivered positive news about his baby girl Athena, who is no longer on a breathing ventilator.

The boxing champ and his wife Paris Fury have endured a heartbreaking ordeal since Athena was born on Sunday, with the newborn immediately moved to the intensive care unit.

After asking fans to ‘pray’ for the little one, Athena was taken off the ventilator but re-admitted to ICU earlier this week.

Sharing the latest developments with his Instagram followers on Wednesday, Tyson wrote: ‘Update for everyone. Baby Athena is doing well & has had a stable day off ventilator, thanks to everyone for the prayers, still in ICU for now.

‘Thanks to all the DRs & nurses. God bless you all.’

He included a new photo of Athena surrounded by soft toys in the ICU.

Earlier in the day, Tyson, 32, had shared a video of the tot and told his supporters: ‘My beautiful baby girl this morning. More awake now and sucking her dummy.’

Referring to the day head, she added: ‘She has a big day today, please God it goes well.’

Athena is Tyson and Paris’ sixth child together, as they are already parents to daughters Venezuela, 10, and Valencia Amber, two, and sons Prince Adonis, one, Prince Tyson, three, and Prince John James, seven.

When announcing Athena’s arrival last weekend, Tyson sparked concern when he asked fans to ‘pray’ for his baby girl.

Tyson is raffling off two signed WBC belts, and a GoFundMe has already raised nearly £28,000 for the trust.

The sports star has been married to childhood sweetheart Paris since 2009, and opened up about their family life when announcing her pregnancy in February.

Speaking to boxing reporter Gareth A Davies, Tyson said: ‘I have a beautiful wife, beautiful kids, we’re all healthy.

‘That’s the most important thing you know, your health and your family. Nothing else really matters.’