Trump has not won a Nobel Prize in any category, despite what a new video edit would lead viewers to believe 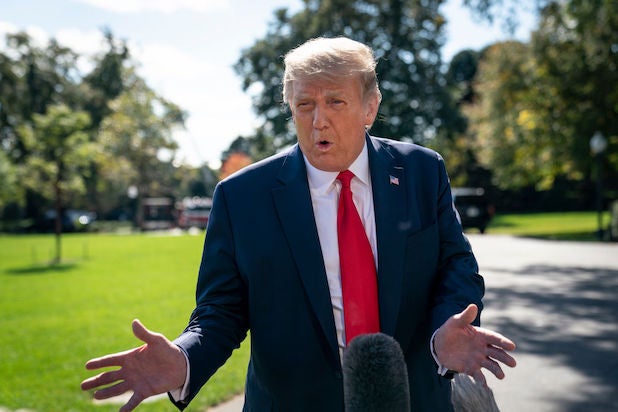 Outgoing president Donald Trump tweeted out a video Monday night that had a Nobel Prize superimposed over it, though he’s never won one.

The video didn’t include the correct medal, either.

The clip tweeted by the president — who has so far refused to concede that he lost the 2020 election to President-elect Joe Biden — lauds him for “[standing] for America,” among other things. The unexplained Nobel Prize appears toward the end of the minute-long video, after a title card that declared, “Trump stands for peace.”

Journalists were quick to point out that though the medal appears in the clip, it is not something Trump has actually won.

“Professional medal guy here,” he wrote. “I’ve actually catalogued/authenticated a Nobel Peace Prize before (it brought over a million bucks at auction). That’s not even a Nobel Peace Prize. The medal depicted is awarded for physics, chemistry, physiology or medicine, and literature. Idiot.”

For what it’s worth, far-right Norwegian lawmaker Christian Tybring-Gjedde nominated Trump for the 2021 Nobel Peace Prize in September.

He told the Associated Press Trump deserves the honor for working “for a peace agreement between the United Arab Emirates and Israel which opens up for possible peace in the Middle East.”

The president has predicted he would win the prize “for a lot of things,” but said the process is unfair, so he won’t. In April of this year, he also ranted against the committee, demanding to know when it would revoke Nobel prizes awarded to journalists. He actually meant Pulitzer Prizes and he repeatedly misspelled Nobel as “Noble.”

Look for the medal at the 43-second mark below.