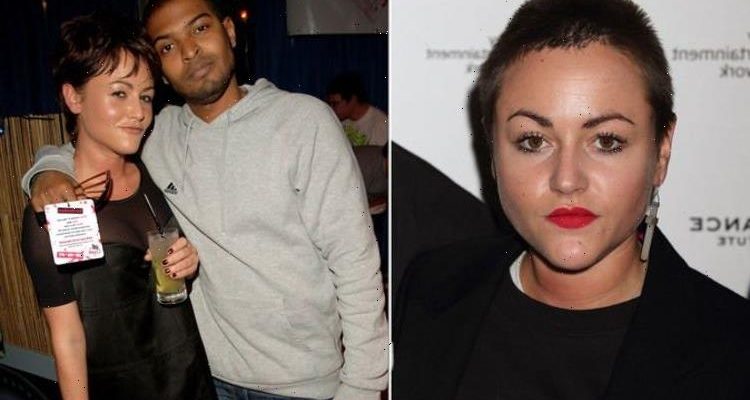 Noel Clarke’s former Kidulthood co-star, Jamie Winstone, 35, has spoken out after Clarke has been accused by 20 women of sexual harassment and bullying. Clarke has strongly denied the allegations made towards him and insisted he seeks ‘professional help’ in order to ‘educate’ himself and ‘change for the better.

Noel, 45, has been stripped of his recent BAFTA award and had his membership with the organisation revoked in light of the allegations.

Jamie was just 20 when she worked alongside Clarke on the 2006 film, with Ray Winstone’s daughter taking on the role of Becky.

The Camden, London, born actress has now shared her view on her Instagram page.

In view of her 80,400 followers, Ms Winestone shared a “Time’s Up” logo which refers to the #MeToo movement when 300 women in Hollywood spoke out against “counter systematic sexual harassment” within the entertainment industry.

Alongside her post, Jamie penned: “When your late to the party but you’ve been on the list for 15 years [sic],” alongside a closed fist and crying emoji.

Following the initial revelations, in a statement made to the PA News Agency, Mr Clarke said: “I vehemently deny any sexual misconduct or criminal wrongdoing.

“Recent reports however have made it clear to me that some of my actions have affected people in ways I did not intend or realise.

“To those individuals, I am deeply sorry. I will be seeking professional help to educate myself and change for the better.”

In an article initially published by The Guardian, Clarke was accused of acts including sharing sexually explicit pictures and videos without consent.

It’s believed the alleged incidents happened between 2004 and 2019.

Earlier today, a spokesperson for The Metropolitan Police confirmed to Express.co.uk that following separate allegations surrounding actor Noel Clarke, they have received a further report.

In a statement, they said: “On Wednesday 21 April police received a third party report relating to allegations of sexual offences committed by a male over a period of time.”

While at the time of publication, there was no active investigation, the force added: “Officers are currently assessing the information.”

“We would urge anyone who believes they have been subjected to a sexual offence to report this to police so the information can be assessed and investigated accordingly.

“There are specially trained officers ready to provide advice and support.”

Following the allegations, ITV made the decision to pull the remaining episode of Viewpoint from their scheduling.

ITV said who has a “zero-tolerance policy” towards bullying, harassment and victimisation and has “robust procedures” in place to investigate such claims said: “In light of the very serious nature of the allegations against Noel Clarke raised by 20 women in the Guardian’s report, ITV has decided it is no longer appropriate to broadcast the final episode of the drama Viewpoint on ITV main channel this evening.

“We are mindful that some of our viewers have already invested four hours of their time over the past four nights in following this thriller which was due to conclude this evening, and they have yet to see the final episode.”

The final episode of the drama was pulled hours after it was set to be transmitted across the nation.

Just days before the allegations came to light, Jamie hinted on her Instagram that she was not fond of Clark receiving the Outstanding British Contribution to Cinema award at the BAFTAS.

Alongside a picture of Daniel Kaluuya who stopped the Best Supporting Actor award at the Oscars for his role in Judas and the Black Messiah, she wrote: “Now that’s what you call Outstanding Contribution to film — man like Daniel, congratulations well-deserved #bafta #oscar [sic].”