Tim McGraw had a tough night at a recent concert in Reno, Nev., after he got frustrated and went into the crowd to confront some hecklers.

The country singer, 54, brought the entire show to a halt on Saturday at the Nugget Event Center during a performance of “Just to See You Smile” when fans started to notice something was going wrong and let him know about it.

Video obtained by TMZ shows McGraw seemingly forgetting some of the lyrics to his song. Despite the mishap, he tried to power through anyway.

Unfortunately, some vocal attendees near the front row clearly took some digs that got under the artist’s skin. He didn’t take too kindly to having his show interrupted and began going back and forth with the hecklers on stage. 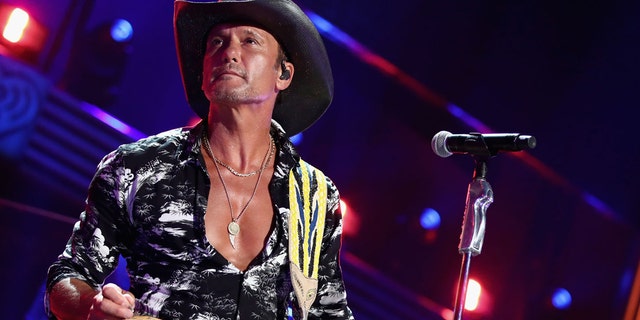 Tim McGraw got confrontational at a recent concert in Nevada.
(Rich Fury/Getty Images for iHeartMedia)

In one of the videos, he can be seen telling them that if they don’t like the way the show is going, they can leave. When that wasn’t enough, he jumped into the crowd and confronted the hecklers. It’s unclear from the video what was said before he got back on stage and continued the show. However, several people in the crowd can be heard getting vocally annoyed at McGraw for stopping his show to yell at some unruly attendees.

When he finally resumed his show, McGraw decided to address why he was having some trouble remembering the lyrics to his own song. It turns out that he did the Reno show despite being up for 48 hours in order to film the upcoming “Yellowstone” prequel “1883.”

“If I forget words tonight, just know I’m old.” he said with a laugh. “And I’m shooting a movie and I’m working with my wife.”

“There are a lot of variables in that situation. So, if I forget the words, sing along with me and help me out,” he concluded.

McGraw will co-star alongside Billy Bob Thornton, Faith Hill and Sam Elliot for a story that will take place in the titular year and see the Dutton family as they embark on a journey west through the Great Plains to start a life on unsettled American land.