Controversial “Too Hot to Handle” star Haley Cureton is not letting internet trolls get away with criticizing her looks unscathed. In a heated post to Instagram on July 8, the reality star called out fans for commenting on her obvious transformation since appearing on the show in 2020.

“I’m so grateful for everyone who follows and keeps up with me and comments on my post but Jesus Christ can some ppl SHUT THE F**K UP,” she seemingly yelled in the caption of her selfie, which can be seen below. “I’m so open about getting work done since THTH I literally talk about everything I had done (nose job, fat transfer to forehead and lip filler) I literally said on the show if I ever had the money I would get a nose job and I meant it!!” she continued. Haley shared before-and-after photos in February of the results of her above-mentioned plastic surgery. She also got breast implants following her stint on “THTH,” per ScreenRant.

“I understand that people are entitled to their opinion and it’s ok to think I looked better before or after but with the show being a little relevant again literally all my top comments are about my appearance and it’s so f***king LAME,” she added, clearly annoyed. This isn’t the first time Haley has called out people from commenting on her looks, though. Keep scrolling to find out what she said just six days before her fiery post.

Haley Cureton has no problem addressing her looks 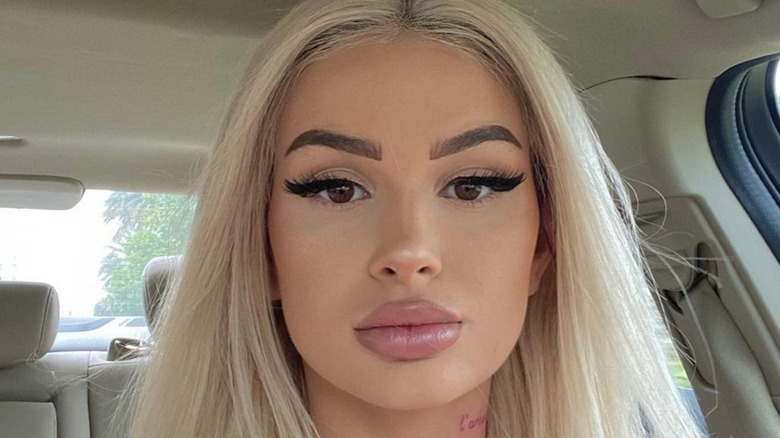