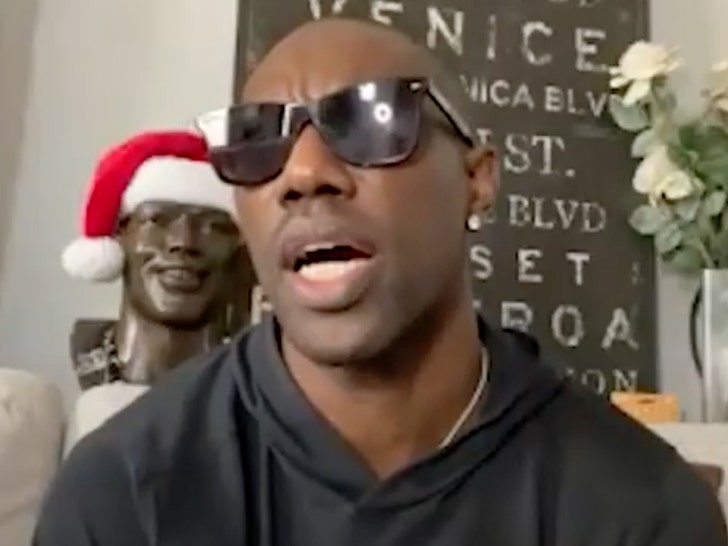 Terrell Owens is hoping that’s the case now in Tampa Bay … saying this week that after Antonio Brown got the boot from the Buccaneers on Sunday, he wants to step in and fill the void on the team’s roster.

TO made the announcement on “Getcha Popcorn Ready with T.O. and Hatch” — which airs every Sunday at 8 p.m. on Fubo Sports Network — saying he truly believes he can fill in for Brown during Tampa’s playoff run.

“If you think about where they are in the season, they don’t need me for a 16-game season,” Owens said. “Three to four games at the max.”

“So, yes, I feel like I can go in, I can contribute at a high level and can be productive.”

Owens hasn’t played a snap in the NFL since the 2010 season … but the 48-year-old Hall of Famer has routinely said he’s kept himself in good enough shape to make a comeback.

And, Owens says if he gets a shot with Tampa — he’s sure he can prove his critics wrong.

As for if the Bucs will actually call … they do need wide receiver help and are reportedly eyeing some free agents in the wake of Brown’s departure from the team Sunday.

So, get that popcorn ready in Florida?!