DIVE into AL MUFFRIH in the Spring Lodge Stakes. He looked a cracking prospect last year. Having finished third behind smart Knight To Behold on his only start as a two-year-old he kicked off last season with a Newbury maiden win. 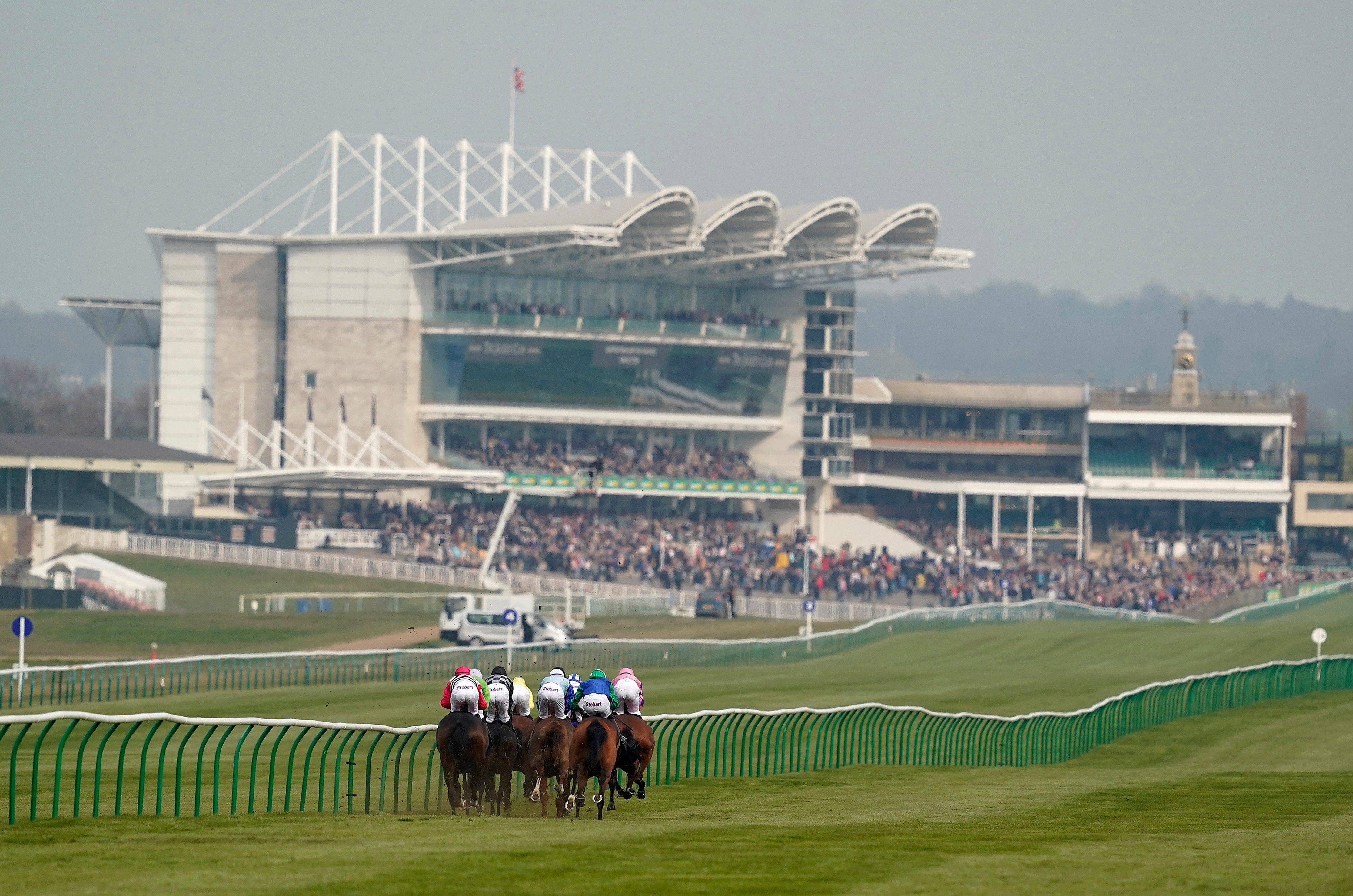 It was perhaps a little disappointing to see him finish fourth in a Sandown novice contest but that race worked out really well.

He’s not been seen since that run in June but William Haggas has his team in great form so I’m too particularly worried about his fitness as I’m convinced he’s well weighted.

I wouldn’t be at all surprised to see him in Group races further down the line.

Power Of Darkness looked unlucky on his return to action over 1m at Newmarket’s Craven Meeting but he was the architect of his own downfall in many ways.

He missed the break then pulled too hard in the rear before storming home to finish a head behind Beringer. This race looks stronger and his hold-up tactics are not always easy to execute at this course.

Elector failed to win last season. He did run oaky in some decent handicaps but there was little in the way of progression. His supporters are banking on the gelding operation he had over the winter bring about a fair bit of improvement.

Vintager hasn’t shown much in two runs since joining Goldolphin trainer Charlie Appleby from David Mensuisier. It’s too early to be writing him off but it’s hard to say he’s particularly well weighted. 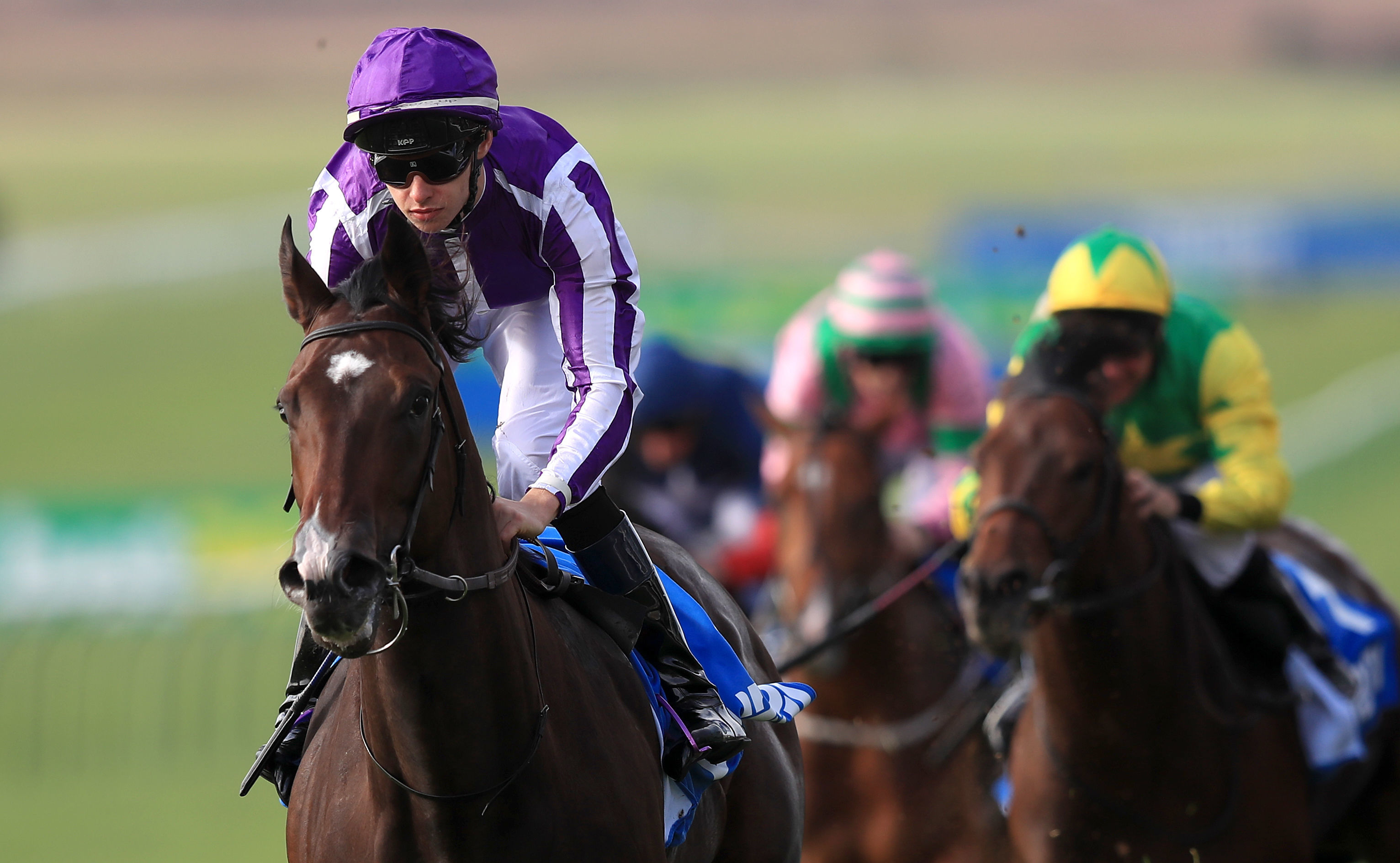 TUNE into SERGEI PROKOFIEV in the Zoustar Palace House Stakes. He has the potential to be a sprinter out of the top drawer.

His record over 5f is very good and he showed he handles this track when landing the Group 3 Cornwallis Stakes last season.

He started this term with a nice Listed success at Navan. It’s obvious he’ll have to step up to take this but it’s not hard to think he’s still got stacks of improvement in him.

Last year’s winner Mabs Cross hasn’t had a prep run this time but her record when fresh is good. She was touched off by the width of a fag paper in the Group 1 Nunthorpe but she made up for that near-miss when getting her top-level victory in the Abbaye at Longchamp on Arc day.

The problem is that means she has to give weight away to the boys and that’s not going to be easy.

El Astronaute is the type to make the step up to Group sprints but this track might not be for him. Although he has won here his best form has come at flatter courses like York.

Equilateral might be a bigger danger. His runs this season have come over 6f and he looks likely to be suited by the return to today’s shorter trip.

Queen Of Desire has won her last four races in Britain and she did well to win a fillies’ Listed prize at Bath last month. This is much tougher but she is on a good roll. 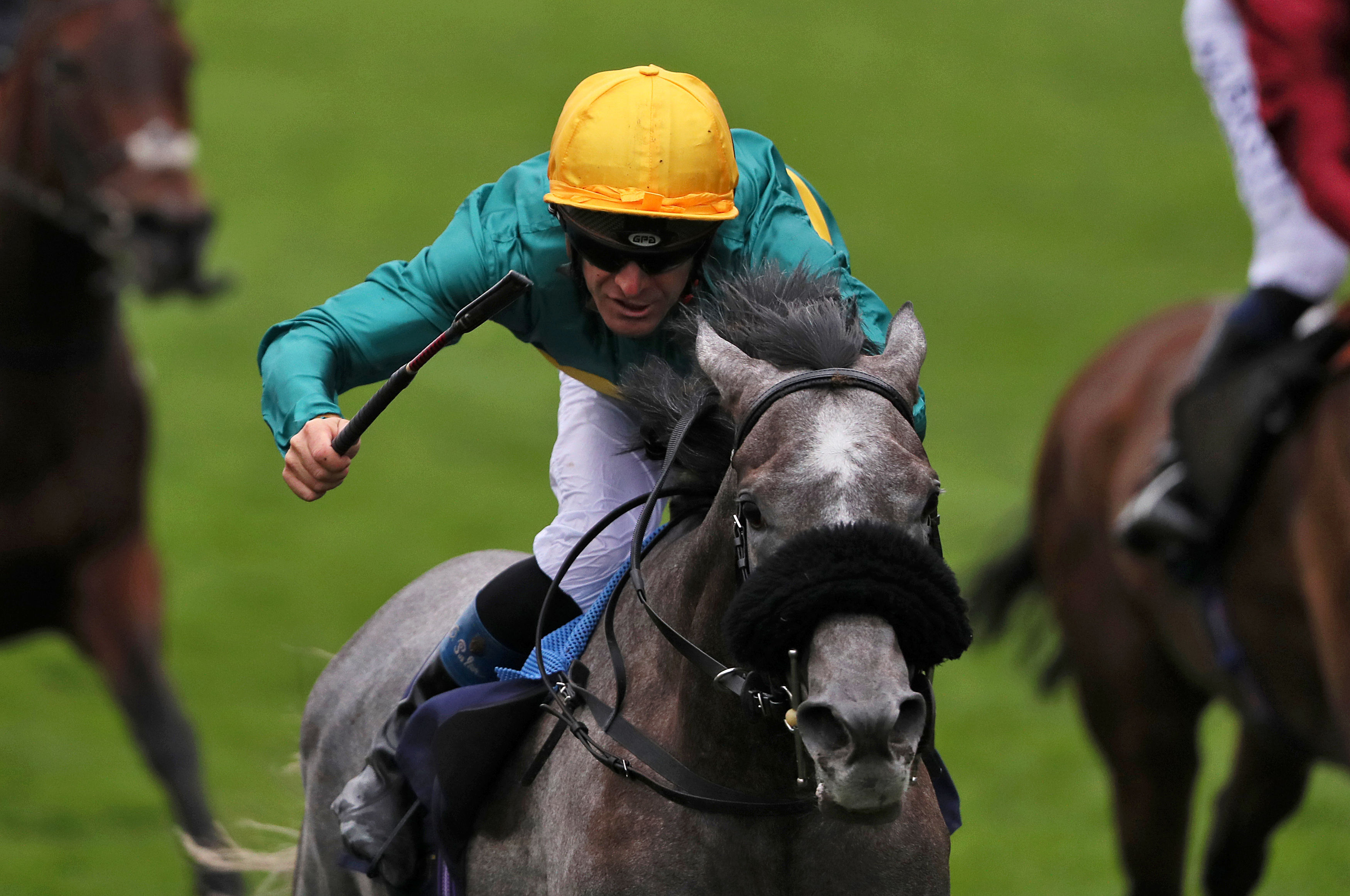 THE Roaring Lion Jockey Club Stakes should Net us some profit. CORONET hasn’t got the greatest of win records but that’s easy to understand when you see the kind of horses she’s come up against.

In her last three races she’s run well behind Poet’s Word, Sea Of Class and Magical. She’s won all four of her races outside Group 1 contests.

It must be agonising for her owners that she can’t just bridge that gap to land a top-class prize but it does make her a good bit in these slightly calmer waters.

Last year’s winner Defoe would appreciate a bit of rain. He beat Red Verdon in this race 12 months ago having warmed up with a win in a Newbury Group 3.

Roger Varian’s hope was only fourth in that race this time when conditions were in his favour. Even if the ground does soften up he still has questions to answer.

Young Rascal is another who would like a drop of rain. His only defeat in five runs last season came in the Derby and he should improve for his fifth behind Marmelo in the same Newbury Defoe finished fourth in. I’d expect him to reverse that form today if the ground is on the easy side.

Mildenberger was runner-up behind Roaring Lion in last year’s Dante. He slipped coming out of the stalls on his first run since at Epsom last week and he could easily play a hand. 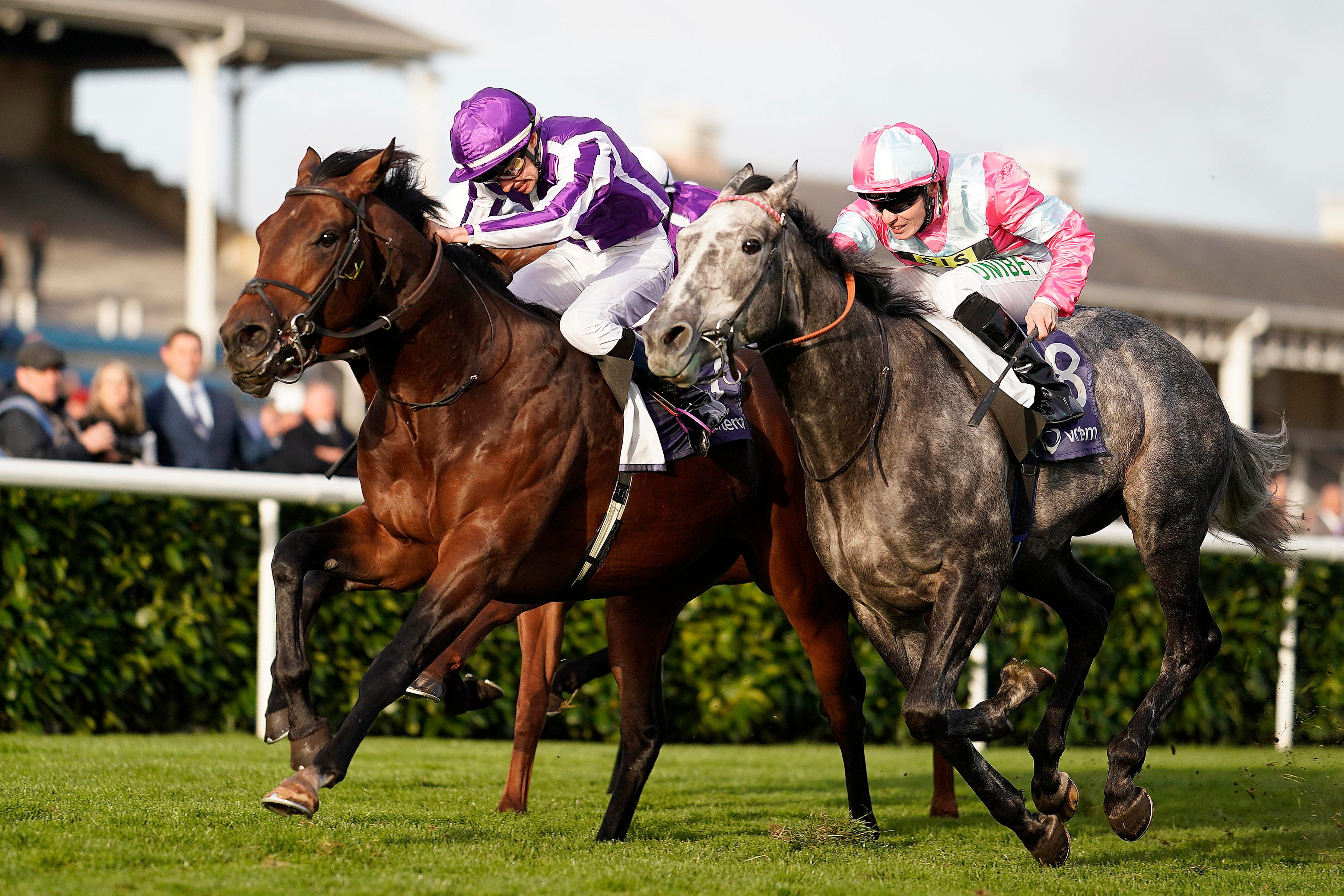 LET the bookies Grecia your palms in the Qipco 2000 Guineas. MAGNA GRECIA might be the lesser fancied of Aidan O’Brien’s two runners in the opening Classic of the season but I reckon he’s the one to be on.

He ran French ace Persian King – a big fancy for this race before Andre Fabre opted to stay at home for their version of the Guineas – over today’s track and trip in October.

I’m certain that’s good form and he proved that to some respect by using his stamina to land the Vertem Futurity Trophy at Doncaster.

That Grade 1 contest was run at a fast pace. I’d be surprised if today’s race wasn’t run at a similar tempo.

Trainer’s son Donnacha O’Brien – winner of this race on Saxon Warrior 12 months ago – takes the ride as Ryan Moore has plumped for unbeaten stablemate Ten Sovereigns.

He looked very good in completing a hat-trick of wins last season in the Grade 1 Middle Park Stakes. I’m not convinced that was a particularly deep race but it’s not his class that worries me – it’s the step up to 1m.

If he does handle it he could be very special but it’s more likely he will end up in the July Cup in a couple of months as he has the look of a sprinter.

Advertise is another who might find this stretching his stamina. He won the Grade 1 Phoenix Stakes over 6f last season before finding Too Darn Hot too darn good in the Dewhurst Stakes.

It’s a decent vote of confidence Frankie Dettori has jumped on to him after Too Darn Hot was ruled out but I’ve a feeling the 2000 Guineas might be won by stamina rather than speed this year.

Skardu had Momkin, Set Piece and Royal Marine behind him when winning the Craven Stakes a couple of weeks ago.

That was a messy and I thought Set Piece would improve a hell of a lot for the run. He’s the best of the outsiders and I expect Greenham Stakes third Urban Icon to go well.

SHOOT for the Moon in the EBF Daisy Warwick Stakes. This is a tricky Listed contest for fillies but I think it might be worth siding with CRYSTAL MOONLIGHT.

She has got a fantastic pedigree and there was plenty of promise in her runs last season. It’s good to see she won first time out last season and she went on to notch up a handicap win at Chelmsford.

That’s not much to write home about and she did end the season on poor note when trailing in well beaten behind Klassique at Newmarket.

That was on soft ground and she just didn’t seem to handle it and she is just the type of filly Sir Michael Stoute does well with.

Klassique is the obvious danger. Her Newmarket success in October was the third leg of a hat-trick and she went on to finish runner-up in a French Group 3.

There’s a chance she will be better over a bit further but this is a nice starting point.

I’m more worried about her than I am Enbihaar. She didn’t beat much when winning at Kempton in September and she stayed 1m6f well when upped to Listed class at Ascot in October.

It’s unwise to be writing off any John Gosden runner after just three runs but I’d be surprised if the nature of this race were to suit her.

GET your teeth into LOVE DREAMS in the Goodwood May Food Festival Handicap. He won over today’s course and distance last May before losing his way later in the season.

His two runs in Dubai continued his poor run of form but he ran much better when runner-up at Kempton in March. His disappointing streak last summer means he’s really well weighted and I reckon he can take advantage.

Qaroun is another with a win at this tricky track in the book. He made a promising return to action when beaten a neck by in-form Glenn Coco at Chelmsford last month. It’s not hard to think he’s got more improvement in him.

Whitefountainfairy was fifth in that Chelmsford race. Her record suggests a return to sprinting would be wise.

Impressive Musselburgh winner Three Saints Bay is nicely drawn but he will do well to give weight away all round to some less exposed horses.