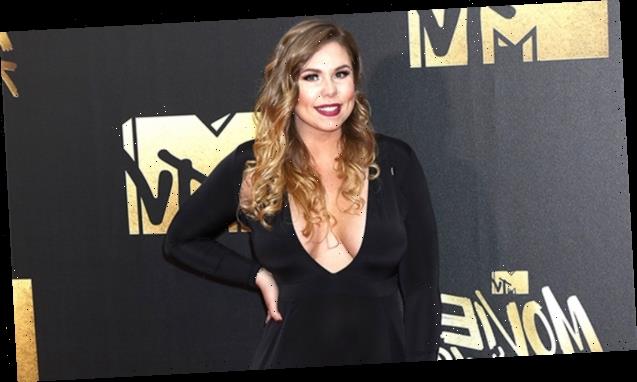 Kailyn Lowry and her four sons have packed up and moved out of the home they lived in for the past year. The MTV star shared an emotional farewell to the house where so many ‘highs and lows’ occurred.

A home can hold so many memories, especially if young children are involved. Teen Mom 2 star Kailyn Lowry is leaving behind the Middletown, Delaware house she’s lived in for the past year, and is going through some serious feelings about it. So much has happened to her during that time, including finding out she was pregnant for a fourth time and the house becoming the first home her now six-month-old son Creed has ever known. She shared an emotional Instagram post on Feb. 5 about what the place meant to her.

Kail shared a black and white photo of her walking through a nearly empty upstairs hallway. She was seen from behind, wearing a pair of leggings, a black sweater and black sneakers with her hair pulled up in a ponytail.

“I sold a house today. It wasn’t my first house, it wasn’t my second house, but it was the most important house. I put building my dream home on hold when I bought this house and took a risk many wouldn’t understand. This house is the physical manifestation of both the lowest and highest points of my life – the best point being Creed’s birth,” she began in the caption.

“I learned so much about myself and life in general through the extremes I experienced over the course of the year here. There’s so much more to my story & if you know me closely, you understand what I mean & what this represents. Closing this chapter for me means relief, optimism & confidence in future decisions,” she continued.

“I am grateful for where I am now & being able to see the silver lining through it all. Being thankful for the friends that stuck by me through everything is an understatement. I am super anxious to start our next chapter,” Kail concluded, referring to life with her four sons Isaac Rivera, 11, Lincoln Marroquin, 7, Lux Lowry, 3, and Creed. 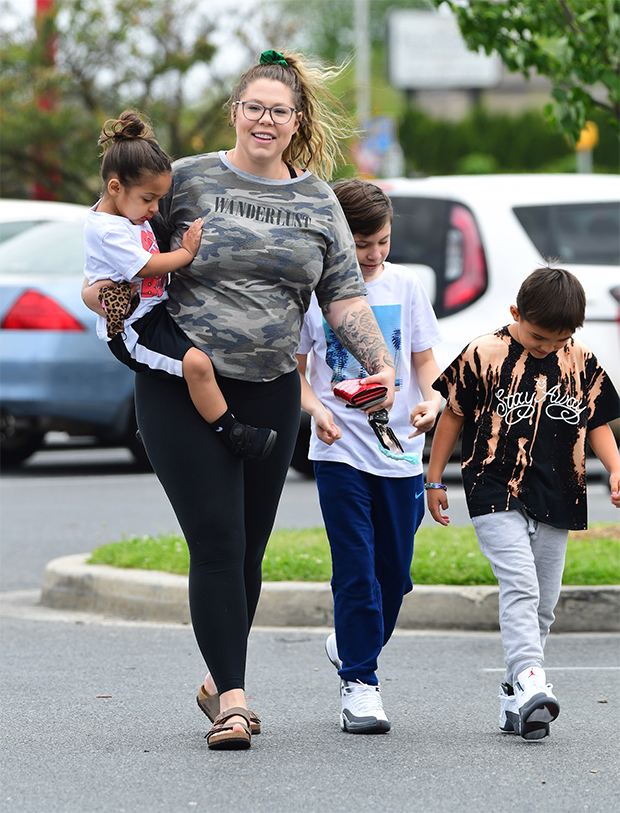 A then-pregnant Kailyn Lowry goes on a Target run with her sons in June 2020. Photo credit: MEGA.

Kailyn’s emotional year was visible when she broke down during an Oct. 27 Teen Mom 2 episode where she had to explain to her son Lincoln about why Lux and Creed’s dad Chris Lopez never came around. Older son Isaac had to explain to his brother about their mom’s complicated relationships with their dads.

“I definitely think Isaac has picked up on some of the things that are going on in my personal life because he’s asked me about them. There’s a lot of things I’m dealing with privately that I’m trying to work through in counseling. I don’t feel happy. I don’t feel good. I don’t feel like I’m being a good mom,” she tearfully revealed in a confessional.

“I think I let certain people into my life knowing that they were toxic, and I ignored a lot of red flags. And I think I let them stay too long…to the point where I lost myself,” Kailyn continued while sobbing. Kail retweeted the video and confessed, “hands down the darkest time of my life.” At least she’s leaving the house where those dark times happened behind. 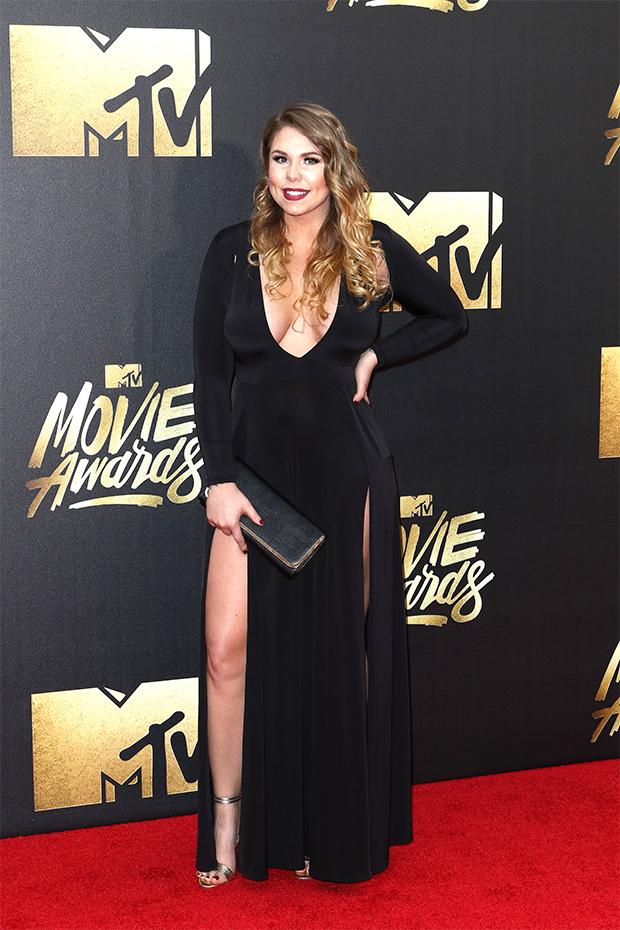 Kailyn Lowry is getting a fresh start in a new home after a highly emotional year in her old house. Photo credit: AP.

Kail’s Coffee Convos podcast co-host Lindsie Chrisley wrote that she was, “So proud” in the post’s comments, and the MTV star responded back that “I sat in the parking lot and cried for an hour.” In the same thread user @pink_berrysweet cheered, “@kaillowry let it out! It’s a sign of triumph,” and Kail admitted she was going through “literally so much relief.”

Her Teen Mom 2 co-star Leah Messer commented with a series of fire emojis, while Teen Mom OG star Mackenzie McKee wrote, “Proud of you… and that (peach emoji)” for how Kail’s derriere looked in the photo. Kailyn’s friends and fans also let her know that they were there for her.

Pal @juneallen7 told Kail, “Humility, Fresh & New. I got your back,” and the mom of four responded back, “@juneallen7 what a wild year.” Her friend reminded Kailyn, “@kaillowry Wild, indeed. You made it out tho.”  @queenkristine told Kailyn about her post, “This gave me goosebumps!!! Proud of you girlfriend. onto the next and best!!” and Kailyn told her, “thank you!!! So relieved,” about the move. Fans will likely get a look at Kailyn’s next home on the upcoming season of Teen Mom 2.