TALK OF THE TOWN: Sir Cliff Richard’s advice to rap superstars such as Stormzy… learn to sing

Pop legend Cliff Richard’s verdict on rap music? It would be fine – if its stars would only learn to sing!

The 80-year-old says: ‘When I’ve tried to listen to music today, I can relate to the music but I can’t always relate to a song… Sometimes I feel there’s a lacking in the melodic song – rap, for instance.

‘I don’t really like rap but I hear some tracks and I’m thinking, “If I could get rid of the guy’s voice, someone could write a really good song and have this fabulous backing, this track is so good.” ’

Good idea Cliff, are you angling for a duet with Stormzy? 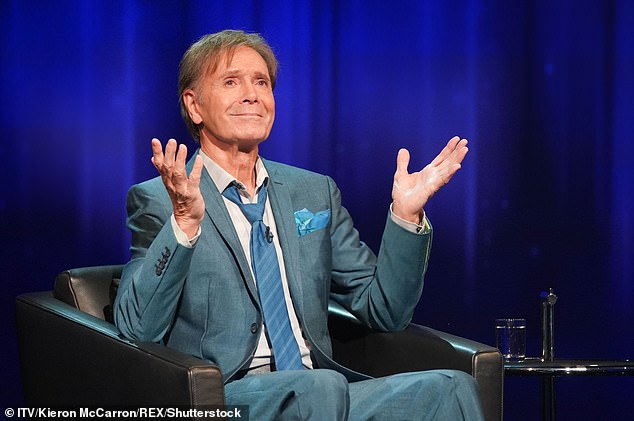 Sir Cliff Richard, pictured, has admitted he has found difficulties with some styles of music such as rap 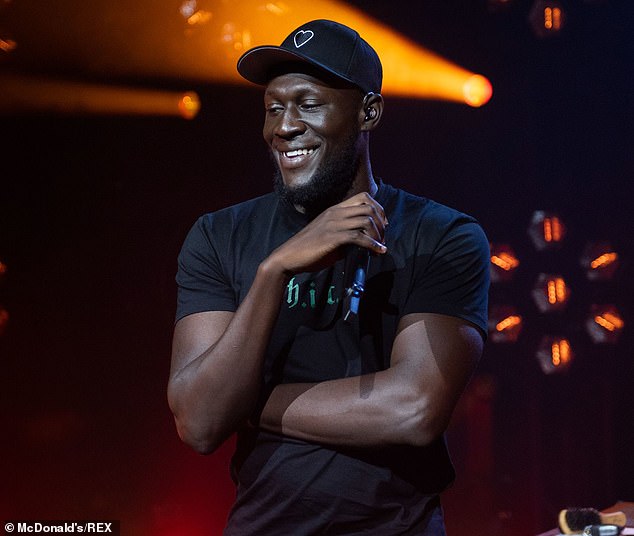 Maybe Cliff is angling for a duet with Stormzy, pictured

Talk about pulling up the ladder behind you… Despite winning two Oscars, Dame Emma Thompson has dismissed the Academy Awards as a money-making scheme.

The 61-year-old actress said: ‘The Oscars and the [Golden] Globes used to be quite fun. They were a celebration, if you like, whereas now… if you get your film the Oscar then the film will make that much more money, and it’s all gone a bit sort of lowering.’

No doubt Emma will be sending hers back right away – as well as the extra pay she earned as a gong-winner.

I fear James Blunt’s lockdown at his villa in Ibiza is getting to him after he admitted buying clothes for an imaginary nightclub bouncer called Svetlana.

James says: ‘I’ve built a nightclub in the garden. I have a mannequin on the door called Svetlana, who I dress. My wife gets very upset that I don’t bring her clothes but I do for Svetlana.’

Perhaps James, 46, is married to Sofia Wellesley, 37, the eighth Duke of Wellington’s granddaughter, has been spending too much time at his nightclub’s bar… 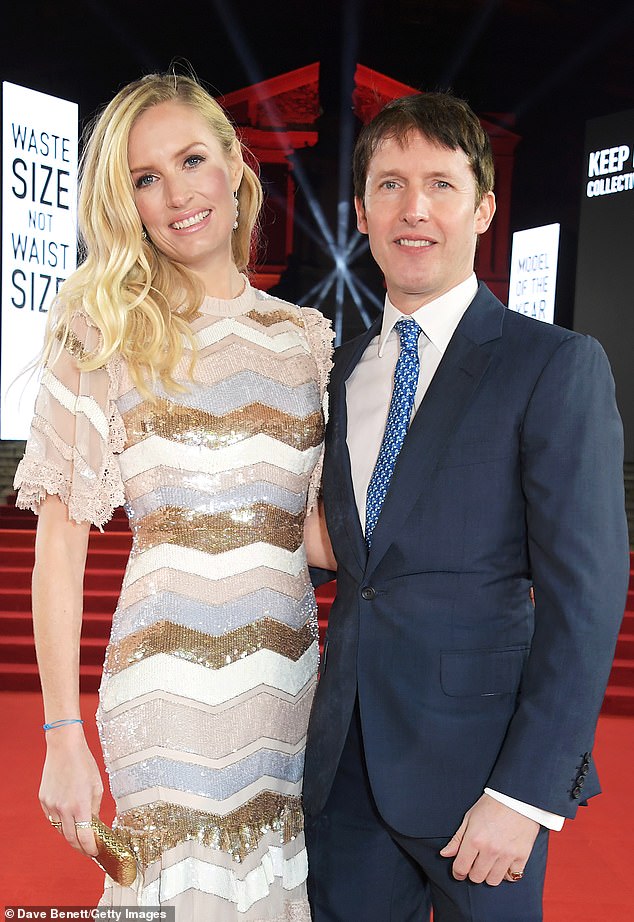 James Blunt, pictured with his wife Sofia Wellesley, the eighth Duke of Wellington’s granddaughter has been spending lockdown at their Ibiza villa