The late Doris Day was barely 51-years-old when she retired from showbiz in the early 1970s. 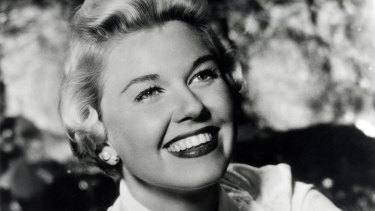 By today's standards such a move by a celebrity of her magnitude is incomprehensible.

Day, who reluctantly went into movies after finding success as a big band singer, had well and truly conquered Hollywood by the time she decided to call it quits. The sexual revolution and a new form of feminism, embodied by actresses like Jane Fonda and Mia Farrow, had left "America's sweetheart" looking a little out of date.

Rather than recreate herself, Day simply quit, walking away from a career the vast majority of actors could only ever dream of. 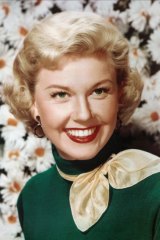 Day still ranks as one of the biggest female box office drawcards of all time; she is one of just three women who have featured in the official "Top 10" list ten times (Julia Roberts and Barbra Streisand are the other two).

For four years she was Hollywood's top box office drawcard, equal to John Wayne and Shirley Temple, although Tom Cruise has seven years as No.1 under his belt.

And while the world bid Day farewell last week, at the grand age of 97, the attention she generated posthumously is testament to the magnitude of her fame.

Her star shone bright despite doing everything in her power to snuff it.

After retiring in 1973, Day shunned the limelight for nearly half a century, receiving lifetime achievement awards, including Grammys, in absentia.

Not even President George W. Bush could coax her to the White House to receive her Presidential Medal of Freedom in 2004, the highest accolade a citizen of the most powerful nation on earth can receive.

Day devoted her off-camera life to animal welfare and assiduously avoided making public appearances other than to promote her charitable cause.

In many ways Day was the ultimate post-modern celebrity, a woman who dipped out of the business at an age which, by today's standards, would be considered her prime.

She had the fortitude to walk away from it all while her male counterparts – Clint Eastwood, Robert Redford and John Wayne – carried on acting (for better or worse) well into their senior years. Eastwood directed and starred in The Mule, released just a few months ago, at the age of 88.

Nicole Kidman, 51, Cate Blanchett, 50, Julia Roberts, 51, and Julianne Moore, 58, are all prime examples of women with healthy careers at the top of the Hollywood pile and on an equal footing with their male equivalents: Brad Pitt, 55, Tom Cruise, 56, Hugh Jackman, 50, and Robert Downey Junior, 50.

None of them would contemplate retirement.

While it would be easy to write off Day's legacy as merely that of an actor who was the original girl next door, who perfected playing characters defined by the patriarchal Hollywood studio system, that would ignore the true impact she had.

Indeed she ought to be remembered for being one of Tinsel Town's great survivors who had the courage to simply walk away from it all seeking a quiet life.

And who could blame her? 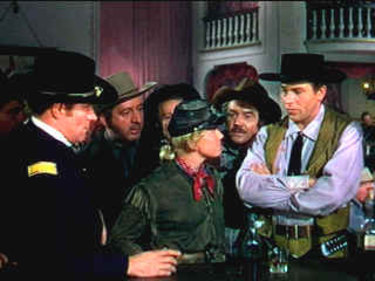 Doris Day suffered severe panic attacks during many of films, including one of her biggest hits Calamity Jane.

Day had amassed a huge fortune from her years in Hollywood, but her work load took a toll. She would regularly suffer panic attacks on film sets, even convinced she was going to have a heart attack while filming one of her biggest hits, Calamity Jane.

And then she faced the ignominy of having done it all for seemingly nothing. After her third husband and agent Martin Melcher died in 1968,  Day discovered he and his business partner Jerome Bernard Rosenthal had squandered her earnings, leaving her deeply in debt.

It took 11 years for Day to finally receive compensation, but it was only a fraction of what she'd lost. She also discovered she had been committed to a television series, The Doris Day Show, without her knowledge. She later admitted to hating her own TV show.

In 1996 she reflected on the final years of her career in an interview with OK! magazine: "It was awful".

Little wonder she wanted out when she did.