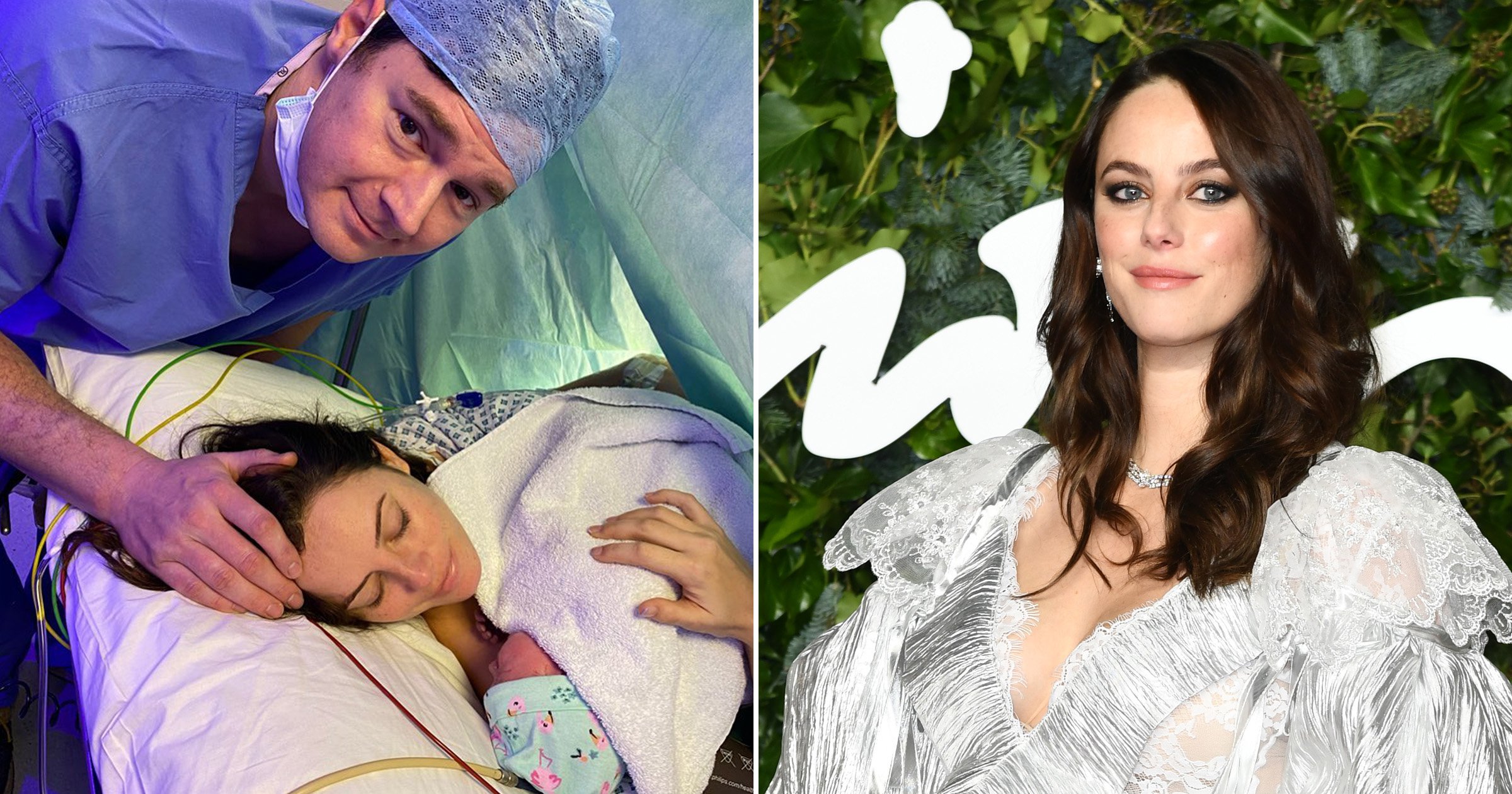 Kaya Scodelario has revealed she has given birth to her second child, sharing a sweet photo of the moment he was born.

The former Skins star, 29, shared a photo of herself in hospital cradling the newborn baby, as her husband Benjamin Walker, 39, stood by them in scrubs.

She told her followers: ‘You made it here little one. Starting the new year with so much love in our hearts & in our home.’

Kaya then joked: ‘Plus poop and puke, lots of that too.’

She and Benjamin are already parents to a five-year-old son, though the pair have never publicly revealed his name.

Kaya had announced her second pregnancy in September, sharing a photo of her cradling her bump in the mirror.

She told her followers at the time: ‘I tried to set up one of those beautiful pregnancy reveal pictures with the meadow and the golden sunset and the hay and the puppy’s and the perfectly put together BoHo outfit & flowing natural hair with baby chicks nesting in it but then I realised that IM WAY TOO tired, achey and lazy right now.

‘So here’s me pulling an awkward face in the mirror whilst wearing makeup for the first time in 6 months instead. We are very happy obviously. But mostly super tired.’

Kaya had also revealed she was having a baby girl when she shared a series of photos of her baby shower, adding: ‘Feel very lucky to be able to be in a room full of people I love after such a long time.

‘Thank you for helping us celebrate our baby girl. (Special shout out to vaccines & science).’

Since finding fame in Skins, Kaya has appeared in a series of Hollywood films including Pirates of the Caribbean: Dead Men Tell No Tales and The Maze Runner.

She revealed that becoming a mother has changed her outlook on her career, previously telling the Evening Standard: ‘When I first started out I was just looking for employment, I just wanted to work.

‘But now I think being a mum I have to be pickier if I’m going to be away for six months on the other side of the world.’

If you’ve got a celebrity story, video or pictures get in touch with the Metro.co.uk entertainment team by emailing us [email protected]uk, calling 020 3615 2145 or by visiting our Submit Stuff page – we’d love to hear from you.