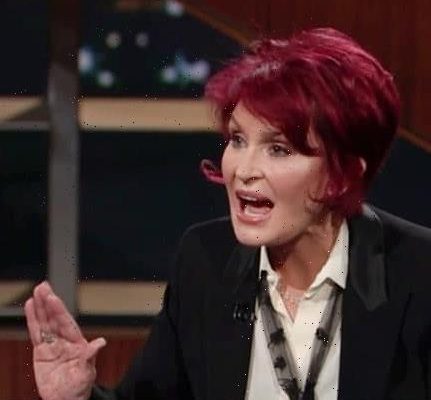 Sharon Osbourne has something to say.

A lot of things to say, actually.

And they’re all related to her perception around the Internet these days, following a controversy in which she defended known awful person Piers Morgan.

Back in mid-March, Osbourne was accusing of hurling racial and homophobic slurs against her co-hosts on The Talk.

Julie Chen, for example, was reportedly referred to by Osbourne as “wonton” and “slanty eyes,” while Sharon one trashed Sara Gilbert as a “pussy licker” and a “fish eater.”

These allegations went public after Osbourne used her platform on The Talk to stand up for Morgan, a long-time friend who said some pretty terrible stuff about Meghan Markle after the Duchess of Sussex spoke in depth to Oprah Winfrey.

On March 26, Osbourne was forced out of The Talk.

“I’m angry, I’m hurt,” she told Bill Maher on his HBO show Friday night when asked how she’s been feeling since her exit from the prrogram.

“I’ve been called so many things in my life… but a racist is one thing I will not take.”

In a statement about Osbourne’s exit from the show last month, CBS said that her behavior “did not align with our values.”

“Sharon Osbourne has decided to leave The Talk,” the message explained, referrring to the episode during which Osbourne strongly defended Morgan and adding:

“The events of the March 10 broadcast were upsetting to everyone involved, including the audience watching at home.

“As part of our review, we concluded that Sharon’s behavior toward her co-hosts during the March 10 episode did not align with our values for a respectful workplace.”

Osbourne, though, doesn’t think she did anything wrong when it came to Morgan and his viewpoint.

“She’s entitled to her opinion, Piers is entitled to his,” Osbourne told Maher on Friday of Morgan’s remarks about Markle. “And that’s what it’s all about.”

She added: “Disagreeing with someone does not make you a racist in my book.”

Osbourne’s staunch defense of Morgan on The Talk last month led to an intense exchange with co-host Sheryl Underwood, who pushed back on Osbourne’s downplaying of Morgan’s comments.

Osbourne later apologized for her “panicked” response to Underwood.

“To anyone of color that I offended and/or to anyone that feels confused or let down by what I said, I am truly sorry.

“I panicked, felt blindsided, got defensive & allowed my fear & horror of being accused of being racist take over,” she wrote on Twitter.

“There are very few things that hurt my heart more than racism so to feel associated with that spun me fast.

“I am not perfect, I am still learning like the rest of us & will continue to learn, listen and do better.”

The Talk returned this past Monday following a month-long hiatus.

While opening the episode with a pre-recorded message, Underwood said it would be “unlike any other we’ve had before” as the women”process the events” from the March 10 episode.

They didn’t mention Osbourne by name.

“We also did not find any evidence that CBS executives orchestrated the discussion or blindsided any of the hosts.

“At the same time, we acknowledge the Network and Studio teams, as well as the showrunners, are accountable for what happened during that broadcast as it was clear the co-hosts were not properly prepared by the staff for a complex and sensitive discussion involving race.”

In addition to “coordinating workshops, listening sessions and training about equity, inclusion and cultural awareness for the hosts, producers and crew,” CBS also said they are:

“IIdentifying plans to enhance the producing staff and producing procedures to better serve the hosts, the production and, ultimately, our viewers.”