In honor of sons Mason and Reign’s birthdays, the ‘Flip It Like Disick’ star has taken to his Instagram account to sing the ‘Keeping Up with the Kardashians’ cast member a praise.

AceShowbiz –Scott Disick is celebrating his sons’ birthdays with a funny shout-out to his baby mama Kourtney Kardashian. On Monday, December 14, the self-proclaimed Lord treated his Instagram followers to a sweet family picture featuring himself, Kourtney and two of their three kids.

In the said picture, the four were posing in the stairs. Reign was seen sitting on his dad’s lap, while Kourtney hugged her daughter Penelope from the back. In honor of sons Mason and Reign’s birthdays, Scott sang his ex a praise in the caption, which read, “Thank you @kourtneykardash for being the best baby maker in town, I couldn’t have asked for a better person in the world to have these amazing children with, I love u and our family more than anything in the world.”

Fans were loving the post as one urged the former couple to “just get back together already.” Echoing the sentiment, one other fan commented, “Kourtney and Scott forever!” Asking Scott to settle down with the reality star and stop dating around, a person said, “Please stop looking in other girls what you had once with Kourtney!!!!! You belong with her.”

Meanwhile, some others were hoping to see another baby from Scott and Kourtney. “Y’all need to have another little one,” one wrote, while someone else added, “Have another Baby!!”

In another post, Scott shared a well-wish for his eldest son Mason. “Happy birthday mason you have made my life such a better life. Thank you and I love u!” he wrote alongside a picture of him and Mason, who turned 11 on Monday.

He then gave a birthday shout-out to Reign in another post. “Next up! My little angel reign you have also made my life so much better and I thank you and love u!” said the “Flip It Like Disick” star for the 6-year-old.

While Scott and Kourtney have been maintaining their relationship as parents of their children pretty well, a source previously claimed that they didn’t plan to be back romantically. “Scott and Kourtney will always hold a special place in their hearts for each other, but a romantic relationship just isn’t in the cards for them right now,” said the source back in October. “They’ll always care about each other because they’ve known each other for such a huge part of their lives and really grown up together in a lot of ways so that bond will always be there.” 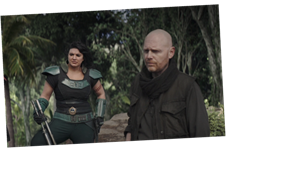