Beauty is pain and doesn’t Rylan Clark know it as he showed off his swollen face after revealing he was getting rid of his iconic teeth.

Well, not getting rid of them rid of them, but his trademark luminescent gnashers would be no more; replaced with a new set likely to dazzle us all the better.

Returning to social media, the star teased his dramatic makeover on Wednesday and suggested the process was not for the faint of heart.

In a clip uploaded to Instagram, the 33-year-old sported a very un-Rylan tousled hairdo as he rubbed his cheeks.

Swathed in a dressing gown as he continued his recovery, Rylan captioned the clip: ‘Swollen.’

The star didn’t show even a hint of his new grin, suggesting a big ol’ reveal was on its way. 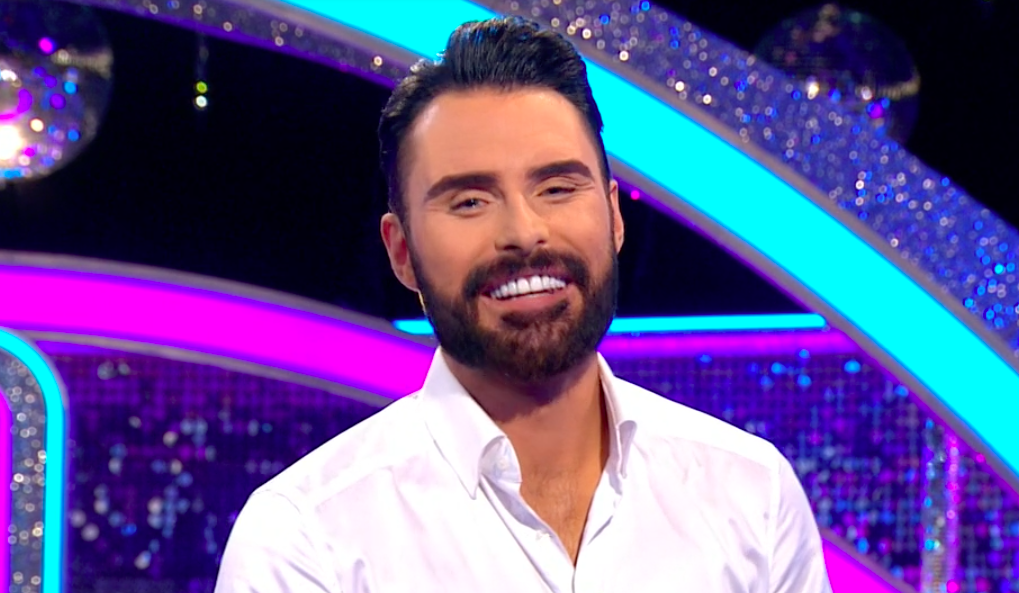 It comes as the Strictly Come Dancing: It Takes Two presenter decided he was done with his current set of teeth, which he’s called his own since 2013.

In a Twitter post made on Monday, the star – who recently split with his husband Dan Neal – wrote: ‘After 8 years. It hurts, so much, but sometimes you just have to let go. I’ve taken the decision to say goodbye… to my teeth … new smile imminent.’

He confirmed the treatment furthermore by tagging cosmetic dentist Dr Richard Marques in a post.

His ultrabright beam was said to have set him back an eye-watering £25,000, but the star has always shown a good sense of humour about his gnashers, even thanking Love Island’s Connor Durman for ‘taking the heat off me a bit’ when the toothsome reality TV contestant was introduced to viewers in January 2020.

He’s also poked fun at his own changing look over the years, revealing an unlikely celebrity doppelgänger in Milan footballer Olivier Giroud, who he pretended was a version of himself ten years earlier in 2019.

He then revealed the real throwback pic of himself, pre-teeth transformation and with blonde hair, writing: ‘Here’s the real one #10yearchallenge #10YearsAgoChallenge he didn’t do too bad.’

Still, the famous teeth became something he regretted.

Radio 2 presenter Rylan told Bang Showbiz in 2016: ‘My biggest mistake was my teeth but, to be fair, they’ve earned me a lot of money.’