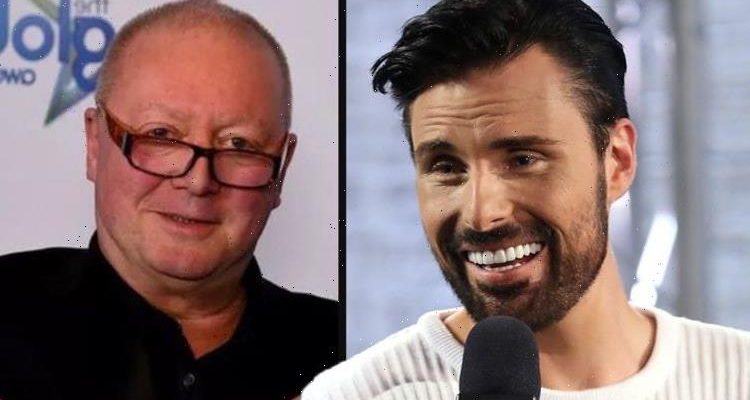 Strictly: It Takes Two host Rylan, 32, has hit out at Steve Allen, as he yesterday called Tilly Ramsay, 19, a “chubby little thing” while hosting his LBC radio show. The Strictly Come Dancing 2021 contestant said people should be free to voice their opinions, but “I draw the line at commenting on my appearance” in reaction to the body-shaming jibe.

Allen had read out a comment from a listener telling him that Tilly – who is the daughter of TV chef Gordon Ramsay – was taking part in Celebrity MasterChef Australia as well as Strictly.

He responded: “Is she? Well, she can’t blimming well dance, I’m bored with her already.

“She’s a chubby little thing, isn’t she? Have you noticed? Probably her dad’s cooking, I should imagine.”

The Strictly star said she tries not to pay attention to what’s written or said about her, but being “called out on a national radio station by a 67-year-old man is a step too far”.

Ramsay says she’s faced comments about her appearance in the past and that although she is learning to accept herself, words can still hurt.

In response, her friends and Strictly colleagues stepped in to defend her on social media.

It Takes Two presenter Rylan wrote on Twitter today: “Come for Tilly, you come for all of us.”

While Janette Manrara typed “How fast we forget what hurtful comments can do for someone’s mental health.”

Ramsay’s professional partner Nikita Kuzmin was also among those to send a supportive message to the star.

Last week, the pair performed the Paso Doble with judge Anton Du Beke praising the routine as their “best dance of the season”.

Old tweets from Allen’s account show it isn’t the first time he has seemingly taken aim at a woman’s size.

He previously cruelly branded Gemma Collins “fat and boring” and compared her to Star Wars character Jabba the Hutt in unearthed tweets posted on his social media page.

In 2014, he also seemingly took aim at her ex-boyfriend James ‘Arg’ Argent as he tweeted: “That’s Bobby and Harry, the really out to lunch Lydia Dim and her on-off boyfriend fat boy fat Arg, who slept with the beach hut Gemma.”

“Poor poor Gemma, fat and boring, no friends apart from Bobby, known as little Ms misery. It’s all going pear-shaped, and how we laugh,” he added a week later.

The tweets continued into the following years and in 2015, a tweet posted on his account called Gemma “the hut”, and in 2016 he went on to laugh at her for thinking she may be pregnant.

A post on his account stated: “Apparently Gemma the hut does have a shop in Brentwood very near the Slug and Lettuce, insert own joke here.”

“And now Gemma the hut thinks she might be pregnant. Ha ha ha what do you mean love, you think? Unprotected sex,” another cruel tweet added.

Following the controversy, many people have called the radio host out, but he has yet to make a statement.

Posting this morning, he wrote in view of his 59,000 followers: “Water water everywhere here in London, flooding all over the place, let’s dry out together from 4.”

According to the Mirror, he also did not reference the controversy on his show this morning either.

He was on LBC from 4am until 7am this morning.

Express.co.uk has contacted LBC and Steve for comment on the matter.