Rob Kardashian appeared slim and happy on Thursday as he celebrated his daughter’s fifth birthday. See the before and after photos here!

A whole new Rob! Rob Kardashian showed off a slimmer figure on Thursday at his daughter Dream‘s fifth birthday party, holding his sweet girl on his shoulders for the shot. The photo, which was featured on Rob’s sister Khloe Kardashian‘s Instagram, showed Rob standing confidently, displaying his recent weight loss. Fans have been able to see the former reality star, 33, show off his slimmer figure here and there throughout the year, giving fans a sneak peek first in the Keeping Up With the Kardashians trailer in January. 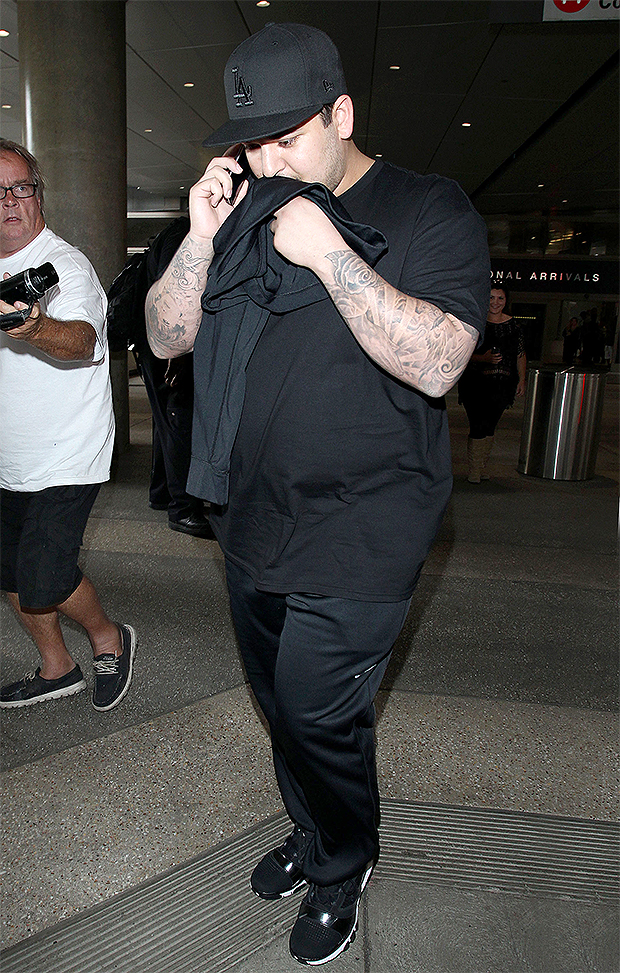 The father-daughter duo were all smiles for the photo under a large “HAPPY BIRTHDAY DREAM” pink balloon sign and many balloons scattered about. Rob posted the photo to his own Instagram, writing “Barbie party yay” in the caption, adding numerous heart-eyed emojis to the post. The doting dad undoubtedly felt more joyful and lighter with his recent weight loss, happily hoisting his daughter up high for the celebration.

Khloe also captured the stunning decorations at the party, which featured a massive Barbie box, a Barbie dream house, and pink cakes. “The best daddy,” Khloe captioned the decoration video, confirming that Rob planned the event. The Kardashians are known to go all-out for their dreamy events, with Rob proving he’s on-trend for his baby’s party!

Rob underwent a fitness transformation in 2020, and has shown off his health journey from time to time. “When it comes to 2021, Rob is looking to be as healthy as he can be for Dream,” a source recently revealed EXCLUSIVELY to HollywoodLife. “Rob’s back — he made it through some very dark days, but he’s good again and very excited about 2021. He’s got big plans for his clothing line Halfway Dead next year, too. And he and his mom are doing great with their hot sauce Grandeza — they have plans to grow that in 2021, too.”

Rob shares Dream with ex-fiancée Blac Chyna, born Angela White, whom he dated in 2016. They began their rollercoaster romance in January 2016, but split later that year. The former couple welcomed Dream in November 2016 amid their tumultuous relationship and both share custody of their daughter.