Amid an upsurge in violent attacks, Rihanna is supporting the Asian American Pacific Islander communities by protesting in the streets.

The Fenty Beauty founder recently went incognito at a #StopAsianHate protest in New York City, where she marched alongside her assistant, Tina Truong. Via Instagram, Truong captured their experience, from making posters together to mingling with fellow protesters.

In a photo posted to her Instagram Story, Truong snapped Rihanna bent over a large, bright-green poster board, on which the singer wrote in bold, capital letters, “Hate = racism against God!” 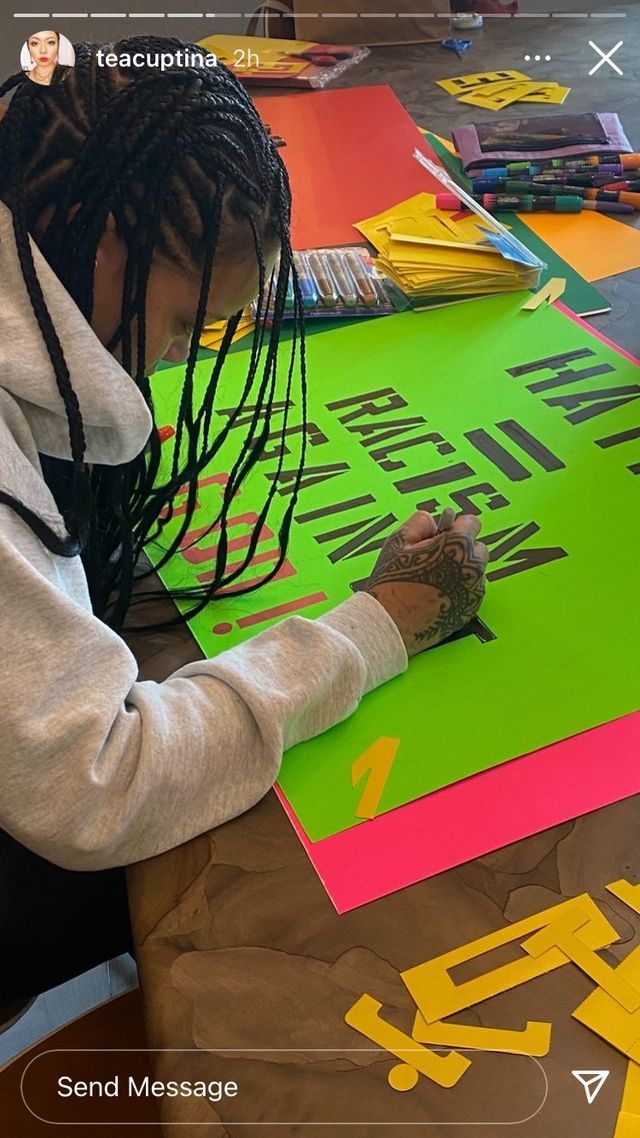 Truong also posted a slideshow of videos and photos (captured by photographer Alvery Guiler), showing that Rihanna was able to remain undetected during the march due to her nondescript attire: a gray sweater, a leather bomber jacket, leather pants, a black face mask, black sunglasses, and a baseball cap.

Though none of the demonstrators or passersby seemed to identify who they were marching with, Truong later posted a video to her Story that captured an interaction between Rihanna and a protester. In the clip, the Grammy-winning singer entered her Instagram username into a protester’s phone.

“That’s you?” the protester asked after Rihanna pulled up her account, which has nearly 94 million followers.

Truong wrote over the video, “When Rih gives you her IG handle but you think she trolling.”