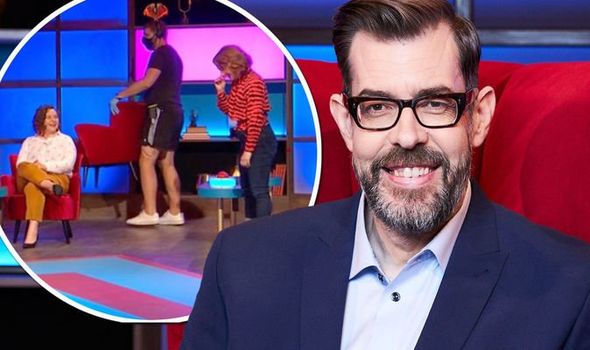 TV presenter Richard Osman took to Twitter yesterday to set the record straight on the COVID protocols that his programme House of Games is following. The quiz show host shared a glimpse of the behind-the-scenes action online in a bid to help his “poor producer”, who has been inundated with emails questioning safety.

“Our poor producer on #HouseOfGames now spends her whole life having to reply to emails from people furious that contestants swap seats in pairs games with no apparent Covid protocols,” his tweet began.

“Here’s a little ‘behind the scenes’ of what actually goes on, all hidden by a lovely slick edit,” the 49-year-old went on to explain to his 980,200 followers.

The accompanying picture showed production crew, in masks and gloves, carrying chairs across the studio floor.

Instead of the contestants simply swapping seats as they may have in the past, their own chair is now moved into place. 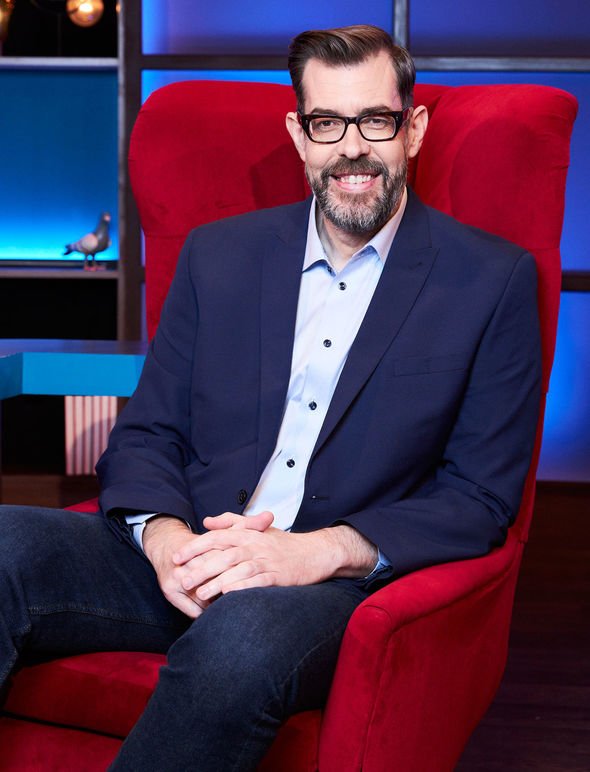 “Why don’t you just say that at the beginning of the show to save her having to reply to emails?” one follower asked in the comments section of the post.

“Strictly does that, and it takes about 10 minutes of every show for them to explain it all,” another social media user replied.

Some of Richard’s followers had some more humorous suggestions.

“You need to get chairs on wheels so the contestants can wheel themselves across!” one person offered. 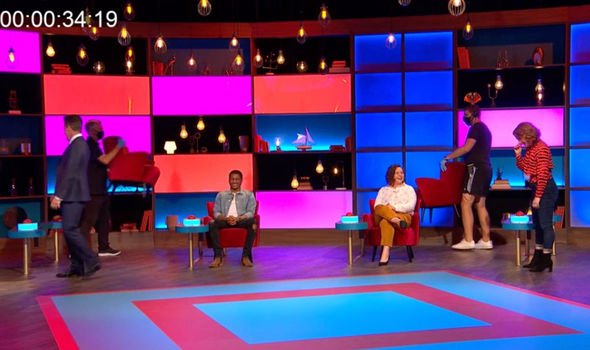 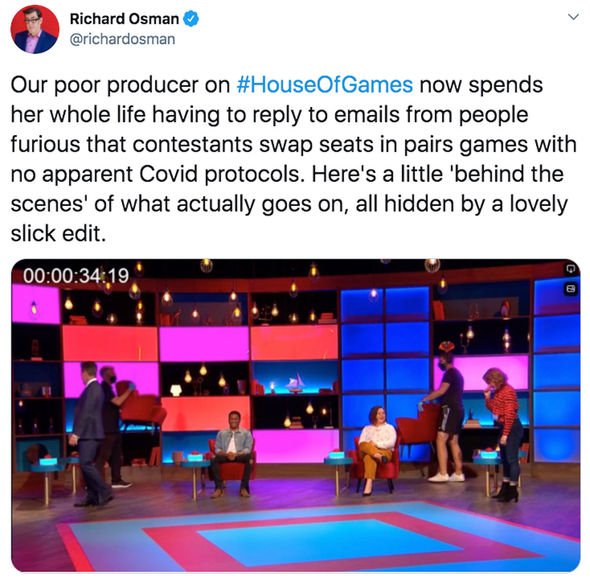 “We guessed they wiped them too! Never even thought of the swapping chairs scenario,” another amazed viewer added.

“I love HOG and we were discussing just this the other day and agreed that there was clearly clever editing going on. Thanks for keeping this going in such crazy times,” a third person remarked.

Richard Osman’s House of Games continues at 6pm every weekday on BBC Two.