Richard Osman, 51, has shared his thoughts after BBC Two’s long-running comedy panel show, Mock The Week, has been cancelled after almost two decades. Presenter Dara O Briain confirmed the news on Tuesday and joked that the “UK has finally run out of news”.

He added: “The storylines were getting crazier and crazier – global pandemics, divorce from Europe, novelty short-term prime ministers.

“It couldn’t go on… We just couldn’t be more silly than the news was already.”

Following the announcement, Richard paid tribute to Dara and the show’s producer Dan Patterson in view of his 1.1 million Twitter followers.

The presenter penned: “Respect to Dan Patterson and @daraobriain and the gang for 17 years of #MockTheWeek, with ratings strong til the very end. 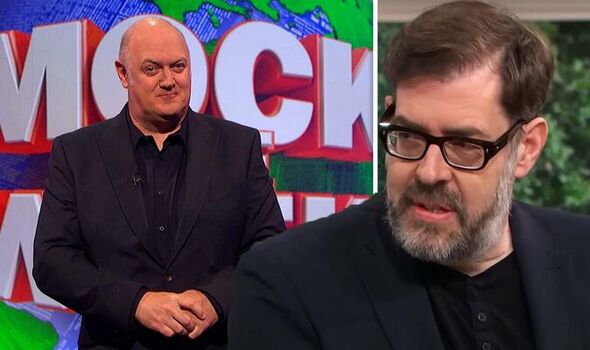 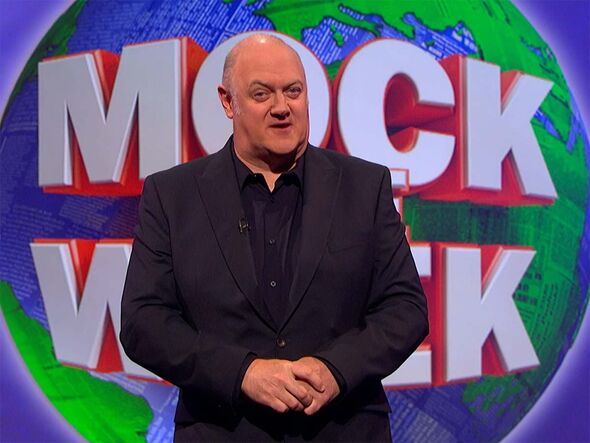 “The BBC is running out of money for these sorts of shows. I would be shocked to my core if this doesn’t end up on Dave though.”

Following the tweet, some users were confused by Richard’s comment that the broadcaster is “running out of money”.

Ian questioned: “Aren’t they quite cheap to make?” To which Richard replied: “No, you can only shoot one a week.”

Another user, Rob, probed: “Running out of money?” And Dara himself stated: “No, it was a budgetary thing.” 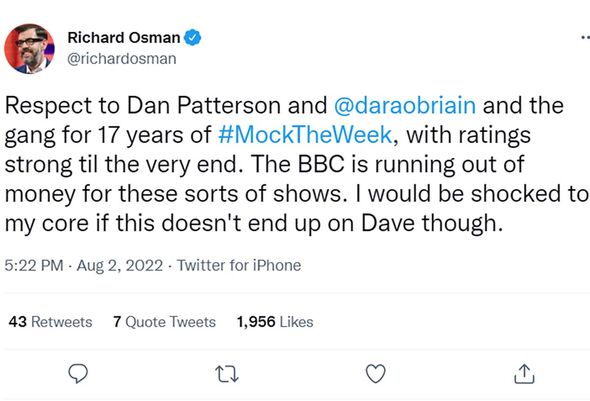 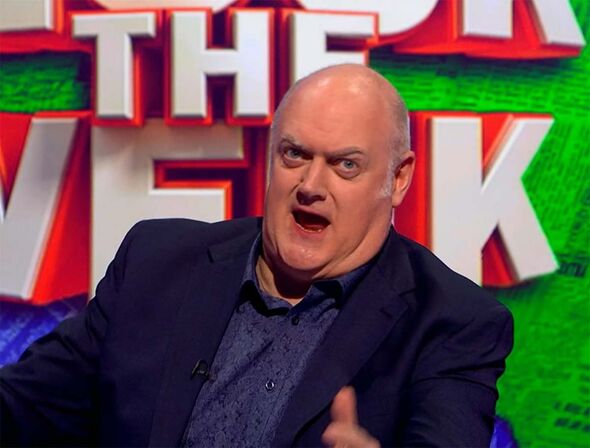 Rod then added: “I read that on the BBC, just trying to cover their own a*** after making a bad decision.” And Dara said: “No, they just don’t have the money anymore.”

A statement from the BBC explained it had axed Mock The Week in order to “create room for new shows”.

It read: “The next series of Mock The Week will be the last.

“We would like to thank Angst Productions, host Dara O Briain, panellist Hugh Dennis and all the guest comedians involved in the show across the 21 series.”

Mock the Week’s final episodes will air on BBC Two and BBC iPlayer this autumn.

The news comes after Richard stepped down from BBC quiz show Pointless in June.

The presenter-turned-author had fronted the daytime show alongside Alexander Armstrong since 2009.

Alexander will continue to host the quiz with a new presenter to replace Richard.

Richard has also presented House of Games on BBC Two since 2017.