Richard E Grant, 65, has spoken out on life after the death of his beloved wife Joan Washington as he ate at a “memory charged” restaurant. The actor announced in September 2021 that Joan had died at the age of 71 after 35 years of marriage.

Yesterday, Richard was faced with the “bittersweet” moment of asking for a table for one upon his return to a restaurant he would often visit with Joan while on holiday.

He took to Twitter to share a video speaking to the camera while sporting a summery outfit of a shirt and hat. 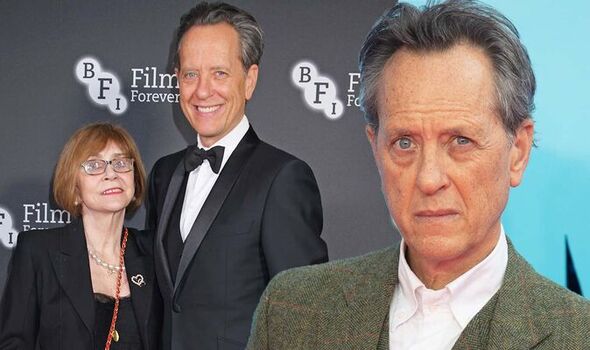 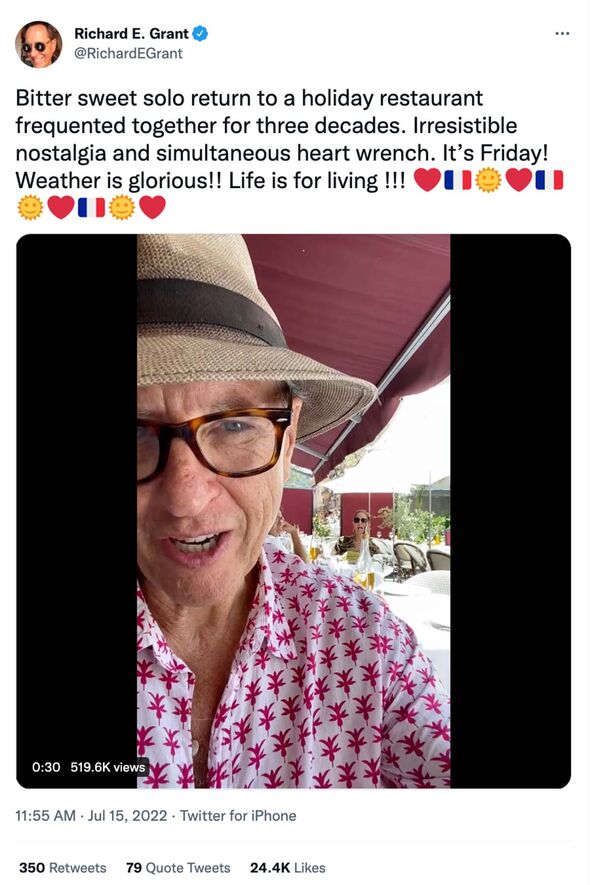 In the video, an emotional Richard highlighted that despite his “new reality” he was “full of happiness.”

He said: “It is very memory-charged. It is bitter sweet when you arrive and say ‘table for one please’.

“The new reality. But it’s Friday and I have a pocket full of happiness.” 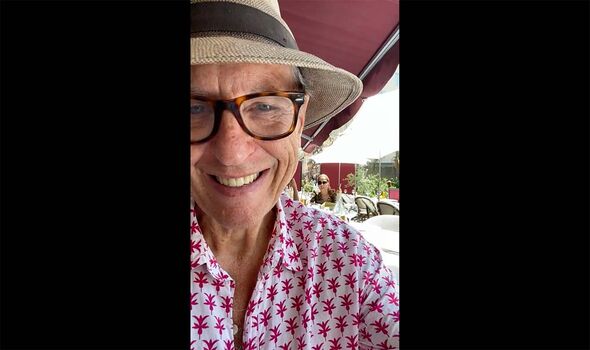 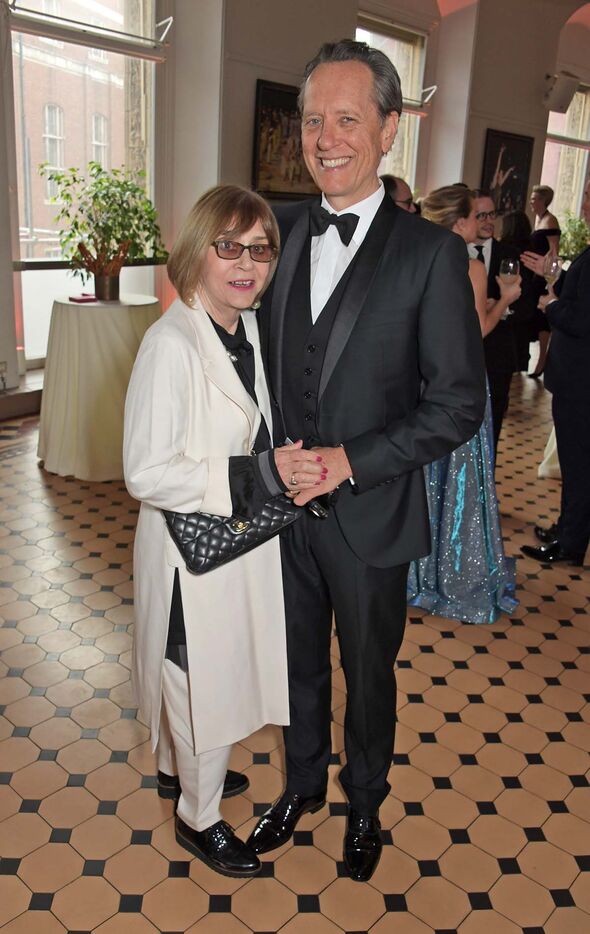 Fans of the Persuasion star rushed to reply to the actor as they reflected upon his journey through grief.

Judithannebrazi tweeted: “Your little tweets are bringing me solace, I lost my David last week after 43 years together.

“We were only 17 when we met and I miss him so and also fear life without him.

“I will try to find a #pocketfulofhappiness each day too xx”

DNC70 wrote: “I have watched all your tweets since you lost your soul mate, everyone filled with humanity and love.

“Your change from misery to where you are now is outstanding.

“Find your pockets of happiness. My best wishes to you always.”

ABwickfree penned: “Sending a virtual hug and I hope you continue to find a pocketful.of happiness daily.

“Your tweets sure bring bucketful of hope and love to others. X” (sic)

Richard and Joan met in the eighties when she was working as a voice coach.

The couple had a daughter together, Olivia, and Richard became stepfather to Joan’s son, Tom.