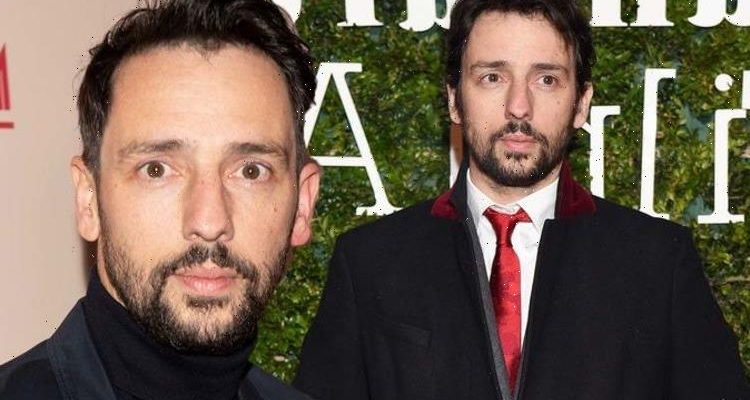 Ralf Little, 41, who plays DI Neville Parker in the BBC drama, has been left feeling uncertain after the Death In Paradise Twitter account announced it had some “news” about the show. The actor took to Twitter to share the programme’s tweet with his 270,900 followers.

The post, which was shared two days ago, read: “Who’s up for some  #DeathInParadise news?”

An expectant Ralf wrote: “Go on…?”

Death In Paradise fans were left just as confused, with some creating their own hypothetical scenarios.

“Richard and Camille are married, were working undercover in Paris and now returning to Saint Marie to show Catherine Bordey her first grandchild?”

They continued in a separate tweet: “It’s wishful thinking, but cameo appearances would still be good, because Richard & Camille are so popular in the fan community.

“I made fan videos of Richard & Camille, this being my first and most watched so far.”

When he is not busy filming, Ralf also co-hosts the podcast Two Pints with Will & Ralf alongside fellow actor Will Mellor.

Ralf and Will worked together in British sitcom Two Pints of Lager and a Packet of Crisps between 2001 and 2011.

The pair now interview guests and other celebrities for their podcast over two pints and a selection of bar snacks.

In a recent episode, Ralf was left stunned after hearing that a baby had been named after him.

The news came unexpectedly as the pair were having a candid conversation.

“That’s baby Ralf,” Will said, as he showed Ralf a picture of himself with a child.

Will continued: “Ralf, that was named after you, from the podcast.”

“That’s him! I met him at a Comic Con,” Will concluded.

Recounting the moment he met baby Ralf’s mum, Will later said: “She came up to me and she said, ‘This is Ralf,’ and I went, ‘Oh, hello, that’s a nice name,’ and she went, ‘No the Ralf from the podcast when we named him!’”