Products featured are independently selected by our editorial team and we may earn a commission from purchases made from our links; the retailer may also receive certain auditable data for accounting purposes.

Don’t tell Mariah Carey that Christmas only comes around once a year: the singer and noted festivian has just dropped a limited-edition Holiday Loot Crate, containing exclusive ornaments, gifts and collectibles for both the singer’s fans and holiday gift-giving alike.

The Mariah Carey Limited Edition Holiday Crate is an officially-licensed partnership between Carey and LootCrate.com, the popular fan-inspired site that carries exclusive merch for everyone from Britney Spears to the Teenage Mutant Ninja Turtles, and every artist, movie and TV show in between. 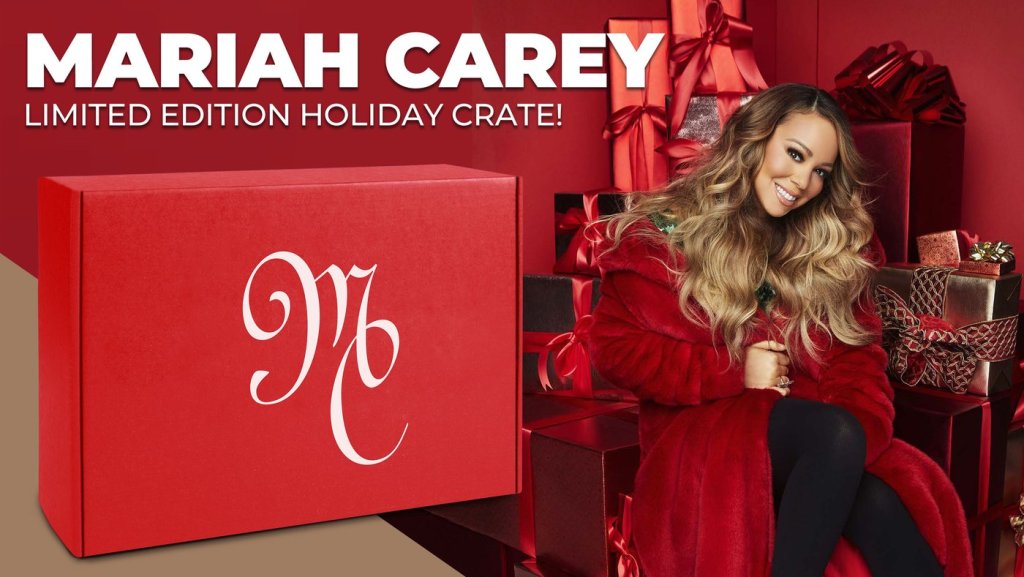 Carey’s holiday-themed box will include a number of Christmas collectibles ranging from gifting essentials (think: Mariah-themed gift tags and ribbon), to bakeware, ornaments and other surprises. Previous releases from Loot Crate, like a Britney-themed box last year, have also featured items like hoodies, mugs and stationery, though it’s not clear if those items will be part of the “other surprises” teased by Carey.

In a press release, Loot Crate says “The Mariah Carey Holiday Crate is an incredible gift for anyone who wants to have a festive holiday. This officially licensed, wintertime-inspired collection offers timeless ways to deck the halls and spend special moments with friends and family.”

Of course, Carey is no stranger to Christmas, with her Number One single “All I Want for Christmas Is You” dominating the airwaves each season. The singer and producer’s recent Apple TV special, “Mariah Carey’s Magical Christmas Special” also just earned an Emmy nomination for “Best Contemporary Makeup.” And the diva had held an annual Christmas residency for years, until Covid forced the cancellation of her holiday concerts in 2020.

As for the Loot Crate collaboration, the Mariah Carey Limited Edition Holiday Crate is available for pre-order now at LootCrate.com, with the actual box shipping in November. Each crate costs $49.99 and is expected to sell out early, so fans and collectors alike should place their orders now while boxes are still in stock. See more at LootCrate.com.