Meghan Markle has a sweet gift already waiting for her and Prince Harry’s second child. During their interview with Oprah Winfrey, Meghan, 39, and Harry, 36, excitedly revealed that they are expecting a baby girl, something that the Duchess of Sussex has been planning for.

In a 2015 interview with Hello! magazine, Meghan was asked about a piece of jewelry that has special meaning to her, and she revealed that it’s a watch she wants to “give to her daughter one day.”

“I’ve always coveted the Cartier French Tank watch,” said the actress, who played Rachel Zane on USA’s Suits. “When I found out Suits had been picked up for our third season — which, at the time, felt like such a milestone — I totally splurged and bought the two-tone version.”

Meghan went on to share the special inscription she has on the watch.

“I had it engraved on the back, ‘To M.M. From M.M,'” she revealed. “And I plan to give it to my daughter one day. That’s what makes pieces special, the connection you have to them.”

Meghan was photographed wearing her Cartier watch, which tends to retail for around $6,900, at the Cantor Fitzgerald And BGC Partners Annual Charity Day in September 2013. 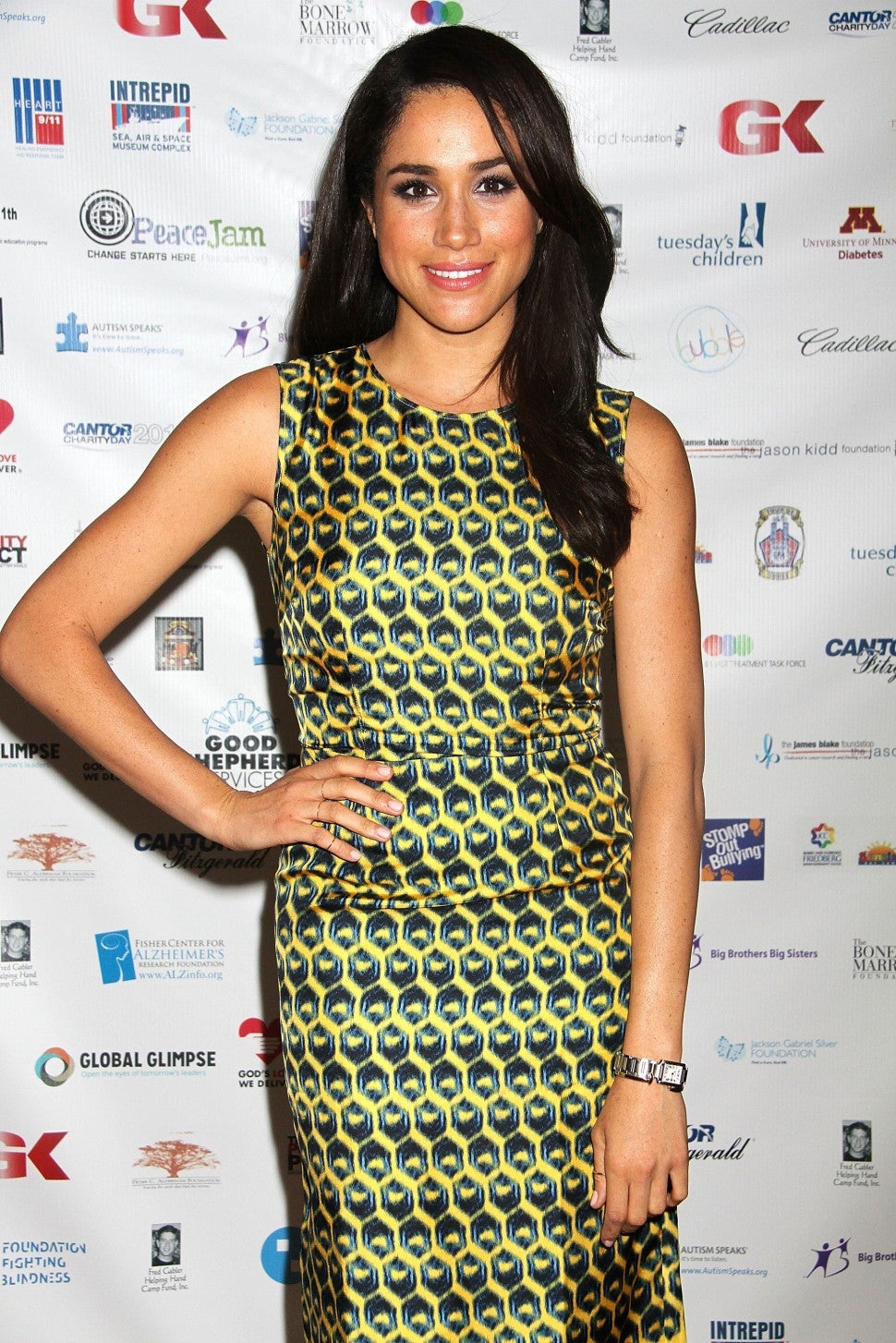 As the Duke and Duchess of Sussex anxiously await the arrival of their baby girl, they have their hands full with their adorable 1-year-old son, Archie, who is already talking. The little guy even made an appearance during his parents’ TV special with Oprah. Check out the super cute moment in the video below.