The telly star went up to pick up the gong for Best Reality Show, despite missing all of last year’s series due to a stint in rehab.

But Morgan, 54 – still fuming that his show Good Morning Britain was overlooked for an award – raged at celeb pal Gary Lineker, 58, after he mocked him on social media: “Ant is known as ‘John Terry’ after last night.”

The presenter was referring to when former Chelsea captain Terry, 38, donned a full kit and boots to collect the Champions League trophy in 2012 despite missing the game through suspension. 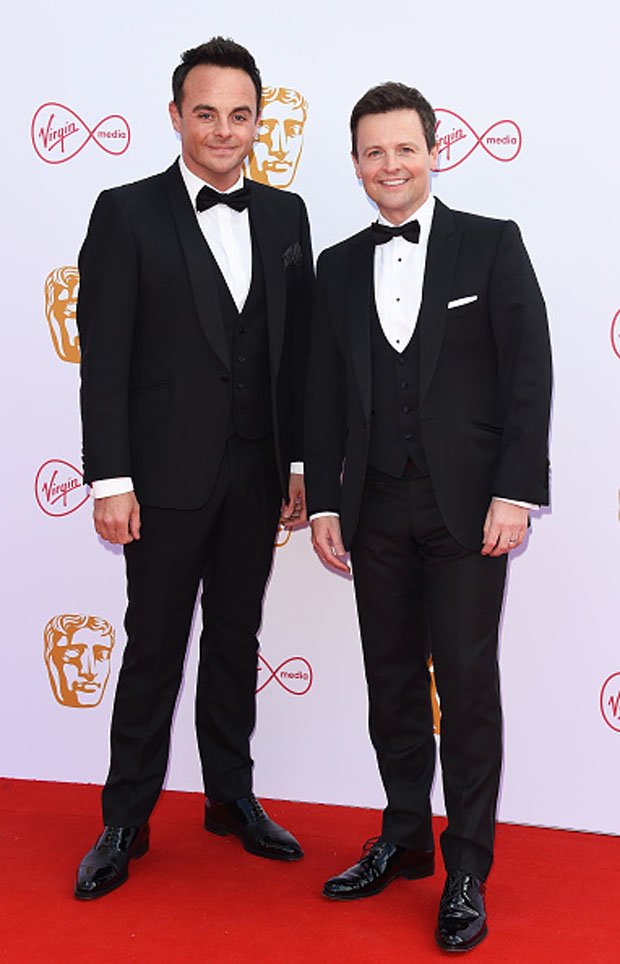 He is set to return to the I’m A Celeb jungle in the autumn.

Morgan had claimed it would be “the biggest travesty in the history of awards shows” should his programme leave the glitzy London event empty-handed – because they were up for two gongs in the same category.

Good Morning Britain was nominated in the News Coverage section for its On A Knife Edge report about the rise of knife crime and its exclusive interview with Meghan Markle’s dad Thomas.

Morgan admitted he was a “sore loser” after missing out to Channel 4’s Cambridge Analytica Uncovered investigation.