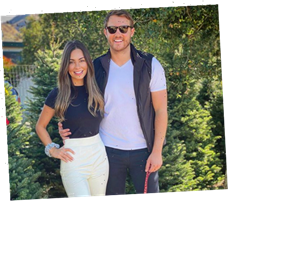 Peter Weber just packed his bags and moved to New York City! But please note that paparazzi in Los Angeles caught up with him pre-move while he was walking his dog, at which point our dude opened up about his split from Kelley Flanagan.

Peter announced his breakup with Kelley on New Year’s Eve with sources saying they were experiencing tension around their planned joint move to New York. Meanwhile, Kelley just announced that she’s still moving to NYC in March—hot on the heels of Peter’s move.

“I’ll be in the Florida Keys until March then still making the move to New York!” Kelley wrote on Insta, adding that she’s “trying to figure out my future living situation in New York (searching for a roommate and apartment).”

Obviously, these two are no longer living together due to being broken up, but, um: