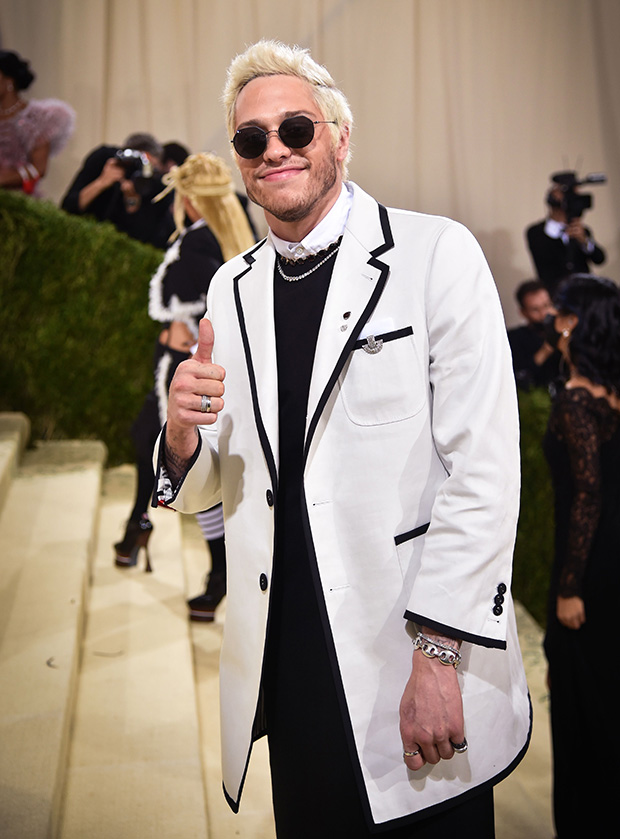 Pete looked rebelliously chic, with the plain-black dress, underneath a white blazer, that was accented with black buttons and lining. A white collar was also peaking out from under the dress. The SNL star also sported mis-matched socks, where one had white-stripes, and black boots with three white stripes to match the sock! The comic accessorized with a silver chain around his neck, silver bracelets, black sunglasses (perfect for people-watching) and a few rings. He also rocked some bleach blonde hair! 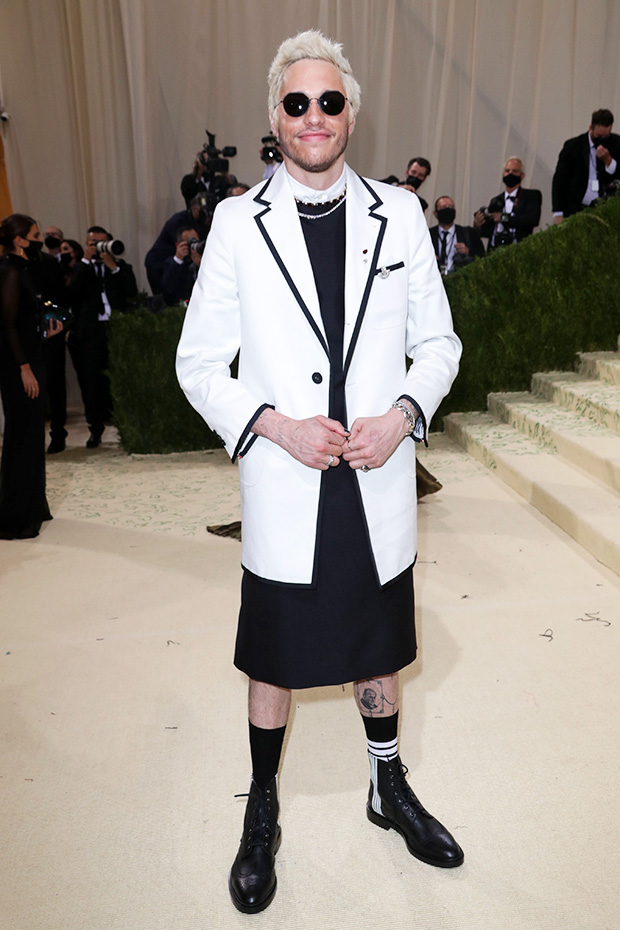 Pete opened up about the unbelievable chance to go to the Met Gala in an interview with GQ. “When I was first told I would maybe have the opportunity to attend, I thought it was a joke,” the Meet Cute actor said, explaining that he was prepared for both compliments and questions about his outfit. “They’re gonna be like, I don’t understand it, but good for you. What are you, a nun? I already know all the comments.”

While he definitely seemed excited about the amazing outfit, the comedian couldn’t resist finding some aspects of the look useful and hilarious. “I’m excited for how easy it is to pee. You can literally just lift it up,” he quipped to GQ, before showing some thanks to the designer. “If you’re gonna wear a dress, what better way or place to do it than the Met, you know? I’m really excited and really stoked that they thought I could pull this off, which is hilarious.”