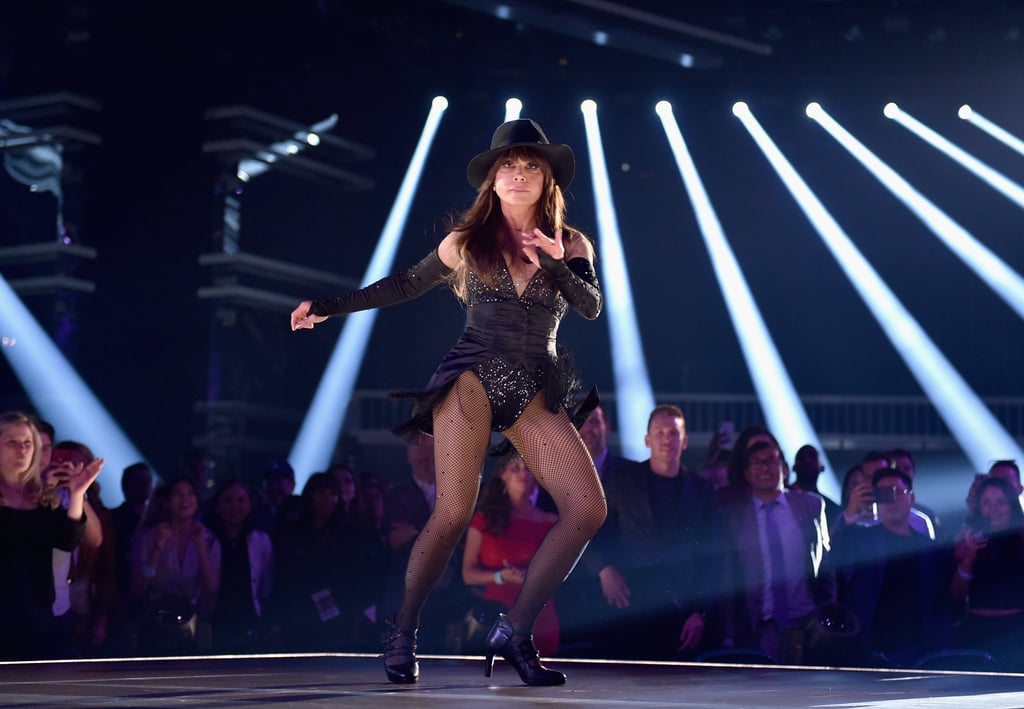 A lot happened at this year’s Billboard Music Awards: Taylor Swift performed her new single for the first time, Drake thanked Game of Thrones character Arya Stark in his acceptance speech, oh, and Sophie Turner and Joe Jonas left the award show to immediately go get married. Don’t let all of that distract you, however, from the fact that Paula Abdul knocked the wind out of Julianne Hough with her fedora.

Here’s an unnecessarily thorough breakdown of a very funny thing that happened at the award show: Paula was performing a six-minute medley of her hits, while Julianne was enjoying said medley in her metallic outfit from the safety and comfort of her seat. In fact, prior to Paula’s performance, Julianne shared a picture with the revered performer and said, “Straight up one of the most legendary dancers.”

But that was then, this is now. The fedora incident happened when Paula was dancing through the aisles and attempted to fling her hat towards the camera with sass. Instead, she chucked it straight into Julianne’s trachea. A stunned Julianne then turned to the camera and — still smiling, mind you — simply said, “Ow!”

Jokes aside, Julianne was a good sport about it and later shared a picture of herself with a neck brace fashioned out of a towel captioned, “The result of the honor of being hit in the neck by Paula Abdul’s flying hat!” Paula replied, “You know it was with love.” See their funny interaction, as well as the hilarious moment in question, ahead.