After fans noticed that Justin Bieber and Paul Wesley look a LOT alike, the actor and his ‘Vampire Diaries’ co-star, Nina Dobrev, joked about the uncanny resemblance.

Side-by-side photos of Justin Bieber and Paul Wesley holding babies went viral on Nov. 14 when fans noticed how much the two stars looked alike in the pics. Paul caught wind of the chatter, and commented on the situation via Instagram. “He’s my son,” the actor joked, referring to Justin. Then, Nina Dobrev jumped in and continued the trolling. “Our love child,” she responded.

Paul kept the banter going from there, adding, “#ProudParents #WeMissYouSon #CallUsBack.” Of course, Paul and Nina co-starred on The Vampire Diaries together, and were romantically involved on the show. Fans of the series were thrilled to see the latest back-and-forth between the two on social media. Meanwhile, Justin has yet to weigh in on the joke.

Nina and Paul have remained very close since The Vampire Diaries ended in 2017 (Nina actually left the show in 2015, but returned for the series finale). However, in 2019, they admitted that they “clashed” when they first started filming the show. “Paul and I didn’t get along at the beginning of the show,” Nina admitted. “I respected Paul Wesley, I didn’t like Paul Wesley.” 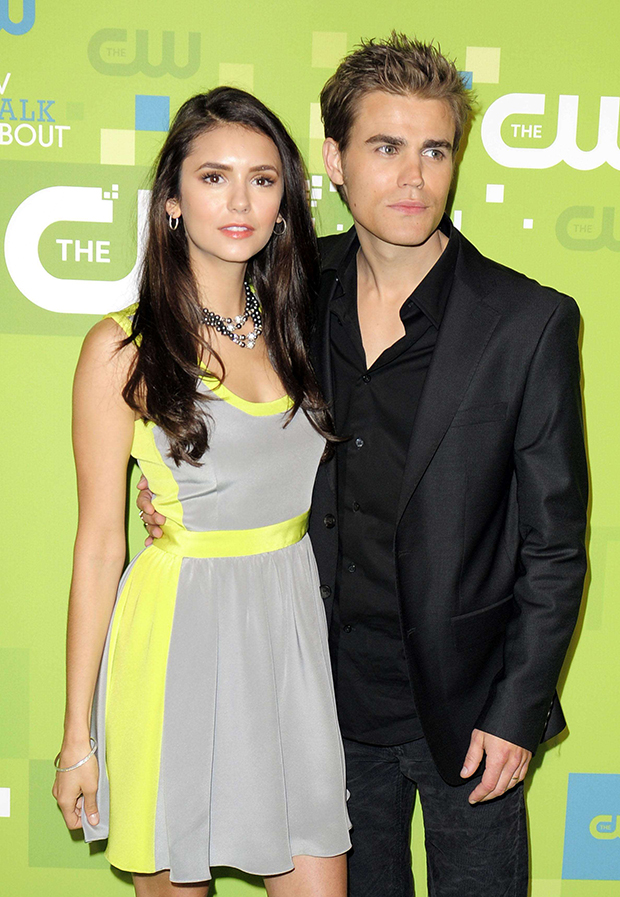 It was what she said next, though, that really shocked fans. “Everyone thought we had such good chemistry,” Nina continued. “I realize now that there’s a fine line between love and hate. We despised each other so much that it read as love but we just really didn’t get along the first five months of shooting.”

After the interview created major buzz, Paul stepped in to clarify what Nina said in a separate interview. “I’ll totally back her up on this — we clashed the first couple of years in terms of just getting on each other’s nerves,” he admitted. “But then developed this wonderful friendship. So it’s a nice, happy ending.” Later in the year, Paul and Nina actually reunited in person and filmed a video to prove that they’re totally on good terms these days, too.