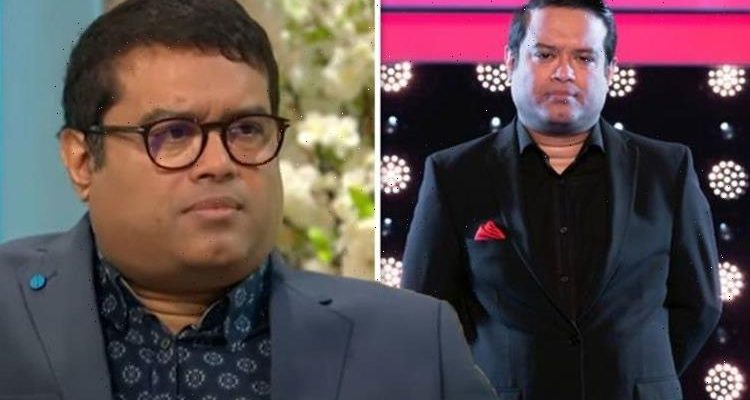 Paul Sinha, known as The Sinnerman on The Chase, addressed living with Parkinson’s disease in a new interview. The ITV quizmaster explained he wanted to “make the best of it” after announcing the news to the public.

Paul was first diagnosed with Parkinson’s in June 2019 and shared his diagnosis in a candid tweet.

The 51-year-old has since explained he wanted to shine a more positive light on his condition.

Parkinson’s disease is a degenerative condition in which parts of the brain become progressively damaged over many years.

Symptoms can include memory problems, difficulty sleeping and balance problems among other issues.

Speaking in a new interview alongside BBC correspondent, Rory Cellan-Jones, who also has been diagnosed with Parkinson’s, the pair spoke candidly about their condition.

When quizzed if he has any regrets about going public, Paul admits he has none.

“We only have one choice with Parkinson’s, which is to accept it and make the best of it,” The Chase quizzer told Radio Times.

“And the more support you have, the greater the number of people that understand you and understand what you’re going through, the better the quality of life you’ll have.”

Paul also addressed the moment he discovered he may have the condition while he was on tour in New Zealand in 2019.

At the time of his announcement, the former GP also shared the news in a blog post.

He said it had been “a really, really tough two weeks” but said he did not “consider himself unlucky”.

“Whatever the next stage of my life holds for me, many others have it far worse,” he continued.

Paul said he intended to “keep Chasing, keep writing and performing comedy [and] keep quizzing” while joking that appearing on Dancing on Ice was probably “out of the question”.

“A lot of people have asked ‘What can I do to help?'” he concluded. “The answer is to treat me exactly the same as before.”

He also features on the ITV spin-off show Beat The Chasers but missed the filming of the series which aired earlier this year due to illness.

Paul tweeted at the time: “New episodes of Beat The Chasers are on their way.

“Unfortunately, I wasn’t well for the recordings and couldn’t join in this time around. I’m feeling much better now. X.”

The Chase airs weekdays on ITV at 5pm.

You can read the full interview in Radio Times out now.