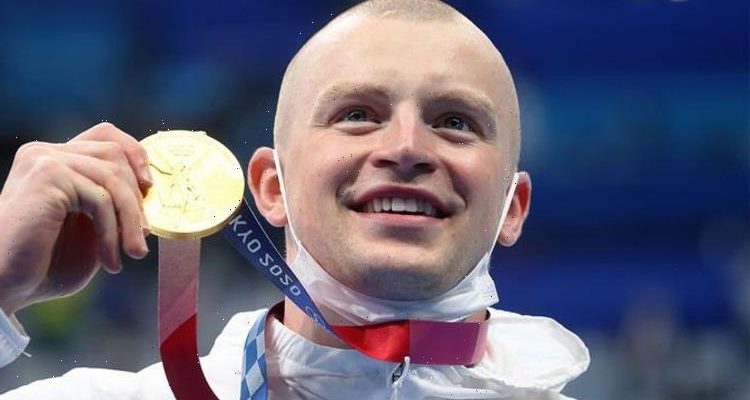 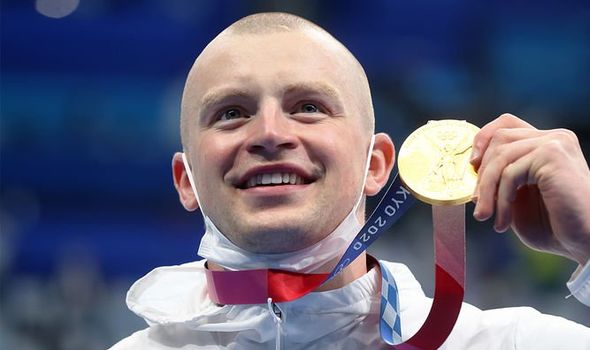 The 26-year-old was made second favourite to waltz off with the BBC show’s Glitterball Trophy at 5-1 with bookies Ladbrokes – McFly singer Tom Fletcher is out in front at 4-1.

Adam said: “This will come as a surprise to a lot of people but I’m so excited.

“I’m really looking forward to doing something totally different and challenging myself away from the pool. I’m hoping my competitive nature is going to compensate for my dancing abilities.”

Fellow athletes Max Whitlock and Dame Kelly Holmes were quick to wish him well online, below.

Adam became the first British swimmer to retain an Olympic title by winning the 100m breaststroke in 57.37 seconds, the fifth-fastest time ever.

He won two golds and a silver at the Tokyo Games and is an eight-time world champion, 16-time European champ and three-time Commonwealth champion.

After his Tokyo success, he said he would take a short break from the pool and will not compete in the International Swimming League this month.

He added: “My two beautiful daughters never had a chance to see me on the rugby pitch, so to know they can watch me waltzing and twirling every week is really special. I love an outfit at the best of times, so bring on the sequins!”

Ugo, 38, spent his whole club career at Harlequins with 241 games and 89 tries, retiring in 2015. He is a new captain on BBC quiz A Question Of Sport.

Joining Adam and Ugo is Loose Women panellist Judi Love, who said: “I am still in shock that I will be part of this amazing show. I’ve watched it for many years and admired the phenomenal abilities of these dancers. I’m truly looking forward to pushing myself in something that I could have only dreamed of doing.”

Other celebrities include EastEnders’ Rose Ayling-Ellis — the first deaf contestant — and Bake Off winner John Whaite who will be in the debut male pair.