Even as cannabis usage is increasingly legalized and destigmatized in the U.S., there’s still little knowledge of how the drug is used by or affects several population groups — including new parents.

To coincide with Mother’s Day, the online women’s cannabis lifestyle magazine Miss Grass released the results of a survey collected from over 700 mothers, with questions ranging from cannabis usage during and after pregnancy and the mothers’ reasons for using THC/CBD, to how public or private they keep their cannabis usage from family and friends. While the results are admittedly skewed — 98.2% of respondents say they consume cannabis, but nearly all are presumably readers of Miss Grass — they do provide insight into what expectant mothers view as their relationship to the drug.

“We launched the survey last Mother’s Day, just to test it,” says Anna Duckworth, one of the cofounders of Miss Grass. The survey coincided around the time of the site’s launch, and focused mainly on the shame and stigma surrounding mothers who use cannabis. It received over 200 responses, many of them very “impassioned,” according to Duckworth, and it inspired the new survey to dive deeper into the experience of using THC while pregnant and being a mother.

The new survey asks basic cannabis use questions such as, “Did you consume cannabis before being a mom?” and other questions such as methodology (vaping, smoking, topical creams, etc.) and use (treating nausea, treating insomnia, relaxing, etc.). It then dives into questions surrounding cannabis use during pregnancy: what kind of usage (smoking or ingesting THC, or using CBD-only supplements) and what symptoms the cannabis was used to treat, with nausea being the most common. THC usage also greatly surpassed CBD usage for pregnant mothers who chose to consume one or the other. 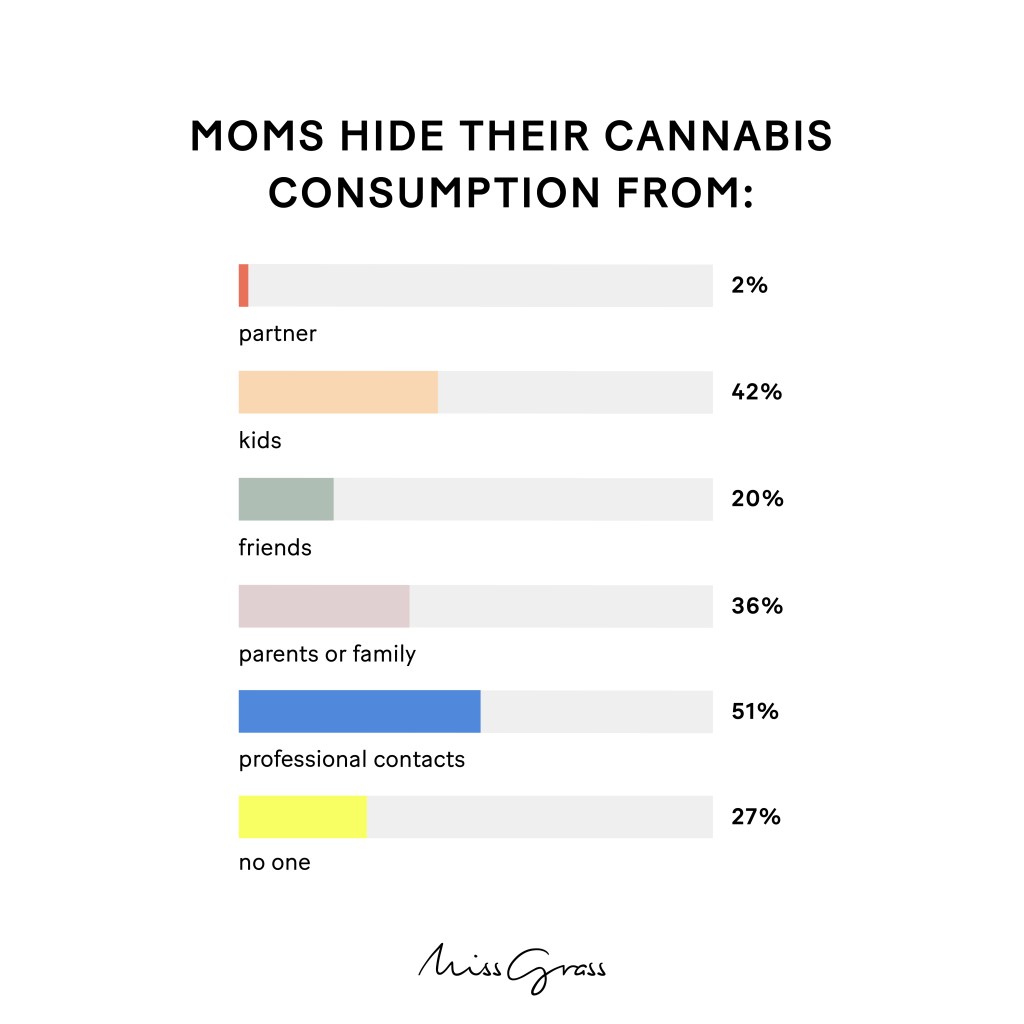 “In the case of nausea, based on the little research that’s been done on nausea and cannabis in general, THC has a greater effect on managing nausea symptoms,” says Duckworth. “You’ll see that a lot in patients who are undergoing cancer treatment therapy, who are experiencing either nausea or a loss of appetite. Oftentimes in pregnancy, the nausea will also mean a loss of appetite, or there will be very extreme cases where people aren’t experiencing it exclusively in the morning or during their first trimester.” Mothers may therefore turn to THC as the most effective treatment for their nausea.

Other survey questions, like the one from last year, deal with the shame and stigma surrounding cannabis consumption as a mother or expectant mother. 68% of respondents say they’ve experienced some form of discrimination for using cannabis; 51% say they hide their usage from professional contacts, while 42% and 36% say they hide it from their kids and family, respectively, 2% say they hide usage from their partners. 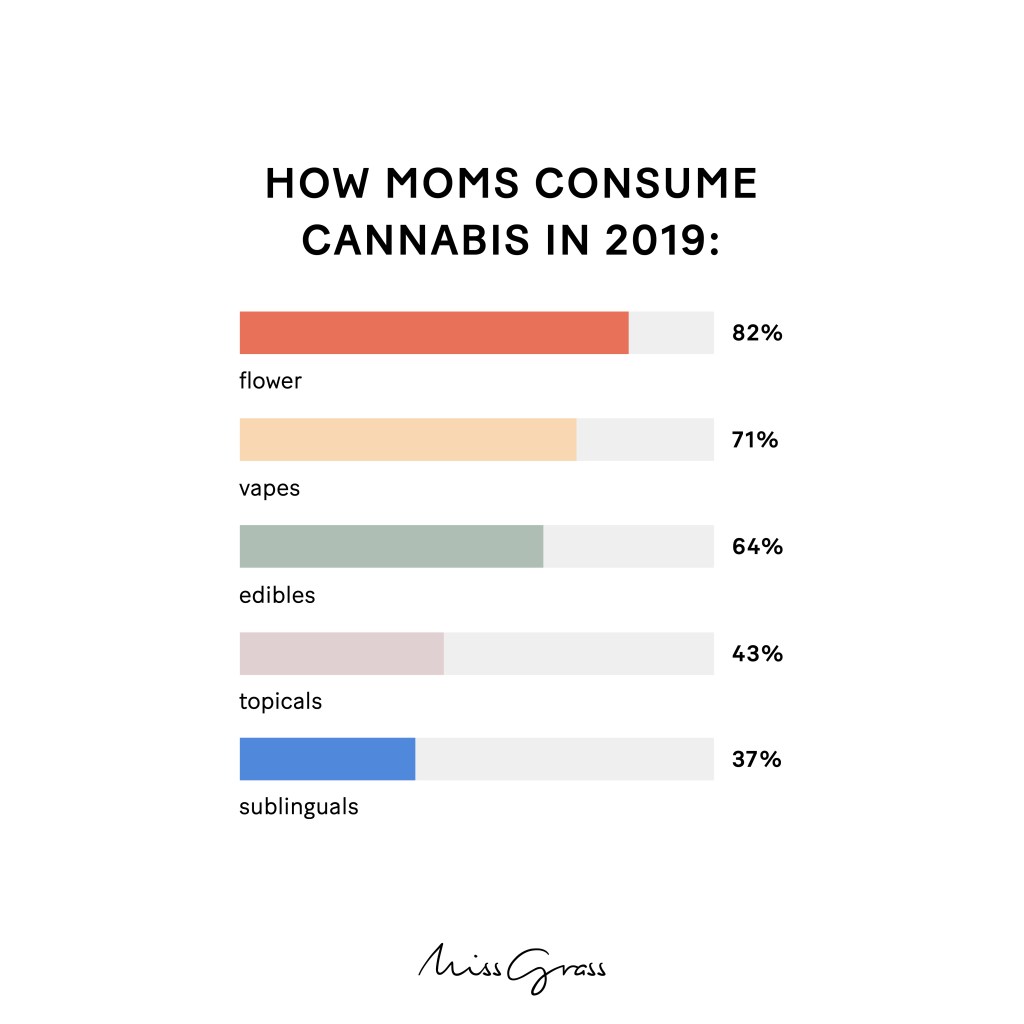 However, Duckworth and Kate Miller, the CEO and cofounder of Miss Grass, shared several written responses they got from the survey that said that cannabis was helping respondents to be better mothers. “A mother who’s in good mental, physical, emotional form is a better mom, and for a lot of people, cannabis is a really critical tool in helping them achieve wellbeing. A lot of them are approaching it as medicine, as they would any over-the-counter medication.”

Duckworth and Miller hope to expand the range of further surveys and explore more nuanced attributions to cannabis use, particularly how it relates to age, race and class. “Cannabis is an inherently political topic, particularly as it relates to race politics in the U.S.,” says Duckworth. “So I think that that would be a really interesting thing to survey to understand how that breaks down.”