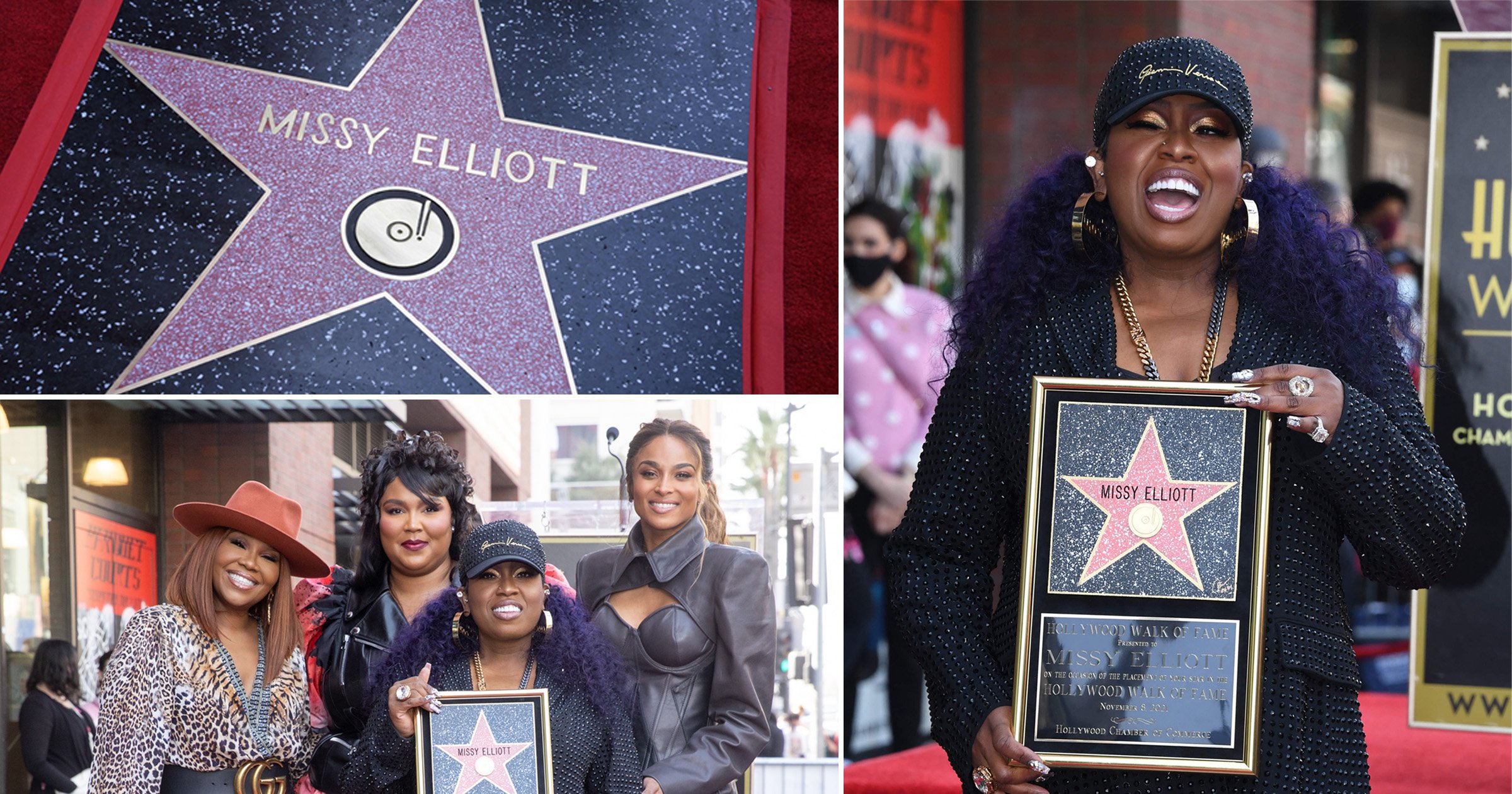 Missy Elliott has been photographed unveiling her star on the Hollywood Walk of Fame in Los Angeles, as Ciara and Lizzo turned up to support her.

The hip-hop star, 50, donned a black blazer and trouser co-ord set bedazzled with black rhinestones and a matching hat over her purple curly hair for the occasion, finishing off the look with large gold hoop earrings and necklace to complement the gold buttons on her outfit.

She was seen posing with manager Mona Scott-Young and pals Lizzo and Ciara, as well as her plaque as she marked the momentous occasion.

Lizzo and Ciara were also seen standing on the sidelines later, taking photos of Missy standing with her star and plaque on their phones like supportive besties should.

The Get UR Freak On star had shared her joy at the honour on Instagram, writing ahead of the unveiling: ‘I am so Humbly Grateful #hollywoodwalkoffame.

‘I’ve had to climb over many obstacles & I have been through a lot…but through the grace of God I never gave up even when times have been tough I have FOUGHT!

‘If I hadn’t I may not be receiving these accolades today… So that’s why I always try to ENCOURAGE each of you to keep PUSHING THROUGH when times get tough because your BLESSING may be right round the corner!

‘I Thank God for fans like you all who have supported me from Day 1 just know that I am Humbly GRATEFUL.’

Hollywood Walk of Fame producer Ana Martinez added: ‘Missy Elliott has broken through the barriers of the male-dominated Hip Hop world, and music industry as a whole, as she has led the way for many women who have followed in her footsteps.

‘She continues to break barriers year after year and we’re thrilled to be able to honour her on the Walk of Fame.’

The four-time Grammy winner began her career in 1991 and is now the proud recipient of the 2,708th star on the Hollywood walk of fame since it launched in 1961 with the first 1,558 stars.