Mike Bushell, 54, revealed that the experience of competing in Strictly Come Dancing “never leaves you”, as this years contestants and pro dancers get set to film the new season of the programme. The BBC Breakfast presenter shared a hilarious clip of himself dancing in the kitchen alongside his wife Emily Bushell to Little Mix on social media, as he reminisced on his time competing on the show.

Every one worth it

Emily initially uploaded the amusing clip, and wrote alongside it: “Sunday evening roast cooking with a little dancing.

“@Mrs_katjones I’m no dancer but the shoulders. forgive my moves obviously,” she added.

Mike quickly retweeted and captioned the video: “Once you have been on @bbcstrictly it never leaves you @CraigRevHorwood @keviclifton @Mrs_katjones.

“Only a few weeks before the new series starts. A year ago I was covered in #Americansmooth bruises. Every one worth it.” 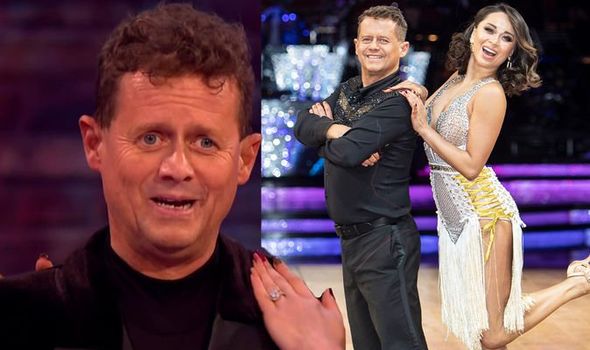 Underneath fans shared their joy at the footage, as they praised the TV host’s moves.

One said: “hahha this is brilliant.” (sic)

Another replied: “Now this is how you do it.”

A third joked: “What’s the chap in red, doing?”