Prince Harry and Meghan, the Duchess of Sussex welcomed their first child on Monday, May 6, and from the public reaction, it’s clear their baby boy is already adored around the world.

“Congratulations, Meghan and Harry! Barack and I are so thrilled for both of you and can’t wait to meet him,” Obama quote-tweeted the announcement from the Royal Family’s Twitter account, alongside the hashtag #RoyalBaby.

The Duchess of Sussex met with Obama back in December 2018, during the former First Lady’s London appearance on her Becoming book tour. “Meghan and Michelle met after the discussion and chatted for a long time. They’re very close,” a source told BAZAAR.com at the time. Prince Harry has long been close with the Obamas; he even collaborated with the First Couple to promote the Invictus Games back in 2016.

Obama and her husband Barack a maintained a strong relationship with the British Royal Family during his time in office. In 2016, the Obamas met with the Duke and Duchess of Cambridge and a young Prince George during a trip to London, resulting in an unforgettable photo op. 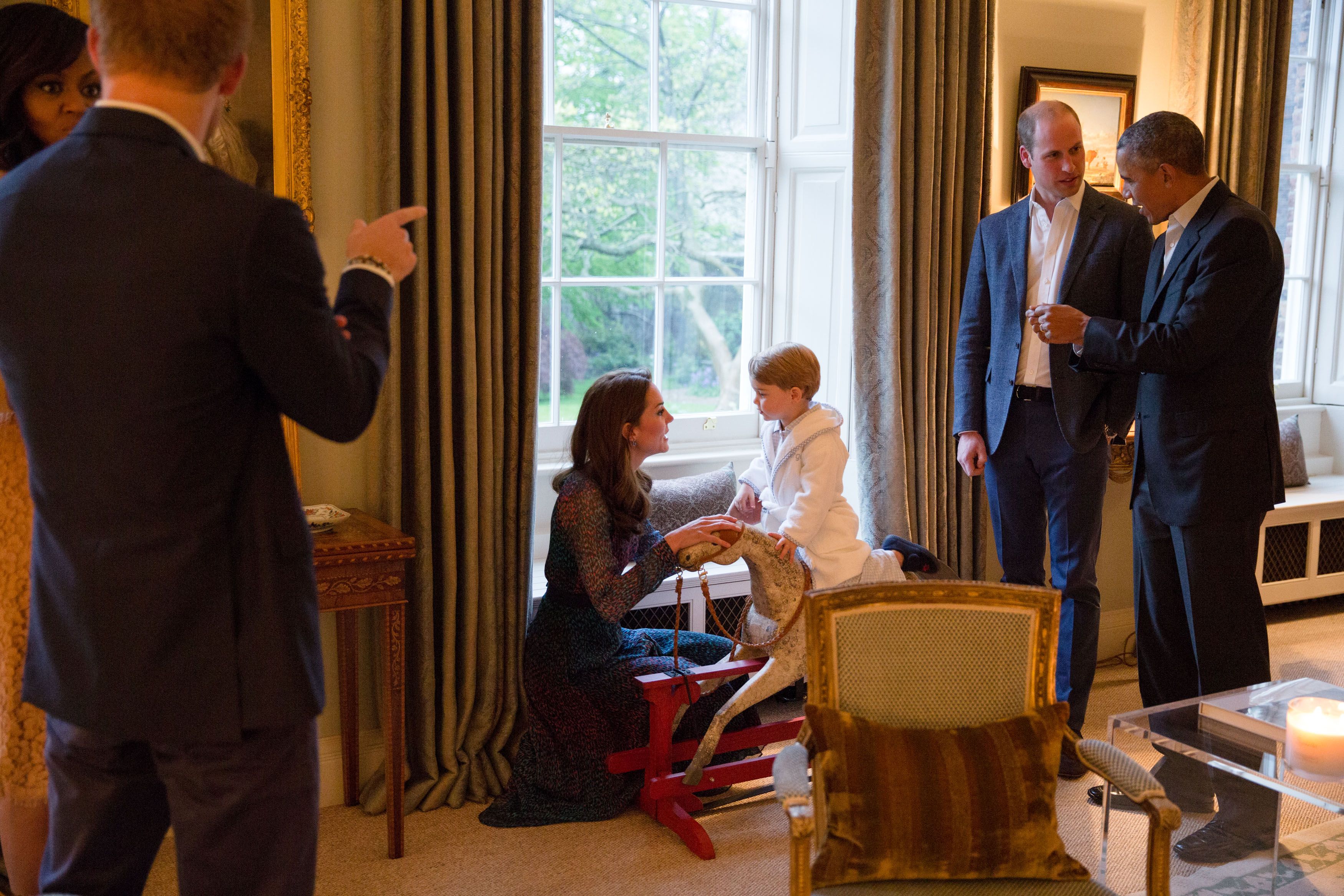 Obama even referenced this meeting when she congratulated the Cambridges on the birth of Prince Louis last year:

In her memoir, Obama recounted her memories of meeting with Queen Elizabeth, writing that their “controversial” 2009 hug started with mutual commiseration over uncomfortable shoes. “I then did what’s instinctive to me any time I feel connected to a new person, which is to express my feelings outwardly. I laid a hand affectionately across her shoulder,” Obama wrote. “If I hadn’t done the proper thing at Buckingham Palace, I had at least done the human thing. I daresay that the Queen was okay with it, too, because when I touched her, she only pulled closer, resting a gloved hand lightly on the small of my back.”

Obama also revealed President Obama always liked Queen Elizabeth, particularly because she reminded him of his own grandmother.