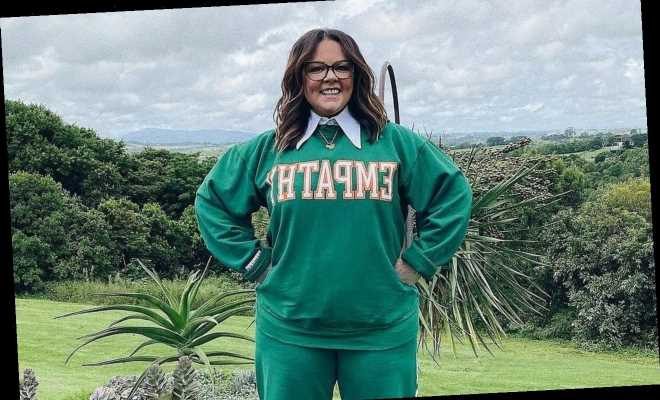 The ‘Superintelligence’ actress is recovering as she receives medical attention after she was bitten by a Huntsman spider while filming her projects Down Under.

AceShowbiz -Comedy star Melissa McCarthy recently had to seek medical help after she was bitten by a bug in Australia.

The actress is currently Down Under working on the movie “Thor: Love and Thunder” and the TV series “Nine Perfect Strangers“, but her time in the country hasn’t been a smooth ride, after sharing footage of herself with bandages wrapped around her hands and legs, and a towel on her head and neck as she recovered in bed.

In the clips, Melissa suggested she had been bitten by a Huntsman spider, which had left her “pretty puffy” and “itchy.”

However, she was able to laugh at the situation by interspersing the video with footage from a recent interview, in which she discussed her love of the Australian wildlife.

“I love that all of the bugs and creatures will kill you,” she smiled in the InStyle chat.

“I love that I’ve seen a spider the size of my head!” she added, as a picture of a Huntsman flashed across the screen.

She captioned the social media post, “After professing my love of Australian critters to @instylemagazine, I was quickly reminded by someone that I was conveniently forgetting the aftermath of some of those ‘magical’ bites… (sic)”

In the upcoming fourth “Thor” movie, Melissa McCarthy is tapped as an actress who plays Hela, the villainess portrayed by Cate Blanchett in the previous installment “Thor: Ragnarok“.

Meanwhile, she is set to share screen with Nicole Kidman and Luke Evans in the “Nine Perfect Strangers”.