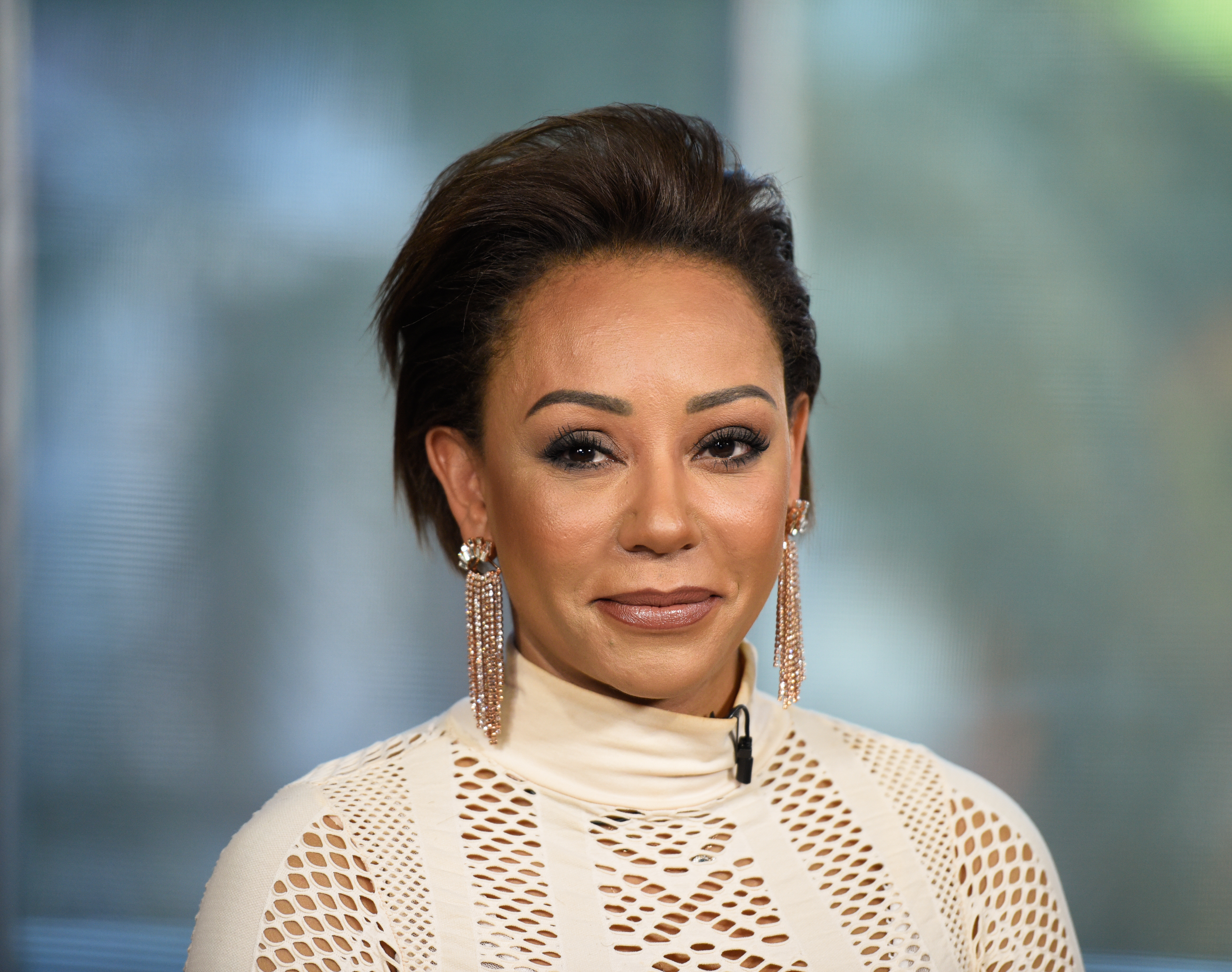 Mel B has visited her father’s grave to tell him the proud news that she has been awarded an MBE.

The former Spice Girl, 46, received the honour for her work with domestic violence charity Women’s Aid last year, having been named in the New Year Honours list.

Mel, who often speaks of abusive relationships from a personal standpoint, was also widely praised in 2021 for starring in a short film exploring domestic violence.

Her father, Martin Brown, died in 2017 after a long battle with multiple myeloma cancer, at the age of 63.

In a post to Instagram on Tuesday, Mel shared a black-and-white photograph of herself crouching by her father’s grave, wrapped up against the January chill with snow scattered around the cemetery.

She wrote: ‘This was the moment I told my dad about my MBE.

‘On his death bed I promised him I would leave my abusive marriage.He gave me that strength.

‘He would be so proud,I’m overwhelmed honoured and grateful and as patron of @womens_aid I will NEVER stop this fight to #stopabuse’. (sic)

The singer finished the post with a series of hashtags reminding victims domestic abuse is not their fault, urging them to speak out and assuring them their lives matter.

Mel has often spoken out about her grief over losing her dad, and has previously credited him with giving her the strength to divorce her husband.

She has alleged that she was in an abusive marriage with now-ex-husband Stephen Belafonte.

Mel claims that Stephen, who she split from in 2018, abused her; he has repeatedly denied the allegations.

The singer, also known as Scary Spice, previously wrote in her memoir Brutally Honest that she told her father she would only be able to start her divorce when he passed away, and he died soon afterwards.

Mel explained: ‘I didn’t go to my father’s funeral. I found a house and a divorce lawyer.’

Scary is the second Spice Girl whose services have been celebrated through the British honours system.

Victoria Beckham was made an OBE by the Duke of Cambridge in April 2017 in recognition of her 17-year career as a fashion designer outside of the band.

Joanna Lumley has also been honoured with a Damehood, while Daniel Craig has been made a Companion of the Order of St Michael and St George, the same honour given to his iconic character James Bond.