The fab four teamed up to launch the text messaging helpline that aims to support people in crisis. According to a press release from Kensington Palace, the service will provide 24/7 assistance to anyone experiencing mental health problems. The national service, which is supported by The Royal Foundation and considered part of Heads Together, was established by Mental Health Innovations in partnership with Crisis Text Line.

Shout will connect people with trained volunteers who can assist in moments of crisis, with the goal of returning them to a calm state and forming a plan to gain longterm help. The royals hope to bolster their community of volunteers from 1,000 to 4,000 by the end of 2019, and those interested are encouraged to apply on the organization’s website. 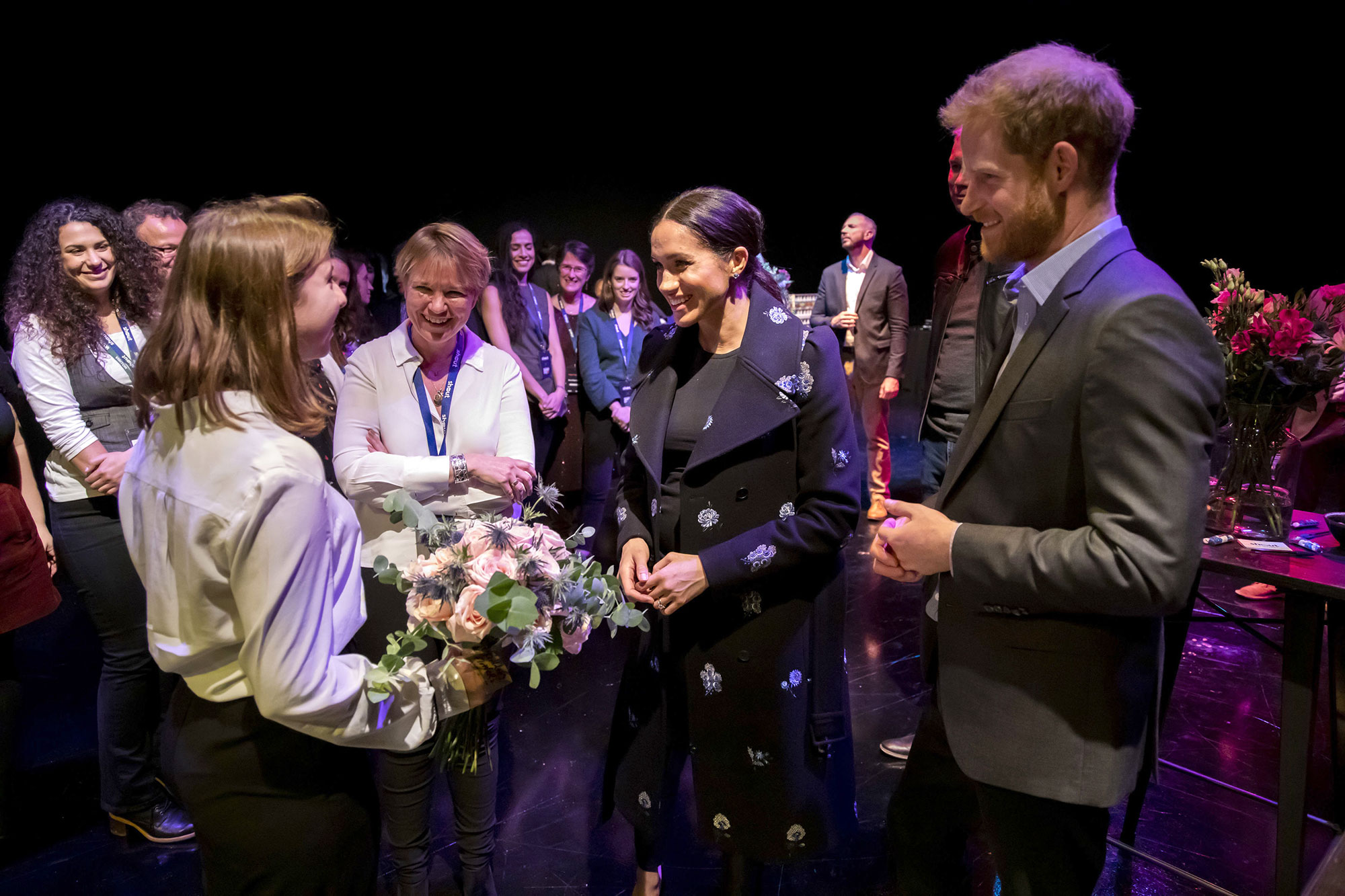 Meghan, 37, Harry, 34, William, 36, and Kate, 37, expressed their eagerness to kick off the program in a statement. “We are incredibly excited to be launching this service, knowing it has the potential to reach thousands of vulnerable people every day,” they said. “Over the last few months Shout has started working quietly behind the scenes. We have all been able to see the service working up close and are so excited for its future.”

The statement continued: “At the heart of this service will be an incredible national volunteer community, one which needs to grow to allow us to support more people in crisis. We hope that many more of you will join us and be part of something very special.”

The news comes days after the arrival of the Duke and Duchess of Sussex’s first child, Archie. 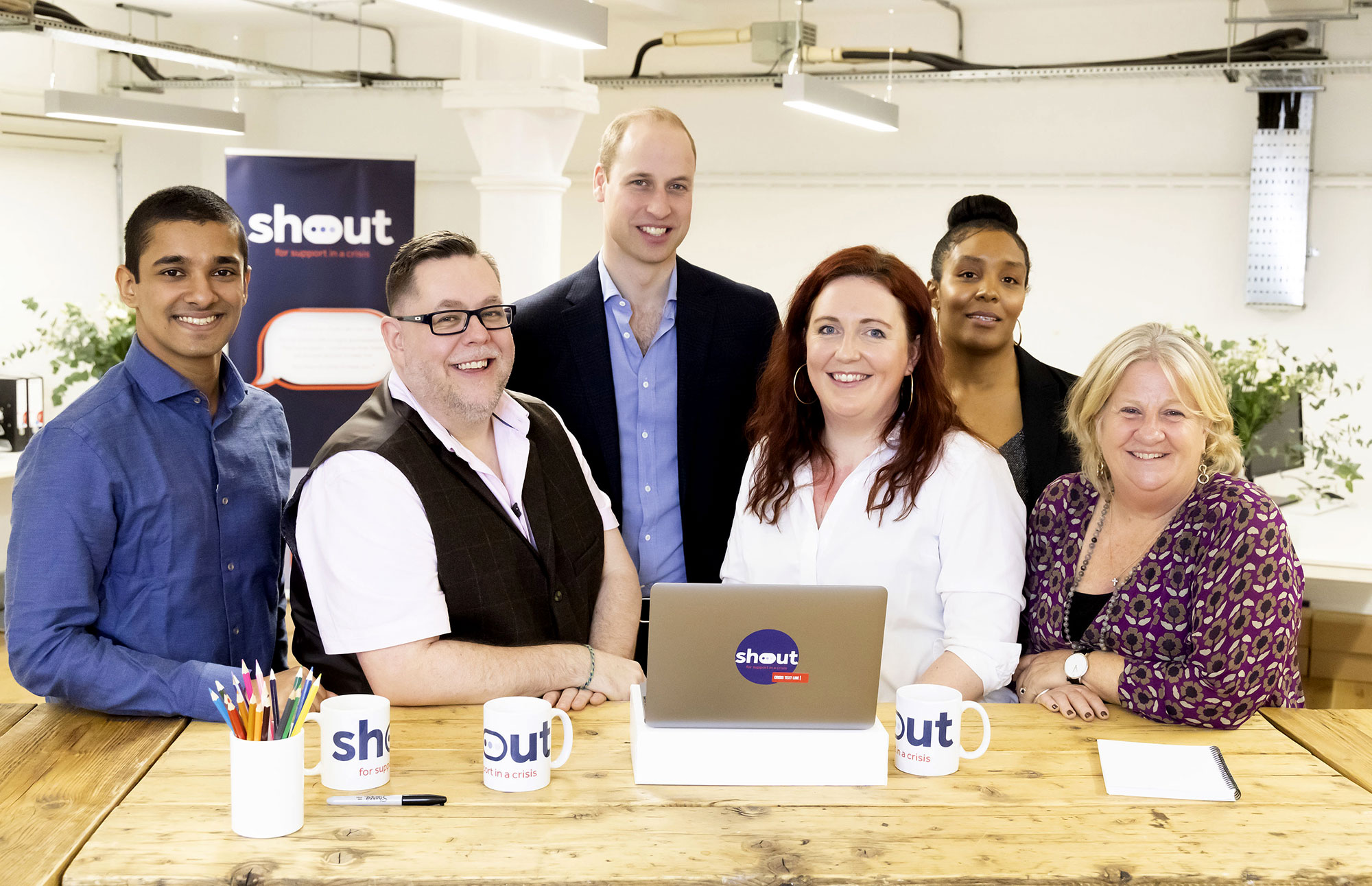 Harry launched the Heads Together mental health campaign with the Duke and Duchess of Cambridge in May 2016. The trio have since been open about their own struggles.

The Duke of Sussex came clean about battling anxiety and grief after his mother, Princess Diana, died in 1997. He admitted during an April 2017 interview with The Telegraph’s “Mad World” podcast that he sought therapy after he “shut down all his emotions” for nearly two decades.

William, for his part, noted that working as an ambulance pilot took a new toll on him after he welcomed his children with Kate. (The couple share Prince George, 5, Princess Charlotte, 4, and Prince Louis, 12 months.) “The relation between the job and the personal life was what really took me over the edge,” he said at a November 2018 This Can Happen conference. “And I started feeling things that I’ve never felt before. And I got very sad and very down about this particular family.”

For more information about Shout and volunteer opportunities, visit giveusashout.org.