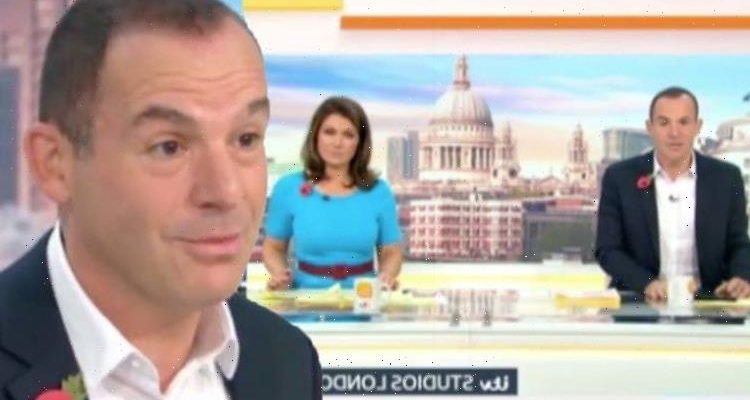 Martin Lewis, 49, has taken to his Twitter account to deny accusations that he ‘looked bored” during Susanna Reid’s conversation with Anne-Marie Trevelyan. The Good Morning Britain host could be seen checking some notes while his co-host spoke to the Secretary of State for International Trade.

One Twitter user pointed out that he “looked bored” in what they labelled “poor presenting”.

C9Craig wrote: “@gmb just watching Martin Lewis during Susanna’s interview of Anne-Marie Trevelyan and he was checking his phone and messaging, is he honestly bored?

Martin responded to the tweet, clarifying that he was checking the Nolan principles, which are the basis of the ethical standards expected of public office holders.

The presenter typed: “No, I was bringing up the Nolan principles of public life so I could accurately quote them.

“Researching is part of journalism.”

Martin received an outpouring of support from viewers who disagreed with his critics.

“You are my favourite presenter currently.

“Refreshingly you behave like a journalist rather than a celebrity. Thank you.”

AndyWood_Weston added: “Don’t fret Martin, unless you’d turned up with blue pompoms and helped deliver the ‘nothing to see here’ message I’m guessing the poster would not have been happy.”

Eggyfishmas enquired: “How is possible to not realise that’s what he was doing?” [sic]

Shirwan_Didar chimed in: “Ignore them Martin, the amount of good you have done for us all with financial information.

During today’s interview, Martin put a focus on the process for potential members of the House of Lords, who face the scrutiny of a committee before being confirmed.

But he pointed put that a proposed new Lord had been turned down by the committee only to be later confirmed by Prime Minister Boris Johnson.

Asking Anne-Marie on her stance on the situation, Martin said: “You’ve argued there was a process.

“Part of that process is approval by the House of Lords’ Appointments Committee.

“One of those former Tory treasurers was turned down by the House of Lords’ Appointments Committee, saying they did not think he was an appropriate appointment and was overruled by the Prime Minister.