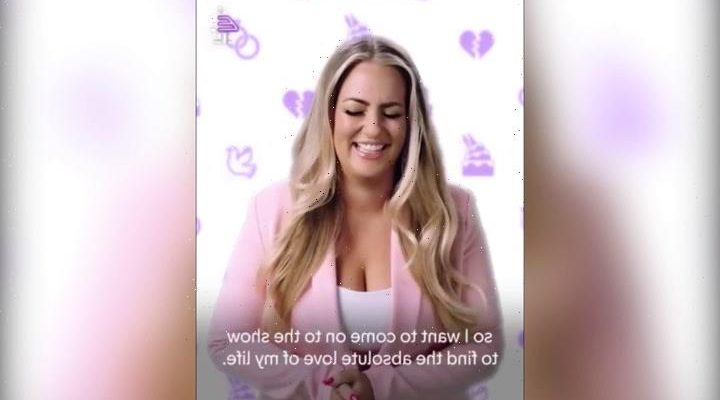 Married At First Sight UK is in full swing, and it's safe to say viewers are hooked.

Involved with pairing the hopeful singletons together so that they can marry a stranger at first sight are the relationship experts – Paul C. Brunson, Mel Schilling and Charlene Douglas.

Following scandal on the show so far, with Jordon admitting he had shared a kiss with Megan, who was already married to Bob, and Nikita being kicked off the show, we caught up with leading sex coach and relationship counsellor Charlene.

In a candid chat, she told OK! Online that there are times the experts "don't fully agree on everything" when it comes to the pairings seen on the show.

Charlene added: "We're quite similar in a lot of ways, Paul, Mel and I, but there are times when we don't fully agree on everything.

"The other person maybe convinces us and speaks more about their reasons but overall we come to the same decisions."

On the matching process, Charlene continued: "We get some people who are quite attached to the idea of 'I need to have my type right in front of me' and then you get others who are quite open to waiting to see how it all goes.

"With Nikita and Ant, there were definitely some challenges for them. But they've learnt a lot about themselves throughout this process, that's the main thing."

Married At First Sight Australia: Take a look at where the couples are now and who stayed together

"Of course there are questions around 'why were we matched,' but what we also know is that their type hasn't worked so far, so it's a question of are they ready to be open and try something different."

After enjoying a wedding ceremony followed by a honeymoon, the couples swiftly live together in an attempt to see if they can go the distance.

Charlene explained that this aspect of the show is all about "compromise," in a bid to make the matches work.

She added: "Josh has said in particular that there are times when things haven't worked out that he'd just walk away.

"So I think it's really shaped a lot of their characters to actually have to stay in the experiment – of course, they could choose to leave, but for so many of them they've stayed in the experiment and work things through.

"There are tears, there's been laughter and there has been resistance and of course not everything has been shown in terms of what the experts were saying but the advice that was given about sticking with something and doing things differently, and we really asked them to listen to what we were saying."

For Married At First Sight updates, sign up to OK!'s daily newsletter here