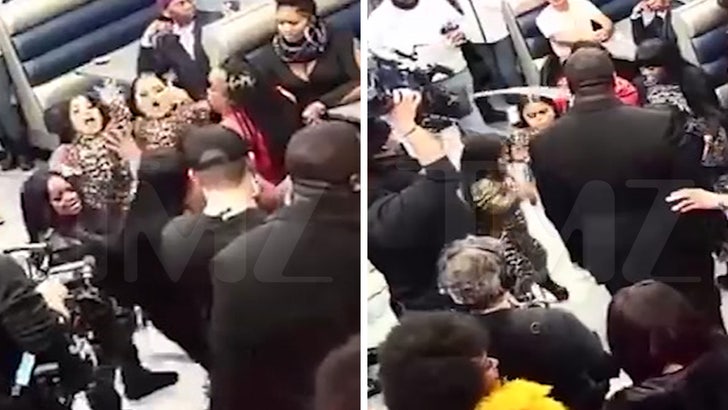 A few of the women on “Little Women: Atlanta” got super-mad at each other while cameras were rolling … and they put on quite the rowdy show.

Production sources for the Lifetime reality series tell TMZ … they were filming recently at Nouveau Bar&Grill near Atlanta for the launch of a new eyewear line by one of the cast members, Ms. Juicy.

At some point during the event — after guzzling some alcoholic drinks — we’re told the twins on the show, Amanda and Andrea Salinas, got into an argument with Abira. Our sources say the trash-talking escalated until finally, as you can see … a drink gets thrown at the twins.

One of the twins fires back … and all hell breaks loose. Though the twin who threw her drink gets carried away, the other one goes on the attack and appears to trade blows with Abira.

It looks like Ms. Juicy gets caught up in the mayhem and may have been struck as well. The fight’s broken up pretty quickly after that.

It’s unclear if anyone was injured — or if any of Ms. Juicy’s eyeglasses were broken — but it was likely all caught on video … so tune in to the show to find out.