The Met Gala is put on each year to raise funds for the Metropolitan Museum of Art, but for the celebrities who attend, it’s an event to show off the most extravagant outfits that opulence can buy. The Gala has an annual theme that attendees are supposed to adhere to, but this year’s concept of “In America: A Lexicon of Fashion” was, as ever, open to experimentation. Few people are as good at drawing the collective eye as Kim Kardashian-West, and she did so again with her divisive, full-body get-up for the Gala. The fully masked outfit generated a lot of talk on social media, and Kris Jenner gave fans a rundown of what it was like for Kim Kardashian under her Met Gala outfit. 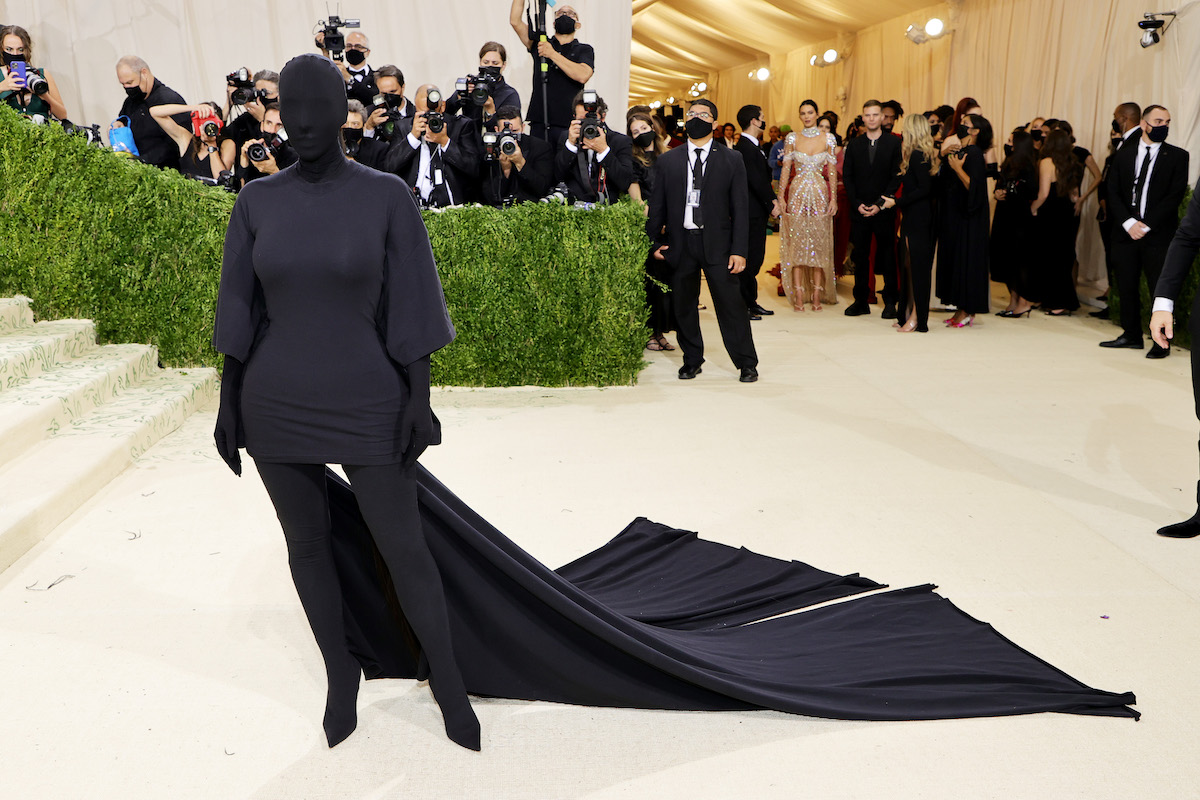 It’s rare that Kardashian shows up anywhere without people knowing she’s arrived, but no one would’ve known that she was at the Gala without her announcing her presence. She showed up in an avant-garde Balenciaga dress that covered her entire body and featured a long black train. Her recent decision to obscure her famous face and figure is something she has never done before, and her choice to do so was so out of character that some fans wondered if there was a stand-in underneath the mask. But it was her all along. (And the mask didn’t stop her from wearing full makeup to the Gala, either.)

Some Twitter jokers compared her look to the Dementors from Harry Potter, Scott Disick referenced Batman in Kardashian’s Instagram comments, but she did have some famous fans of her outfit. Kanye West helped to convince her to wear the dress (the dissolution of their marriage hasn’t killed their newfound appreciation for high-priced face coverings) and Vogue lauded her for subverting her long-standing image.

The old saying that “fashion is pain” is probably outdated, but Kardashian was clearly willing to give up some of her senses in order to make this outfit work. It turns out that wearing something that makes it impossible to see comes with some drawbacks. Kardashian admitted in an Instagram Story that she could only see the sparkly outline on Kendall Jenner’s dress when she attempted to talk to her, and Kris Jenner went on The Ellen Degeneres Show to further explain the luxurious hardships that came with the clothes. (The interview was summarized on People.)

“The whole evening of the Met Ball, Kim couldn’t see and she couldn’t breathe,” Jenner said. “So my boyfriend Corey (Gamble) was walking around, we were all together, and he was leading her to where we were supposed to go and helping with her ponytail. Suddenly, he was somebody pulling her around and a hairstylist all at the same time”.

Public awkwardness is not in the Kardashian playbook, even in a secretive environment like the Met Gala, but her situation did turn her into a physical comedian for a brief stretch of time.

“Halfway through the Met Ball, they asked [Kardashian West] to do something, like do a dance for Vogue. And we were on the stage. She had no idea what she was doing. It was so funny,” said Jenner.

What other stars caught the eye at the Gala?

Kardashian took to Twitter to ask the rhetorical question “What’s more American than a T-shirt head to toe?!” While her outfit’s relation to national history is suspect, she seems to be happy with what the dress did for her.

Of course, she wasn’t the only famous person who made waves at the Met that night. Jennifer Lopez and Ben Affleck stole the show with their matching fits (and the viral photo of them “kissing” behind COVID masks) while Rihanna and A$AP Rocky showed up wearing the most expensive version of a quilt your grandma would knit.

Meanwhile, Alexandria Ocasio-Cortez started a short-lived political brush fire after wearing a dress with the message “Tax the Rich.” Pete Davidson’s formalwear for the night was initially presented as a joke, but included a sincere tribute to his dad. (Maybe this is where he and Kardashian actually started their romance?)

On the more bizarre end of the spectrum, Kim Petras showed up with a fake horse’s head, Cara Delevingne displayed a provocative, if outdated tell-off for misogyny, and Frank Ocean came through with an animatronic, lime green baby in his arms. Its name was Cody.