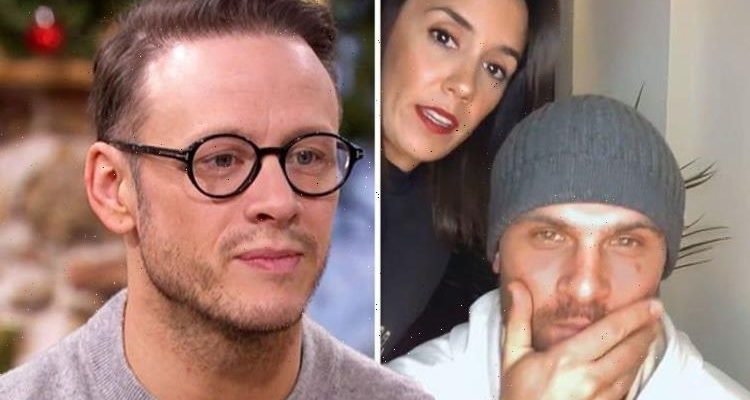 Kevin Clifton, who quit Strictly Come Dancing in March 2020, has opened up about his dismay over the last series of the BBC show. The Grimsby-born performer revealed he reached out to his pal and fellow professional dancer Aljaz Skorjanec, 31, after his astonishment over the judges scoring.

It comes after the Slovenian-born dancer was paired with BBC Radio 1 DJ Clara Amfo, 37.

The DJ and presenter faced a dance off with Jamie Laing and Karen Hauer, which divided the panel – Craig Revel-Horwood voted to save Clara, but Motsi Mabuse and head judge Shirley Ballas chose to save Jamie.

Clara and Aljaz scored 19 points out of 40 for their jive to Tina Turner’s iconic River Deep Mountain High, which landed them on the bottom of the leaderboard.

The dancing duo were later voted out of the competition in week six.

Kevin opened up about the judges’ scoring and admitted he had become “invested” in Strictly as a viewer.

“I remember there was one week, I think it was Clara [Amfo] and she got quite a low score,” Kevin explained.

“I was like, ‘That was way better than they give it credit for. That was really good.'”

He added: “I was texting Aljaz saying, ‘Oh my god, I can’t believe that.’

“And he was like, ‘No, it’s fine. Don’t worry.’ I thought, maybe I might be a bit more invested than everyone else.”

The West End performer admitted he has become a keen viewer of Strictly since departing the show.

“I thought I’m not going to be one of those people that leaves the show and can’t stop talking about it,” Kevin explained, “I’m going to be quite nonchalant.”

He continued: “I’ll watch it and I’ll enjoy it but I won’t get too involved.

“Honestly, by week two, I’m tweeting out ‘How is that a four from Craig. How can you possibly give that?'”

Kevin added: “I thought this is what everyone must feel like on a Saturday night watching it and being so invested in the show.”

Speaking about his time on Strictly, the West End star addressed his decision to leave.

Kevin remarked: “I had an amazing seven years on the show.

“I think it’s a really wicked show and I’ve got some great memories from it which I’ll always look back at fondly and I’ve still got a good relationship with everyone on the show.

“When I left nothing had gone wrong. I just thought it was my time and I wanted to explore more theatre.”

Strictly Come Dancing airs Saturday on BBC One at 7.45pm.