Kendall Jenner is one of the world’s most popular supermodels. As a member of the Kardashian-Jenner clan, Kendall Jenner first rose to fame on the family’s super-popular reality show but was able to break away from the family business and create her own path in the world.

Jenner is considerably more private than the rest of her sisters and rarely opens up about her personal life.

Still, one thing she doesn’t hesitate to talk about is her beauty routine, and recently, Jenner shared her trick for beautiful bed-head style waves.

How did Kendall Jenner become famous? 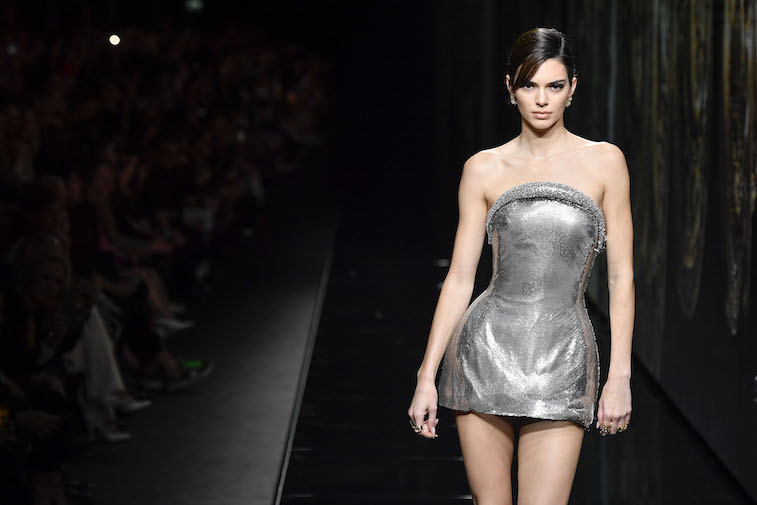 Kendall Jenner was born in California in 1995. The second-youngest sibling in the Kardashian-Jenner family, she was raised in a large, loving family, with many step-siblings. When she was twelve, Keeping Up with the Kardashians premiered on television. Not only did the show change the way that reality television was viewed in the United States, but it completely altered the course of Jenner’s future as well.

She decided at an early age that she wanted to pursue a career as a model, and partially thanks to her family’s influence, she was able to land a contract with a modeling agency when she was 14 years old.

It didn’t take long before Jenner’s leggy beauty caught the attention of top fashion brands such as Marc Jacobs, Donna Karan, and Tommy Hilfiger. Although Jenner has been the subject of some controversial ad campaigns over the years, including the infamous Pepsi incident, she has mostly managed to avoid drama and stays focused on her career.

1 week as a blonde, remember?

Kendall Jenner has a very different look from the rest of her family members. She has become famous for her lean, long-legged physique and her natural beauty. Still, it is hard work to maintain her model-worthy looks. In 2019, Jenner gave fans some insight into her beauty routine.

Some of Jenner’s most basic beauty tricks that anyone can emulate include not “picking your face” and to avoid “touching your face” whenever possible.

Jenner also admitted that she washes her face two or three times every day and is “super OCD” about making sure that she removes all makeup when she doesn’t need to wear it. She takes skincare “very seriously” and recommends that everyone wear eye cream.

As for specific products that Jenner turns to, she is a huge fan of Estée Lauder but admitted that she can’t “pick just one” brand or product in particular and likes to try a lot of different products.

Kendall Jenner is also noted for her fabulous, silky hair. As it turns out, Jenner is just as on board with the beachy waves trend as everyone else.

Messy, natural waves have been one of the hottest hair trends of the past several years, and while there are many ways to copy the look at home, including utilizing texturizing sprays and curling irons, Jenner’s trick for effortless waves is probably the easiest of them all.

To get textured waves, Jenner stated that she likes to go to bed while her hair is still wet. “My hair is so stick straight and silky. So when I sleep with it wet and wake up in the morning, it has this nice texture to it. That’s my version of doing my hair.” While this trick might not work for everyone, it is certainly something worth trying — after all, you might end up with the same supermodel-worthy hair as Kendall Jenner.